A slow popular song that is typically about love.

The ballad remains one of the most durable vehicles in any music genre. In jazz, it is a make-or-break format capable of revealing the haves and haves not in the jazz vocals department. There have been many nonpareil jazz ballad singers, Billie Holiday, Sarah Vaughan, Ella Fitzgerald and Shirley Horn immediately come to mind. Among the men are Frank Sinatra, Bobby Darin, Tony Bennett and Chet Baker, the latter being the only real jazzer of the bunch, but no matter. All of these artists had that "thing"—that innate ability to enter and transform the structure of a song, transforming it into something wonderful and vibrant, no matter how many times the song was previously recorded.

It was through one superb ballad singer and one sublime ballad recording that I became forever linking in the electrons of this magazine with the art of jazz vocals. Boston vocalist Rebecca Parris released My Foolish Heart in 2000. It was one of the first vocal recordings I reviewed for All About Jazz and it has stuck with me since, establishing itself as a gold standard to which all other similar recordings are compared. I have devoted the majority of the last number of years to reviewing jazz vocals because of this recording.

It took several more years to find a male counterpart to Parris. The ratio of female-to-male jazz vocalists in the last 40 years seems around 10:1. This disparity lessens the chance of finding a male vocalist comparable to Parris...lessens, but not eliminates. Then, in 2010, I had an SACD by Swiss singer Beat Kaestli, Invitation (Chesky Jazz, 2010) who turned standard ballads on their ear and made them dance. Yes, there is always Kurt Elling on one end, Harry Connick, Jr. on the other with Peter Cincotti in the middle, but Kaestli devastatingly pretty voice, only he can join Parris at this king-queen ball.

Singing ballads is about tempo, to be sure, but mere velocity alone will not move a song. It takes momentum, velocity and mass, mass in this case the dense emotion to move from the potential, unrealized art to the kinetic and fully developed message. It is alchemy to put all the elements together and have ballads like those on these two recordings. 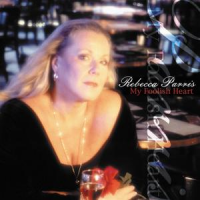 Vocalist and pianist Shirley Horn favored a lot of space in her ballads very much like her mentor and friend Miles Davis, who, after first hearing Horn's 1960 recording Embers and Ashes (Stereo Craft), would no longer appear at New York City's Village Vanguard without her. Both were sound chemists who readily compounded quiet, contemplation and spontaneity into their musical treatments. But even Davis chided Horn for her tempi, telling her, "You do 'em awful slow!" Listening to Embers and Ashes gives glimpse to a music-making philosophy rarely employed and more rarely employed well.

Defying gravity is a hard thing. How can a singer and accompanists supply the critical mass of pathos with a necessarily slow Newtonian velocity and keep the whole thing alive for five minutes? It takes talent and skill, both which must be nurtured and developed and placed in the proper musical context to detonate magic. Chemistry, Alchemy, Magic...it may be grace that allows such creation, but it also takes the right voice. Rebecca Parris in collaboration with her favored pianist and friend, the late George Mesterhazy, achieve this "critical mass of pathos" in what can only be considered a masters' class in ballad singing. They do so with the simple, yet elegant arrangements of nine well-considered pieces from the Great American Songbook, the first place to look for such.

My Foolish Heart is an album of all ballads, an animal scarce enough to be considered endangered. There is not one up-tempo song present. This programming enables Parris to concentrate on the emotional mechanics of these songs: the anxious fear of loss in the title cut and "Never Let Me Go," the melodic and lyric inspiration for Coleman Hawkins on "Body and Soul" and the tactile images of "Yesterday I Heard the Rain" and "When October Goes." Mesterhazy keeps his support sparse and his soloing condensed and appropriate. Their approach is organic and stripped down save for Mesterhazy's occasional use of synthesized strings.

It is Parris' resonant alto that is the star here. Her voice is plush and expansive, easily providing the energy necessary to keep things slow without dragging, and that is the trick, isn't it? Parris' showcase is the recording's closer, Tadd Dameron's fine "If You Could See Me Now" (lyrics by Carl Sigman). A true jazz standard, "If You Could See Me Now" is one of the perfect jazz ballads and one of the best known compositions by the vastly underrated Dameron. Parris summons just enough of a Betty Carter vocal elasticity to defy the space-time continuum and produce a perfect performance of the song. Mesterhazy adds just the right amount of synthesized strings to offer Parris' durable delivery a plush bottom as cushion. The symmetry and empathy shared by Parris and Mesterhazy make this an incomparable recording. 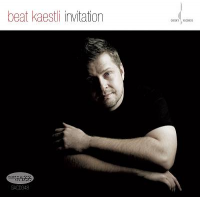 British playwright and composer Noël Coward, after seeing Lawrence of Arabia (Columbia Pictures, 1962), told actor Peter O'Toole, "If you'd been any prettier, it would have been Florence of Arabia." Allowing that this comment might meet the muster of contemporary political correctness, it nevertheless captures O'Toole's undeniably androgynous beauty portraying British soldier and liaison T.E. Lawrence. The same can be said of the perfectly balanced voice of Swiss- American vocalist/composer Beat Kaestli. Kaestli's voice is so damn pretty, hearing it could turn the listener into dark chocolate.

Conveniently, Kaestli covers "My Foolish Heart" offering a comparison with Rebecca Parris' vision of the same song. Parris opts for a simple and traditional accompaniment with her trademark slow tempo. Her sonorous voice rushes in to fill the copious space of the arrangement. Kaestli, in contrast, but not at the expense of Parris, chooses an even sparser accompaniment, in duet with bassist Jay Leonhart. His tempo is slightly brisker, a necessity of the closer confines of the song. Ornamentation is added via Joel Frahm's pungent tenor saxophone turning in a textbook solo chorus. Kaestli is playful and reverent to the composer while still pushing boundaries.

Kaestli's treatments of "My Romance" and "The Nearness of You," the former complimented by Kenny Rampton's trumpet and latter with guitarist Paul Meyers' soft chording, effect his voice floating above the slightly anxious percussion and shifting rhythms of his fine band. Kaestli's denoument are revelatory readings of "Moonlight in Vermont" and "I've Got You Under My Skin." Both songs' melodies are excised from their original context and sung with a dreamy languor that reveals the compositions' soft interiors. Rampton solo's tartly, muted in the former, never addressing the melody, only the feeling of freedom, again a duet between Leonhart and Kaestli. "I've Got You Under My Skin" is a lengthy sweet Morpheus induction. Both Frahm and Meyers share the soft stage with Kaestli, who as much purrs as sings.

Ballads are hard work. Their proper performance involves a lining up of the stars that is hard to achieve. Rebecca Parris and Beat Kaestli make this chemistry, alchemy, grace sound all too easy. That is their charm and talent. This is music for which to be grateful.