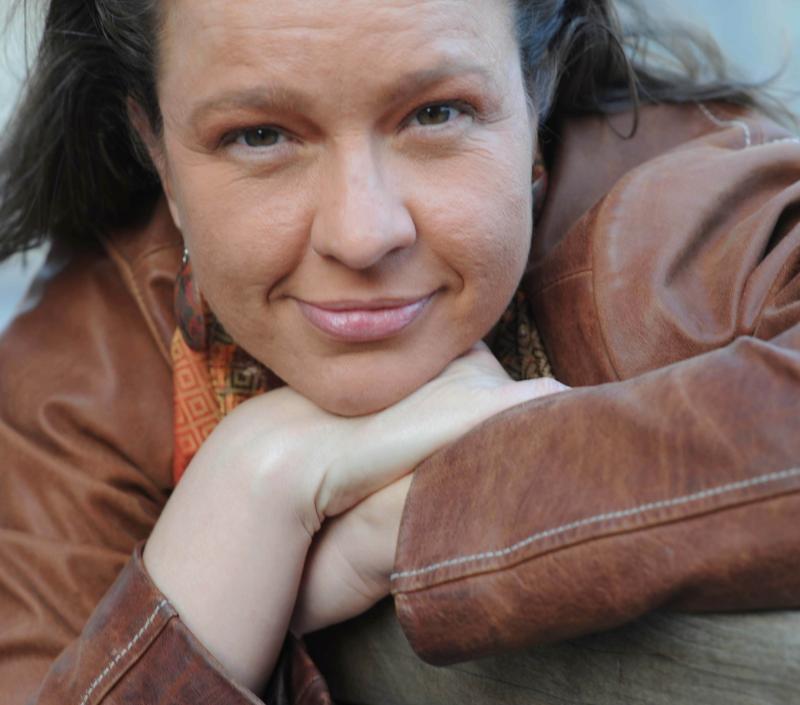 By AAJ Staff
December 11, 2010
Sign in to view read count
Meet Winnie Dahlgren: A native of Denmark Winnie Dahlgren started playing percussion at age fifteen, and received both her B.M. in music education and her M.M. in Performance from the Vestjysk Academy of Music in Esbjerg, Denmark. In the middle of her classical studies at the conservatory she took two years off to study jazz at Berklee College of Music in Boston. In 1996 she returned to Berklee College of Music from which she received a bachelor's degree in jazz composition and performance in 1997. She has since performed in both jazz and classical settings, with concerts in Europe, the United States, and Southern Africa. Dahlgren has surrounded herself with musicians from all over the world which allows her to swiftly move between the different styles, with styles ranging from classical to jazz, Latin and world music, and still retain their authenticity. The Winnie Dahlgren Quintet was in March 2004 on tour in Denmark performing concerts and workshops. During this time Winnie also recorded with the British singer Leo Sayer, for his latest CD.

In May 2007, Winnie went on tour to Mozambique, South East Africa, with her quintet to perform concerts and workshops. A project that will continue in May 2011.

Teachers and/or influences? The main reason I became a musician is thanks to my very first percussion teacher, who also happened to become my private teacher throughout my time at the conservatory back home in Denmark. After my first month studying total percussion in high school, she asked me if I had ever thought about becoming a musician?

Venturing into the world of jazz music, my first influence was Gary Burton. Coming to Boston to study jazz some of my teachers were: Bob Brookmeyer, Ed Saindon, Phil Wilson, Hal Crook, Ed Tomassi, and many more, whom all were and continue to be an inspiration for me.

I knew I wanted to be a musician when... As mentioned above it was really my percussion teacher who got me thinking about being a musician. When I was accepted to the conservatory two years later, I finally realized that this could possibly happen for real.

Your sound and approach to music: Since my background is in classical music—studying total percussion, I've always been used to having a different angle to jazz music, starting out in a different genre. When writing (and performing) music, my classical background will always be there in some shape of form. I like to mix the different styles, adding elements of Afro-Cuban, Latin, funk or other styles to a jazz composition.

Your teaching approach: When teaching students, it's important to have fun with them, while they learn the fundamentals. Most of the teaching I do is in contemporary harmony, arranging and composition. It's important they are focused, learn the rules, but also learn it's good to bend the rules and to think "outside the box."

My first reaction was to just skip this question; too many great musicians I would love to work with. But depending on the style, I would enjoy going home to Denmark and work with the Danish Radio Big Band. Maybe take a trip to Brazil to perform with Ivan Linz and Airto. Or stay here in the US working with Chick Corea, Stevie Wonder, Vince Mendoza and the list goes on...

Road story: Your best or worst experience: "Swinging Europe" is a European Youth Jazz Orchestra that tours every year with musicians selected from around Europe. In 1999 I was selected to represent Denmark.

We had a beautiful trip starting out in Denmark, going through Germany, Holland, Belgium, Luxemburg and France. Our last concert was in Montpellier in southern France in a beautiful outdoor courtyard of a former monastery. We were slated to get this very last concert recorded for a live album. Everything was set up, mics placed all the right places, sound check successfully over, ready to go on; and then, the sky opened up, with torrential rain, so no last concert, and no live recording. But despite the disappointing ending, we had a great trip playing many beautiful places in the aforementioned countries.

Carnegie Hall comes to mind. But one of the more unusual venues is in my own hometown—Kolding. We have an old royal castle in the middle of the city "Koldinghus" sitting on a hill. It dates back to the 13th century. The history of the castle is a bit turbulent with wars and several fires. The last fire laid the castle in ruins. However in the 1990's they carefully restored the castle without ruining the old historic monument. In 1996 Kolding was named the city of culture in Denmark, this was celebrated at the castle with a concert for 96 pianos and four percussion. As one of the percussionists I was part of this amazing project—and what a feeling standing inside the old castle, performing new music, with all this old history surrounding us.

Your favorite recording in your discography and why? Right now, probably my own album Till We Meet Again. My first album with my own compositions. The journey on this album started over three years ago, and it's a great feeling to finally have finished this project. I'm fortunate to live in a place where there are so many wonderful musicians, and happy to have some of them play on this.

The first Jazz album I bought was: The Oscar Peterson Trio, We Get Requests.

What do you think is the most important thing you are contributing musically? I hope it's beyond the music itself, and what I contribute through music. With my work as an educator, not only in the daily classroom teaching, but especially through my work abroad when going to places like Mozambique.

Bringing music education to people that otherwise would not have the chance, but have the desire and talent, is something that's very dear to my heart.

I used to compete in track and field. 400m hurdles was my favorite event. Running is still one of my favorite things to do, keeps the mind and body balanced.

How would you describe the state of jazz today? Very much alive.

What is in the near future? I'm busy right now planning a trip to Mozambique for May 2011, with a group of colleagues—fellow musicians/music educators. This is a continuation of my "No Boudaries/Sem Fronteiras" project, which I launched in 2007 with Mozambican singer Stewart Sukuma. The long-term plan is to found a non-profit foundation that will bring music education to places like Mozambique, where there's so much musical talent, and unfortunately not a lot of resources.

Plus with my album, Till We Meet Again, released, time to promote and find opportunities to perform with my band. So between my full-time day job and these projects, no time to get bored.

I'm an Associate Professor at Berklee College of Music. Enjoying teaching the students, while learning from them.

If I weren't a jazz musician, I would be a: Either some kind of doctor, the human body is an amazing machine, or something with lots of travel involved, I love learning about the different cultures around the world.