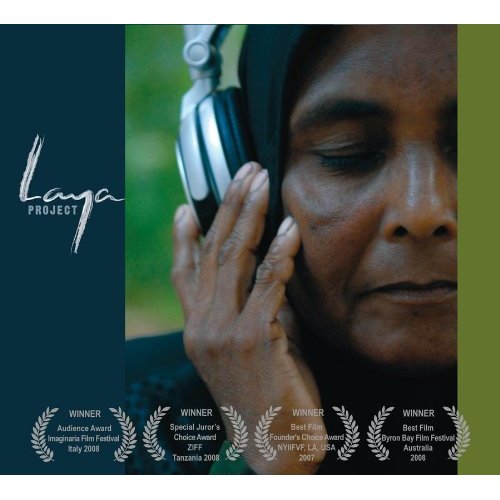 For two years, producers Sonya Mazumdar and Patrick Sebag journeyed throughout the coastal communities of India, Indonesia, the Maldives, Myanmar, Sri Lanka and Thailand, collecting field recordings of these nations' most respected folk, religious and national music. They compiled these recordings and released them in 2007 as The Laya Project (Earthsync) to honor how the region's cultural spirit steadfastly endured the wake and physical aftermath of the 2004 Pacific tsunami.

Suspecting that this could be just the beginning of their project, Mazumdar and Sebag released these tracks for DJs, remixers and producers in these countries to revision and remix according to their own unique global perspectives, and then turned the remixes over to producer Joshua Jacobson, who subsequently assembled them into A New Day—Laya Project Remixed. "Remixes, especially for Laya Project, allow the message of Laya and the sound of the villages in these six countries to reach new audiences and age groups," Jacobs explains. "This album will reach the dance floor, trance festivals, lounges, and even TV commercials and feature films, which will greatly expand awareness of The Laya Project and the people affected by the 2004 tsunami."

A New Day truly presents the sound and vision of a global music and beat. On disc one, a children's chorus singing praise to the "Glorious Sun," a Myanmar traditional that MC Yogi toasts Jamaica-style, is powerfully affecting in the way that only the voices of innocent children can be. Doubled strings and vocals slide up and down the Eastern scale of "Hai La Sa" cool and liquid, like refreshing water. For "Sunrise in Injumbakam," the music seems to rise and fall, ebbing and flowing like waves of heat and light radiating from the dawning sun.

Disc two of this Project continues to grow further out and yet deeper within. The soft jungle funk of "Sunset in Akkari" coolly complements the first disc's "Sunrise." Dub Gabriel layers looped congas, drums, and hand cymbals into the ancient/modern sounding rhythm track that drives "Tapatam." Two different takes on the traditional Indian Sufi chant "Ya Allah" move like spiritual panthers on big fat, padded beats (one version even gets tangled in thick Jamaican dub), vocals swirling together with strings to scorch your speakers, musical sandstorms in stereo.

A New Day is mostly—but not entirely—electronic alchemy. MIDIval PunditZ animate "Katala Talu" from its core pulse of acoustic guitar (or sitar) and human voice, and the traditional Indian melody "Going to Seville" sounds even more haunting and eternal when rendered on violin, and borne upward by shimmering harmony strings.

"'Laya' is a really resonant and rich Sanskrit word," Mazumdar says. "Along with many other things, it can mean fusion, union and embrace, all elements that echo in these remixes. It's the essence of what we and the remixers hope for."