Take Five with Michał, Adam and Piotr of the Confusion Project 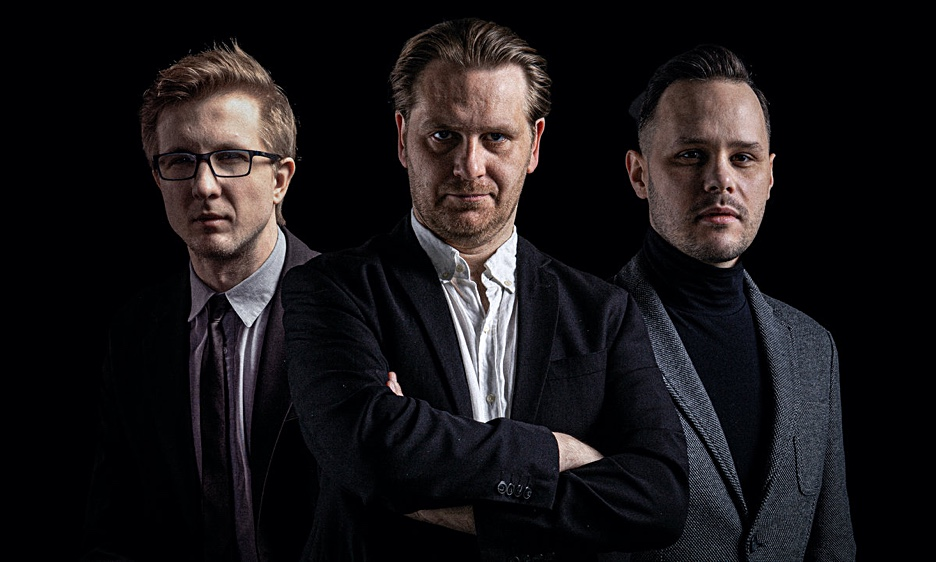 Confusion Project is a jazz trio from Poland, established in 2013. Confusion Project could be said to take a neoromantic approach to jazz fusion, with extensive compositions, strong melodies and complex rhythms.

Confusion Project has released 4 albums to date. The latest one, entitled Last was released in October 2021. The music is inspired by the band's concerns about our future in terms of global warming, pollution and other environmental issues that the world is facing nowadays. The album was produced as environment-consciously as possible, with the digipacks made entirely of recycled paper.

Since 2020 Confusion Project ha s been cooperating with Tree Nation. The band supports various reforestation projects aimed at restoring damaged ecosystems with their initiative #1CD1tree. So far, the band has supported the planting of over 1,100 trees on several continents. The members of Confusion Project are: Michał Ciesielski, piano; Piotr Gierszewski, bass guitar; and Adam Golicki, drums.

MC: I was lucky to have had several great teachers, the three most important for me being: Włodzimierz Nahorny, Leszek Kułakowski and Sławek Jaskułke. Influences: Bill Evans! Also Chick Corea, Brad Mehldau, Esbjorn Svensson, Tigran Hamasyan, Shai Maestro, Hiromi to name a few.

PG: Listening and watching others was always the base of my development, so for me the best teacher I ever met was Youtube and Spotify. Of course the Music Academy in Gdansk was also very important for me. My influences: Richard Bona, Janek Gwizdala, Hadrien Feraud, John Patitucci, Anthony Jackson, James Genus, Tom Kennedy, and many others.

MC: During my college years—whenever I was carrying my keyboard up the stairs after a gig in the middle of the night asking myself "Why am I even doing this?" and then following up with another question "Would I ever switch to doing anything else?"

AG: I was in kindergarden and I saw an army orchestra playing for children in my town. I was standing in front of the drummer and staring at him in awe.

PG: When I first had an opportunity to play music together with other people.

MC: For me music is telling stories. Having a certain story in my mind, a certain thing I want to say helps me with both composing and improvising. Once you have a story that you want to share, it's just a matter of translating it into the language of music. As a consequence, I guess, I often find my music sounding more like cinematic or classical music, rather then what is perceived as mainstream jazz.

AG: I have a very wide approach to my sound because I love many different styles of music, and each one requires a different playing approach. For me in general music can mean many different things—and it's either good music or bad music.

PG: In an ideal world I would want music to be a conversation. When there's this moment in the musical abstraction when every note, every phrase has a sense, a meaning, and fits perfectly in the common space, that's when magic on stage happens.

AG: I teach children, music academy students and I also give private drum classes. My philosophy of teaching is simple: The main goal is to have generations of conscious music fans. One good example of my approach is an experiment I started years ago with two young musicians Michal and Piotr and their progress.

MC: I'm already in one with these guys. But having a symphony orchestra contributing to the sound of our trio would definitely be a dream come true.

MC: In 2014 we were taking part in a European Jazz Contest, the semi-final was held in Siena, Italy. Our plan was to take an evening plane to Rome, sleep there and then take a morning train to Siena. So we booked all the tickets... and forgot to book a hotel. We ended up spending all night just roaming through Rome and exploring the city. We were totally exhausted, but that was definitely a night to remember.

AG: One really funny story comes to my mind. It was back when I was driving a Ford Mondeo and was going with Michal, Piotr and a friend of ours, a vocalist, Gabi Janusz, to a music contest in the south of Poland... At the very beginning of that journey it turned out that my car was completely out of fuel...The car stopped on the street just a few meters away from a petrol station which I reached allowing my car to roll back just straight to the fuel distributor...Everyone was screaming and laughing at the same time!

PG: Those were definitely two stories that I also consider my favorites.

MC: I have been lucky to play in quite a few beautiful venues, but I really enjoy playing outdoors, especially when it's surrounded by nature. I remember playing a few times in Teatr Leśny (Forest Theatre) in our hometown Gdańsk. It's an outdoor scene literally in the middle of a forest. Hearing birds singing in between my phrases was a very special experience. I loved it!

AG: My favorite venue was the hall at Java Jazz Festival (Indonesia) and the small concert hall at the music academy in Krasnojarsk (Russia).

PG: It's really hard to pick one place, because that wouldn't be fair towards the other great venues I've been privileged to play in. I do think though, that the biggest, most memorable concert is still ahead of me.

MC: Always the next one! But if I were to choose from our already existing discography—our latest album Last. Not only am I happy with the result music wise, but also because of the environmental impact I hope this album will have. I believe it's very important, especially nowadays.

AG: It's really hard to pick one. Maybe my debut album Ad Shave for sentimental reasons.

MC: I believe the most important thing any musician can contribute is honesty on stage. When it comes to composing music—in my case it's lyricism and focusing on the melody. For me, melody is the music element that helps the most with achieving an illustrative factor—using leitmotivs, using some phrases in a different context throughout a piece of music is something that I really like exploring.

AG: Always aiming to be a better human being and to inspire others.

PG: As any other musician—I bring my unique story to the music. And my aim is to give a solid foundation and inspiration to the musicians I play with.

MC: I really enjoy writing songs. If you have some lyrics and you need music—I'm your guy!

PG: Anything, where the groove and drive is up to mister Anthony Jackson.

MC: I'm definitely not an expert on this topic, but I think there's a growing number of young artists either doing some very creative and progressive stuff within the jazz idiom, or putting some elements of jazz into into their music, whether it's hip-hop or R&B or pop, you name it. So I think jazz has become a great source of inspiration for artists specified in other genres.

AG: The state of Jazz is really not so bad today. The times have changed, it's no longer the '50s or '60s, but jazz still has a niche, where it can thrive today.

MC: In my opinion—promoting the culture of active listening to music for a longer period of time. Jazz in my opinion is not a genre of music that can be properly digested in a form of a 30-second video on a social media platform. And yet even for me—being a musician, it's hard to find the time and energy to listen to a whole album in one take. I guess it's important to remind oneself and also to be reminded that music can give us the deepest and most beautiful emotions when we give it enough time.

AG: In my opinion it's really important for the young generation to listen to jazz masters and to make tributes to their music.

MC: Right now I'm living in Beijing and I'm happy to be a part of several interesting projects here. I hope to record some of them soon. And then—if the pandemic allows us,—we're planning an international concert tour promoting Last for 2022.

AG: I'm during a concert tour with my own trio and working on upcoming dates. I'm also looking forward to touring with other wonderful projects.

MC: Sudden loud, deafening noise coming from my monitor due to some feedback. It has happened to me a few times.

AG: I fear that I would be exhausted on stage, playing too many gigs in a short period of time.

PG: Lack of communication between the musicians on stage

PG: I'm married to an exquisite vocalist Hanna Wozniak, so humming and singing at home is her job.

PG: Playing in the ensemble of Gdynia Musical Theatre

AG: An actor or an English language teacher.

MC: Jerzy Wasowski—a 20th century Polish jazz composer and songwriter. If his personality resembled his music, then this would be a most delightful evening.

AG: Frederic Chopin, because I could ask him if we could perform a concert together with me playing the drum set.