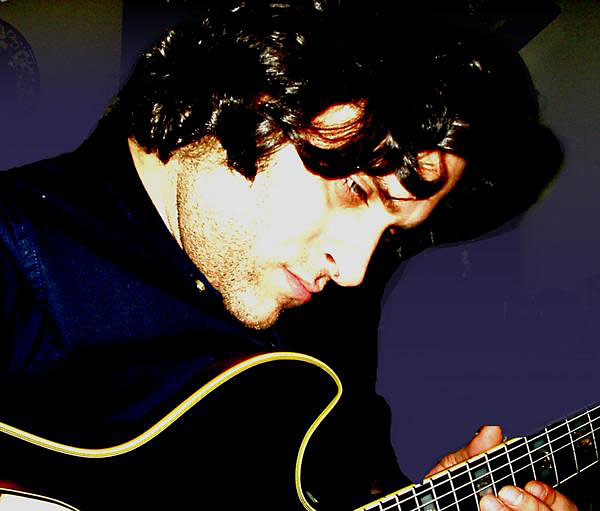 Marco started playing guitar at the age of 12. He was primarily a self-taught rock guitarist before beginning his formal music education at Conservatory of Music at Brooklyn College, where he studied classical guitar for two years and obtained a Bachelor of Arts degree in Music Composition. Marco continued his music education at the Aaron Copland School of Music at Queens College, where he was awarded a Masters degree in Music Composition.

Marco is a prolific composer and has four albums available through OKS Recordings of North America. Compositions focus on the innovative use of electric guitar in the genre of electro-acoustic music.

Marco has also had the great honor of being included in a book of guitarists called State of the Axe: Guitar Masters in Photographs and Words, by Ralph Gibson (Yale University Press, Museum of Fine Arts, Houston, October 2008). The book includes over 80 guitarists, with luminaries such as Les Paul, Jim Hall, Bill Frisell, John McLaughlin, Allan Holdsworth, and Andy Summers.

I knew I wanted to be a musician when... I first picked up the guitar seriously at the age of 12.

Your sound and approach to music: Freedom through discipline, experimentation and imagination. The relationship between sound, noise and pitch related material.

Your teaching approach: Emphasis on both the fundamental aspects of music education and the encouragement of creativity and exploration.

Your favorite recording in your discography and why? Mechanical Uprising (2010) because it is my most recent release and I feel as if I am getting better with each album.

The first Jazz album I bought was: Jigsaw, by Mike Stern.

What do you think is the most important thing you are contributing musically? A good combination of the esoteric and accessible. A type of sophisticated music that does not require a formal music education to appreciate and enjoy.

I am a big baseball fan.