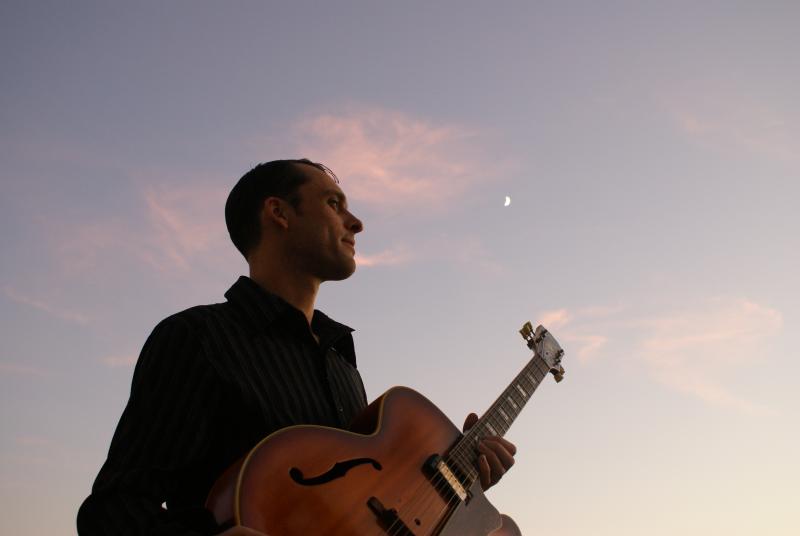 By Daniel Andersen
November 22, 2011
Sign in to view read count
Meet Dan Andersen:
Dan Andersen is a jazz guitarist and composer based in Los Angeles who earned a doctorate from the University Of Southern California Thornton School Of Music.

In 1999, Dan left his home town of Blue Lake, California, and began working as guitarist in show bands on board various cruise ships. In 2001 he relocated to New Orleans where he performed at many of the city's venues, including Snug Harbor, as well as earning a Master of Music degree from the University of New Orleans.

Teachers and/or influences?
I am very fortunate to have studied with so many people who have helped me grow and who allowed many opportunities: Dr. Jerrold Moore, Dr. Marco Katz, Dr. Dan Aldag, Thad Beckman, Sam McNeal, and Greg Sisk. Dick Koenig, my first jazz guitar instructor, helped guide me in learning jazz guitar and helped lay a foundation for most of the things that I do. My classical guitar teachers Don Henriquez, Mike Walsh, and Adam del Monte helped bring a greater depth to my guitar playing. Later studies with Steve Masakowski, Hank Mackie, Brian Seeger, Pat Kelley, Bruce Forman, and Carl Verheyen were of great value to my growth as a musician.

I knew I wanted to be a musician when...
I began playing the guitar in the eighth grade and somewhere during the following four years of rehearsing, writing, and occasional performances in a rock band with my very close friends Brett McKinney and Jacob Morgan, I began feeling very strongly about the pursuit of music as a profession.

Your sound and approach to music:
Primarily, I achieve a clean tone by using either an Ibanez AS-50 or a 1951 Epiphone directly into Fender tube amps, but I also love to use effects pedals and guitar synthesizer.

Composition has been an important activity that has helped the process of developing my musical identity. Writing music was something that I did as soon as I began playing the guitar. It was fun to work with sound and experiment with it before even understanding any formal rules and music theory. There is a lot that a musician can learn from composing; it is a very personal way to create an understanding of music.

Your teaching approach:
I treat the learning of music much like the learning of a language which includes: speaking, reading and writing. Ultimately, students should gain skills and habits which enable them to find their own musical independence.

Your dream band:
I would love to work with Joe Lovano, Ron Miles, or Paul Motian. Generally, an ideal band would consist of musicians with great ability as well as love for the music at hand. I like to work with those who put great effort into performing music and who want to be there on the gig.

Road story: Your best or worst experience:
In September of 1999, when the cruise ship I was working on caught fire and was adrift in the Caribbean. I remember telling some of my band mates: "I'm never doing this gig again!" As it turned out, the following year I was back onboard a ship in what was to be one of many cruise ship contracts.

Favorite venue:
One of my favorite memories was performing at Dell'Arte, an international school of theatre which holds the annual Mad River Festival. I led a quintet in there in 1995 which premiered some of my early jazz compositions to a great audience.

Your favorite recording in your discography and why?
Duke Ellington & John Coltrane comes to mind. Although I love the whole album, "Angelica" is my favorite of the album; it puts me in great mood every time I hear it and grooves so much. There was such a great contrast between Ellington and Coltrane that worked so well.

How would you describe the state of jazz today?
I think the state of jazz is one of many great improvisers and composers young and old. There is no shortage of creativity, innovation, and new combinations of musical elements. I am very interested in contemporary musicians and I look forward to hearing their new music.

What are some of the essential requirements to keep jazz alive and growing?
The exposure of jazz in its various forms to young audiences though concerts and music education are the main requirements.

By Day:
I am also a music educator, and I tend to be very enthusiastic in helping people learn about music even when I am not at work.