After an intensive career as a young pianist working for important pop Italian singers in Catania, his birth town, Amato moved to Milan in the mid-’80s, where he continued his work as a composer and an arranger. During this time, Amato began to collaborate with a variety of pop artists; his musical productions extended to a wide range of sectors, but the television-cinematographic one received the most focus. Among his productions, the most significant ones are his compositions for children’s TV shows of the Italian network, Mediaset. Just as remarkable are his productions of all genres for the main national networks: theme songs for prime time shows and newscasts, TV shows and soap operas, sit-coms and TV movies

The Whammies: Play the Music of Steve Lacy Vol. 2 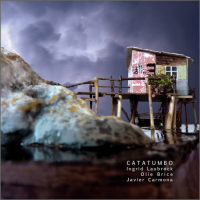 Funk Off: Power to the Music