After an intensive career as a young pianist working for important pop Italian singers in Catania, his birth town, Amato moved to Milan in the mid-’80s, where he continued his work as a composer and an arranger. During this time, Amato began to collaborate with a variety of pop artists; his musical productions extended to a wide range of sectors, but the television-cinematographic one received the most focus. Among his productions, the most significant ones are his compositions for children’s TV shows of the Italian network, Mediaset.

Just as remarkable are his productions of all genres for the main national networks: theme songs for prime time shows and newscasts, TV shows and soap operas, sit-coms and TV movies. Amato’s productions also include numerous movie soundtracks, such as for the movies “I Mitici” (“The Heroes”) by Carlo Vanzina, “Svitati” (“Screw Loose”) with Mel Brooks, “Ti voglio bene Eugenio” (“Eugenio, I love you”) with Giuliana De Sio and Giancarlo Giannini, and the soundtrack for Jerry Calà’s “Torno a vivere da solo” in 2008 and “Operazione Vacanze”, in 2011. Amato frequently collaborated with spotlighted artists in the Italian music scene, who have appeared at various points in time at the Sanremo Music Festival: “Ti penso” composed for Massimo Ranieri for the 42nd edition of the Sanremo Festival and “Amoreunicoamore” sung by Mina in her 2010 album “Caramelle”, among others.

In 2005 Amato began his collaboration with the Wild Rose Company in London, and was commissioned to compose music for their dance shows on ice. His compositions for Snow White on ice (2005), Peter Pan on ice (2006) and Beauty and the Beast on ice (2007) were sensationally successful for both critics and audience. In the last few years, Amato’s creative activity has taken various paths: on one side, his cinematographic compositions; on the other, his productions for orchestras and musical ensembles. The latter category includes his Religious Cantata for voice, chorus and symphonic orchestra, his Ricercare in re minore for the sax, soprano, and organ, composed for the duo Tagliaferri-Sciddurlo, and his The Happy Prince, a musical tale for instrumental ensemble and voice over. This last work, created in March 2006, was published by Feltrinelli-Curci within the project “arte solidale” in collaboration with ACLI. This opera was performed by the Instrumental Ensemble Scaligero (directed by Flavio Emilio Scogna and by Gabriele Lavia, voice over), who, in the summer of 2007 performed, The Happy Prince in Japan. In 2009 the opera was performed in various Italian theatres. Also in 2007, in collaboration with the Ambrogino d’Oro, a children show founded in 1964, Amato participates with the song “Dino and Tino”, that was awarded the first prize.

In 2009, Amato moved to the USA where he began various collaborations in the cinematographic, theatrical, and TV sectors. The opera “Religious Cantata” that was initially developed in Italy towards the end of 2008, was finally produced, and much acclaimed, in 2011 in Boston, with the title “Illuminessence, prayers for peace”. This piece marked the closing of the events in memory of the victims of 9/11 in New York. The opera was performed by the orchestra and choir “The NEC Youth Philharmonic”, directed by Benjamin Zander. The concert was broadcast on air by WGBH nation-wide and was streamed world-wide Show less

From: Variations Of Relevance
By Silvio Amato
Last Updated: March 14, 2020 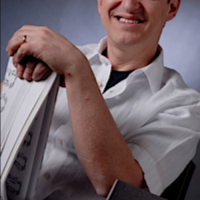 All About Jazz musician pages are maintained by musicians, publicists and trusted members like you. Interested? Tell us why you would like to improve the Silvio Amato musician page.