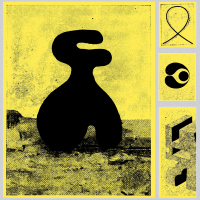 In spite of its relatively recent vintage, Oto (Bo' Weavil, 2010), the first encounter between Joe McPhee and British improvising trio Decoy, has quickly become one of the veteran multi-instrumentalist 's most popular recordings. By way of follow up Spontaneous Combustion first released as a LP, but now reissued as a double CD with added tracks, documents the second and third concerts by the band during a two night residency at Cafe Oto in October 2011. It's not too fanciful to call them a band. Even though Decoy has an independent existence, and has also combined with the likes of Sun Ra Arkestra reedman Marshall Allen, the empathy between the threesome and McPhee is nothing less than stunning.

McPhee's vinegar and honey amalgam of post-Ayler fire and extemporized lyricism is already well-established. However Decoy as a unit has a lower profile. On bass it includes John Edwards, who furnishes ample confirmation of why he's in demand for almost every worthwhile session in London, while on drums is Steve Noble with who he forms a frequent pairing (both are part of Peter Brötzmann's English trio for example). But what sets Decoy apart is Alexander Hawkins' choice to utilize Hammond organ rather than his more familiar piano. He makes a virtue of the Hammond's lack of precision, working from a palette of broad brush smears, dynamic splatters and finely drawn whistles.

McPhee allows the trio space to stretch out and they reciprocate by diligently seeking ways to set off his pocket trumpet and saxophone to best advantage. In spite of the generational differences all four are accomplished breakers of new ground. They partake of collective route finding of the highest order without the benefit of any compositional satnav. Three long form improvisations progress through well-judged transitions, evidence of intensive deep listening and laudable absence of ego.

"Spontaneous Combustion 1" opens with McPhee's pocket trumpet squeals and stutters, over a pointillist backing which gradually coalesces behind heraldic fanfares. After many years performing in tandem Noble and Edwards prove virtually telepathic in their understanding, moving in and out of tempo at will. Once McPhee switches to alto saxophone, they slide into relaxed earthy ballad territory, which presages one of the first high points: a passage of intertwining alto and bowed bass in which they phrase as one. Another pinnacle comes as McPhee's blues drenched lines transmute into anguished vocal cries, somewhere in uncharted wilds between speech and music.

Of the newly issued material (from the second night of the band's residency), "Set 1" proves more episodic, featuring a series of rapidly evolving vignettes, including some splendidly tangled drum and bass thickets. Noble matches Edwards' explosive energy with an almost bottomless repertoire of arresting tone colors from an array of untethered cymbals. He also enjoys a percussive interchange with Hawkins' Hammond, which firmly evokes the Sun Ra end of the organ spectrum. "Set 2" convinces as the most raw and unrestrained, starting at an immediate peak with McPhee's insistent alto and fiery accompaniment.

After such crowd pleasing proceedings the final "Encore" almost seems counterintuitive as McPhee blows elegiac pocket trumpet over prickly but subdued support. It only goes to demonstrate the unpredictability and invention of this group and provides a powerful argument, were one needed, as to why the association should continue.