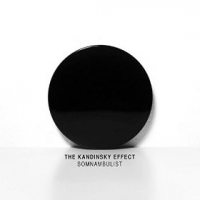 An active touring unit, the musicians shred musical perimeters to smithereens on their third album. Rooted in modern jazz, the trio morphs funk, rock and electronica into the big picture amid pulsating grooves, shimmering accents and otherworldly treatments, as if a UFO transported them from a distant planet. But saxophonist Warren Walker leads the charge with his up-tempo phrasings and melodically tinted extended notes, aligned with drummer Caleb Dolister's snappy backbeats and Gael Petrina's deep bass lines.

They huff, puff and blow the studio down on most of these rebel-rousing tracks, although they temper the pitch on "Annabelle Chases a Bug," due to Walker's velvety sax lines that gravitate to a jagged experimental muse along with subliminal effects and Dolister's polytonal cymbals and percussion maneuvers. With "Chomsky," the trio is a multitasking sound machine with glimpses of heavy metal jazz, while implementing a staggered cadence during "Taghzout," where Walker's yearning notes provide similes of someone reaching out to be heard somewhere in the heavens atop a punchy jazz rock motif and Pertina's penetrating riffs. Thus, each track stands firmly on its own.

An ambient electronica backdrop surfaces on "Sunbathing Manatee," as the bassist states the primary theme via nimble plucking and softly iterated tonalities. Yet the band opens the floodgates with a tuneful hook, manifested by the saxophonist's echoing, soul-drenched choruses, contrasting Dolister's accenting use of mallets across the toms. Overall, the artists' communicate a hip deportment that merges serious minded technical acumen with toe- tapping, intergalactic undertones and a knock your socks off mode of execution.