By JIM WORSLEY
November 1, 2020
Sign in to view read count

Jazz was really the music that facilitated integration among the races in this country and never got credit for it. —Sonny Rollins 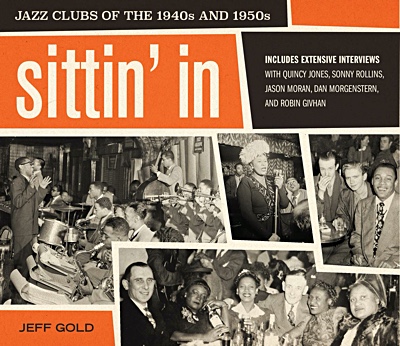 Every picture tells a story. After mining for gold in the form of photographic riches, author Jeff Gold knew he had a rare and precious find. Previously undiscovered vintage photographs from jazz clubs of the 1940's and 1950's. Oh, we've seen plenty of shots of Count Basie or Miles Davis, but not of the people at the clubs. The audience is no longer invisible, and they have a lot to say after all these years. To our good fortune, Gold shares these until now unseen images for us to ponder, enjoy, and feel the untold stories. Your own personal imagery of another time and place, a different era, unfolds before you. Perhaps better said, inside you. Merely flipping through this treasure trove of photographs, jazz club menus, tickets, and assorted other vintage jazz memorabilia is to cheat yourself of the experience. This book is presented as an art gallery or museum. Put your motor scooter aside and walk through leisurely and thoughtfully. Pause along the way to absorb the depth and meaning of what is before you. Without reading so much as one word, this book speaks volumes.