By Nenad Georgievski
November 2, 2020
Sign in to view read count 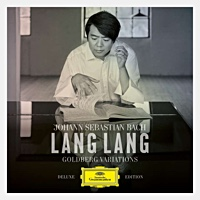 An early biography of composer J.S. Bach by Johann Nikolaus Forke tells the story of how the famous variations known as Goldberg Variations came to be. Bach received a commission from Count Hermann Carl von Keyserlingk, the insomniac Russian ambassador to the Kingdom of Saxony to compose a set of variations that would help him ward off his insomnia. For this task, Bach was allegedly awarded a golden goblet filled with 100 Louis d'ors (French coins). During the sleepless nights, the count would summon the court harpsichordist Johann Gottlieb Goldberg to play through the variations and alleviate insomnia. This legend is probably apocryphal and was refuted as untrue but nevertheless, it has contributed to the endless allure of its status. In fact, Bach published his long and complicated keyboard piece in 1741 and was called Aria with diverse variations for a harpsichord with two manuals (keyboards).

Still, Goldberg Variations is an iconic work and gigantic monument in Western music susceptible to multiple interpretations that pose challenges in terms of technical skill, cohesiveness, and overall spiritual grasp. It's yet another masterpiece in Bach's oeuvre and a go-to work for any aspiring pianists or harpsichordists. It's a piece that has forever been associated with one performer and that is the legendary pianist Glenn Gould who made the Goldberg Variations popular and in return, his interpretation kickstarted his career. Gould's career was launched with a stunning recording of the Goldberg Variations and so rich was his pianistic resourcefulness that one of the last recordings he made was still another Goldberg interpretation. His interpretation of Bach was meant to illustrate the music's richness, not simply the interpreter's ingenuity. Gould's performances of Bach—cerebral, orderly, festive, and energetic paved the way for other pianists to return to the composer.

Another great pianist of today, Lang Lang has released his own interpretation of this great and popular work and has left an indelible stamp. Actually, Lang Lang recorded two versions of these works. He recorded a live version that was recorded in concert at Leipzig's Thomaskirche, Bach's burial ground, and a second recording which is a studio recording that was made soon afterward. When it comes to studio recording, the accent is given on control over the environment, the nuances, and the moods, and the musician is allowed to make numerous takes until it feels right. But the live recording is more about communication with the audience where the inward is bound to go outward and communicate those emotions without a second or third take.

Many musicians spend years learning the "Goldbergs" and then performing it live in concerts before committing to recording the Variations and Lang Lang is no exception. In the liner notes, he explains that he had been studying the variations for the past 20 years and had played them first at the age of 17. So well versed was he in these works that he managed to produce entirely different readings of these variations with remarkable results.

In recent years, there was a flurry of outstanding recordings of these variations. What is remarkable about them and the challenges they pose to pianists are their mathematical structures. These are some of the most challenging experiences that one pianist can face. This work consists of one aria, "The Aria," a saraband aria, and between this opening and closing aria there are 30 variations, grouped into 10 groups of three. Each set of 3 pieces is a free variation, a variation in duet, and a canon. And every third piece is a canon, starting with a canon in unison (i.e. the canonical parts are in the same key) followed by ever-increasing intervals until the 27th variation, a canon in ninth. These 30 variations function as brilliant investigations of the theme. And Bach didn't provide any tempo markings which in terms of interpretive choices there is a great variety of how these works are interpreted. The alluring thing is that 280 years since Bach wrote this score, musicians are still finding new ways how to approach and interpret it.

Obviously, everyone wants to record Goldberg Variations, but not many have shown as much sharp and observant insight as Lang Lang. He enters the fray with versions that aren't just virtuosic, thorough, or colorful, but profoundly moving as well. What he conveys in his approach is an enormous enthusiasm in the faster movements and beautifully phrased solemnity in the slow ones. His notes indicate that he has his own approach to Bach which is very individual but never mannered. He is alert to these pieces' organic connections and it yields a thoughtful and personalized account.

When it comes to the live recording, there is a natural vibrancy and the variations come to life through subtle dynamics, voicings, and articulation. His sense of engagement is spirited but also disciplined. As a result, these interpretations present insightful and absorbing accounts of one of the gigantic monuments of Western music.