Sara Gazarek and Josh Nelson at Jazz at Kitano 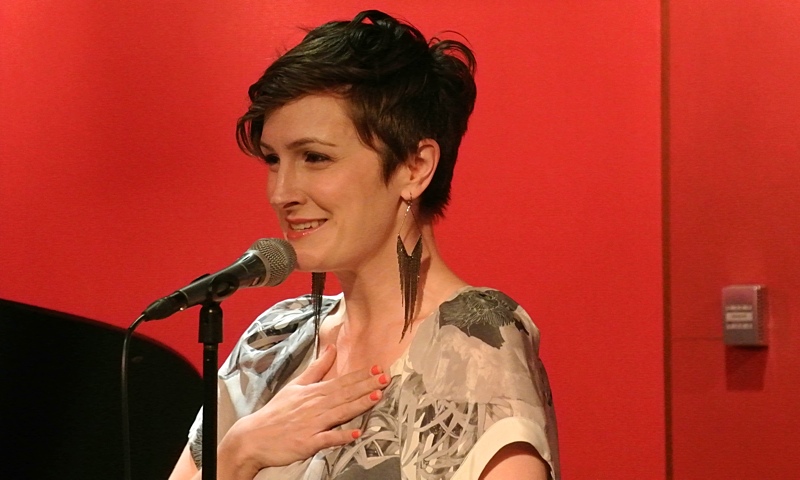 Some relationships are beyond close, bordering on the sacred. There's the strong bond between husband and wife, the high level of trust between friend and confidant, and, perhaps most interestingly, the intimate connection between singer and pianist. That last pairing may seem out of place and trivial in nature to some, but anybody who's ever encountered such a combination knows that it truly belongs on this list.

For a pianist and singer to establish a long term relationship and grow as a couple, nearly everything has to be just right. Personality compatibility, shared artistic ambitions, a mutual understanding of long term and short term goals, a selfless approach to collaboration, and complete faith in the other party, among other things, have to exist. Plenty of great pianists and vocalists worked together for a time, but few have reached their potential over time. Sure, no relationships, musical or otherwise, last forever, but some special piano-and-voice combinations held it together long enough to make a mark on this art form: Ella Fitzgerald and Paul Smith, Frank Sinatra and Bill Miller, and Kurt Elling and Laurence Hobgood all did just that. Sara Gazarek and Josh Nelson are poised to do the same.

Gazarek, the Seattle-born, California-based vocalist with a handful of highly praised albums, and Nelson, a lifelong Californian who's been with Gazarek since her first release, have that oh-so-rare connection described above. They started out with stronger chemistry than most, but it's only deepened over time. Their nascent relationship helped make Yours (Native Language, 2005) a special debut, but their established partnership helped to make Blossom & Bee (Palmetto Records, 2012) one of the best vocal albums of the new millennium.

After charming the people of Boston, on a double bill with vocalist Peter Eldridge and bassist Matt Aronoff, Gazarek and Nelson came to Jazz at The Kitano for a one-nighter, ready and eager to put their special relationship on display. The first set on this evening opened with "No Moon At All." Drama clung to this number, but didn't overwhelm. The follow-up—"Petit Papillon"—was a showcase for this pair's creative impulses, but technically that could be said about every number. The divine "Blackbird/Bye Bye Blackbird" combination from Yours came next, with Nelson fluttering away beautifully at the opportune moments. Portuguese doesn't figure prominently into Gazarek's work, but it didn't stop her from working with the language on "Rosa." Nelson's piano glistened and flowed in florid and reflective fashion here.

While those first four numbers weren't lacking in any way, they seemed like something of a warm-up for this twosome. Everything that followed was a step above. Their triumphant run started with a daring arrangement of Duke Ellington's "Mood Indigo" and ran to the very end of the set. The aforementioned Ellington warhorse that started their hot streak is typically melody-focused, tied to to the comfortable quarter note pulse beneath it, but Gazarek and Nelson turned it on its head. Nelson's off-beat sixteenth note patterns and darker-than-the-norm harmonic coloring took the song to places it never goes, and Gazarek went right along with him. "Come Rain Or Come Shine" came next, highlighting the communicative rapport between these two. Both took liberties with phrasing, knowing that the other would be right there, and Nelson played on the lyrics, ascending "high as a mountain" at one point. From there they went to "All Again," a winning number that Nelson previously recorded with vocalist Erin Bode, and "I Don't Love You Anymore," a song that was collaboratively written by Gazarek, Nelson, and songwriter Cliff Goldmacher. The latter number, heartbreaking as can be, focused in on the lingering post-breakup feelings that cling to the rejected; as if to mirror those feelings, the song ended in an unresolved place.

A nod to a contemporary artist—vocalist Laura Mvula—came with "Father, Father," but it was back to the splendor of the past with Ellington's "Love You Madly." "Mood Indigo" may have been tweaked quite a bit, but this Ellingtonian entry was more in line with common practice. Gazarek's only nod to Blossom & Bee came with "The Lies Of Handsome Men," which was moving on the album, but emotionally overwhelming in performance. This particular performance proved to be a tear-inducing take on that Blossom Dearie-associated number. The set came to a close with Nick Drake's "River Man," a song that everybody from pianist Brad Mehldau to vocalist Kate McGarry has recorded. The Gazarek-Nelson rendition held onto plenty of Drake-isms, but it took a detour with Gazarek's mid-song recitation of poet Sara Teasdale's "The River." The poem fit the song perfectly, the song fit the mood in the room, the room suited Gazarek and Nelson, and the audience witnessed one of the best modern day piano-voice matches in action.