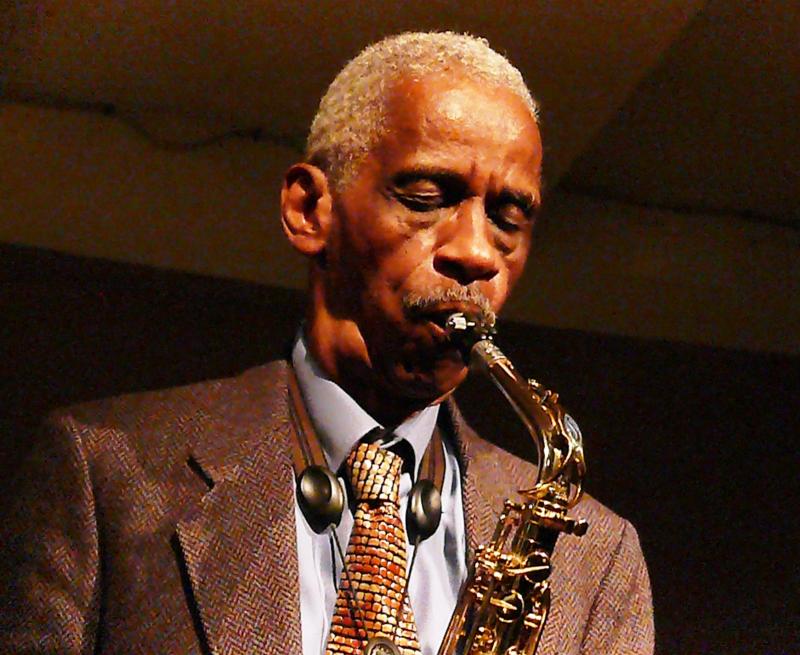 Now added to that illustrious roster was a two-day residency for the reedman and founding member of Chicago's AACM, though perhaps best known as part of the world-renowned Art Ensemble Of Chicago. Over the years, Mitchell has progressively diversified beyond that freewheeling unit, resulting in such diverse manifestations as his austere collaboration with European musicians in the Transatlantic Art Ensemble on Composition / Improvisation Nos 1, 2 & 3 (ECM, 2007), dialogue with electronics on Contact (Rogue Art, 2009) and a recital of thorough-composed pieces performed by others on Numbers (Rogue Art, 2012).

In contrast, this evening he exposed his spontaneous side, appearing in a trio with two unfamiliar colleagues. Drummer Tony Marsh and bassist John Edwards together form one of London's top improvising rhythm sections, often to be found accompanying saxophonist Evan Parker at his monthly gig at the Vortex, but also seen with John Tchicai, among others. It was fascinating to observe how they negotiated a course through two 50-minute sets.

Mitchell opened on alto saxophone in considered fashion, blowing prolonged notes as if pacing himself, accompanied by a bass drone from Edwards and Marsh's percussion coloration. Though off the cuff, there was a purposefulness to the proceedings that invoked an orchestral feel. Gradually extending his twisted motifs, the horn man constructed sinuous breakneck contours, deploying his experience to interject endless variation into wave after wave of unbroken soliloquy.

Nattily dressed, the reedman sported a jacket (quickly removed as the action heated up), and a sparkly gold tie (which stayed in place throughout), matching his saxophones. Equally striking but more to the point, the veteran displayed amazing energy, stamina and focus. His circular breathing formed a prominent trait of the performance, the long continuous outbursts fizzing with modulations to keep his bristling roller-coaster abstractions aloft. As a consequence, the saxophonist's face conveyed a sequence of complex expressions related to changes in embouchure and the intake of air. Occasional pauses ensured technique didn't become a party piece, rather just another strategy for exploration.

On soprano saxophone he blew very quietly, in a mixture of whispering breaths and silent screaming which occasionally strayed into audibility courtesy of overblown foghorn blasts. Typically he continued to build purposefully, incorporating anguished screeches, at times harrowing, but always demonstrating intense concentration and superb control. Mitchell remained in respectful charge throughout, though pressed and prodded by the rhythm pairing 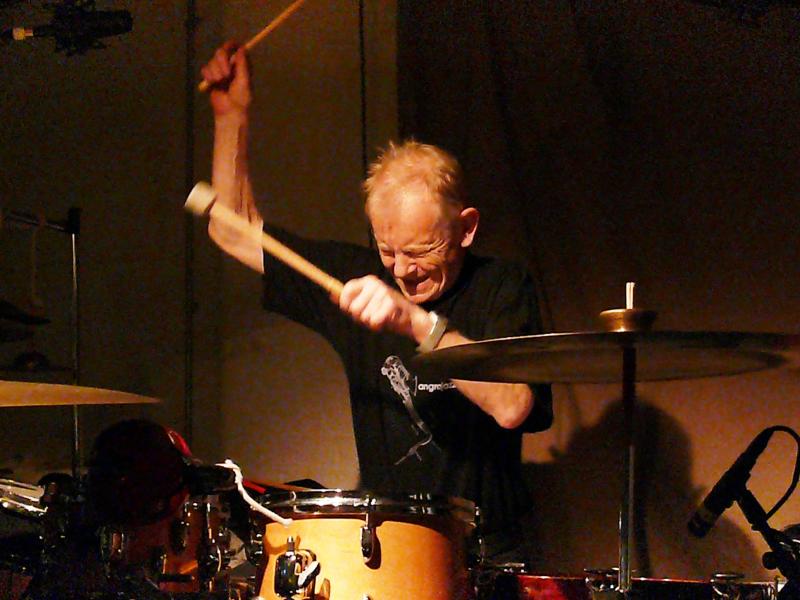 Marsh opted for something different to his usual set up, standing behind an array of drums and percussion that allowed extended timbral range, although it came at the price of eschewing the interlocking cadences which might come from bass drum and hi-hat, making for a more linear delivery. On the plus side, the reduction in rhythmic complexity kept the music open with an airy vibe, permitting more space for the leader and the bassist. Nonetheless, the drummer was still able to contribute telling support, contrasting a roundabout shuffle on toms with off-kilter accents on cymbals and snare.

Edwards maintained a stream of invention in adding commentary to Mitchell's blistering lines, particularly with bow in hand, squeezing strings together, low on the fret board, mingling with the saxophonist's soaring multiphonics. The alchemy of the two was one of the night's highlights. Always looking for new sounds, the bassman threaded his bow between his strings as he plucked, imparting a buzzy thwack. At one juncture the bassist's brief walking pattern elicited a series of rhythmically inflected phrases from the reedman, before resuming his more edgy attack.

Though at times Edwards and Marsh provided the backdrop to Mitchell's center-stage antics, mesmerizing interaction nevertheless took place. At the start of the second period, the American began on wooden flute, emphasizing sustained tones again, backed by Edwards' rippling pizzicato and Marsh's pattering brushes on metal, for what proved a short and sweet introduction. More typical fare transpired thereafter, as Mitchell launched a conversational passage, this time on soprano saxophone, partnered by wavering bowing and a sparse snare tattoo. Silence interspersed with pulses of activity characterized the organic flow. The Chicagoan's choked, muffled cries developed into a wailing siren over a choppy sea. Later again on the straight horn, the leader spluttered pensively, unaccompanied. It seemed that Edwards and Marsh expected Mitchell to draw to a conclusion, but he carried on regardless at minimal volume, murmuring and chuntering, until they realized he wasn't going to stop and rejoined with clatter and skitter, only to erupt in a fiery finale.

Whoops and hollers ensued in an enthusiastic acclaim from the standing-room-only throng, greeting what was a very successful first meeting, and hopefully the first of many appearances at Cafe Oto for the reedman.