I firmly believe you cannot teach a person anything, you can only show people. I can shine the light on a subject. I can explain the situation. But I can’t force-feed knowledge. We all learn in our own way.
—Ron Westray 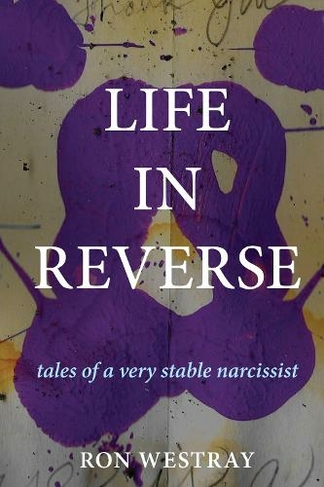 Jazz trombonist Ron Westray (Columbia, SC, 1970) is a prestigious, unique, and generously gifted musician and composer, a brilliant educator, and most of all, an intelligent, witty and warm-hearted man. And all of these qualities blossom in his writing, as we can observe in his autobiography, Life In Reverse. Tales of a Very Stable Narcissist (First Hill Books, Anthem Press, 2021).

A long-time member of New York's Jazz at Lincoln Center Orchestra, Ron Westray is a sought-after studio musician and composer of several excellent albums, for example, Bone Structure, with Wycliffe Gordon (Atlantic Jazz, 1996)— which included the splendid, cheery "What?!"—, Medical Cures for the Chromatic Commands of the Inner City (Blue Canoe, 2008)— which had the sublime "Fuzzy Dice"—, Jimi Jazz (Blue Canoe, 2014) and Magisteria (Blue Canoe, 2015). Westray has appeared in concert with such luminaries as Ray Charles, Bob Dylan, Willie Nelson, Stevie Wonder, Roy Haynes, Randy Brecker, and with renowned bands such as the Marcus Roberts Ensemble, the New Orleans Jazz Orchestra, and the Mingus Big Band, to name just a few. Since 2009, he has occupied the Oscar Peterson Chair in Jazz Performance at York University (Toronto, Canada), where he is a professor in the university's jazz program.

In 2005, his monumental big band jazz suite Chivalrous Misdemeanors—a superb, two-hour work based on the Spanish classic Don Quixote— premiered at Jazz at Lincoln Center (Frederick P. Rose Hall). One of the most ambitious and impressive efforts ever to translate this universal novel into music, it is hard to believe that this jazz masterpiece—an achievement that received a Pulitzer Prize nomination— remains unpublished in the present (a copy of the recording of one of the premiere concerts is held by the Rodgers and Hammerstein Archives of Recorded Sound, at the New York Public Library for the Performing Arts; this is the only attainable copy in the world).

Certainly, Ron Westray's autobiography will not suffer the same fate, since it is, without any doubt, a highly entertaining, and astutely provocative book that not only presents the life and ideas of a prominent jazz musician of the end of the 20th century and the first decades of the 21st, but also reflects the strange, contradictory, violent world he was born into: our destructive, mercilessly globalized, yet solitary postmodern world.

Family, love, sex, friendship, music, art, travel, and America are among the main themes of this curious memoir, whose peculiarity lies —among many other virtues—in its brilliant style and its highly unusual structure. Told in reverse, with the chapters progressing backwards from the present to 1990, it's a journey into the past, where we learn about the struggles, the triumphs and the failings of an extraordinarily talented artist; his experience as a studio musician and a member of some of the highest profile jazz ensembles of the world; his travels around the globe, his life on the road; his loves, desires and disappointments, his coping with loss and pain; and especially his feelings towards his origins and influences: his country, his parents—Ronald Kenneth Sr. and Virginia Westray—his family and friends, and also his teachers and acquaintances.

This autobiography recounts many personal stories and lush vignettes of his evolution as a professional musician as well as episodes and anecdotes from his touring activity, which are intertwined with numerous fragments from other sources such as emails, letters and texting, to create a fascinating effect of multiperspectivity.

But most of all, this admirable book is a genuine, sharp, straight-forward—or straight-backward— attempt of a man, an African-American musician, to understand the world and to understand himself and the people who accompanied him on his path from youth to adulthood and maturity, an autobiographic Bildungsroman of sorts, written à rebours.

Overall, Life In Reverse is an impressive mosaic of the adventures and reflections of a jazz musician, a family man and a women's man, a black intellectual. Do not expect easy reading: this is not a run-of-the-mill autobiography; it's certainly no self-analysis; nor is it pop literature. It's raw, private, and demandingly serious; it's a musician's look into the past, a man's look into a mirror turning dark... and it's a fun, sublimely delightful picture of our times.