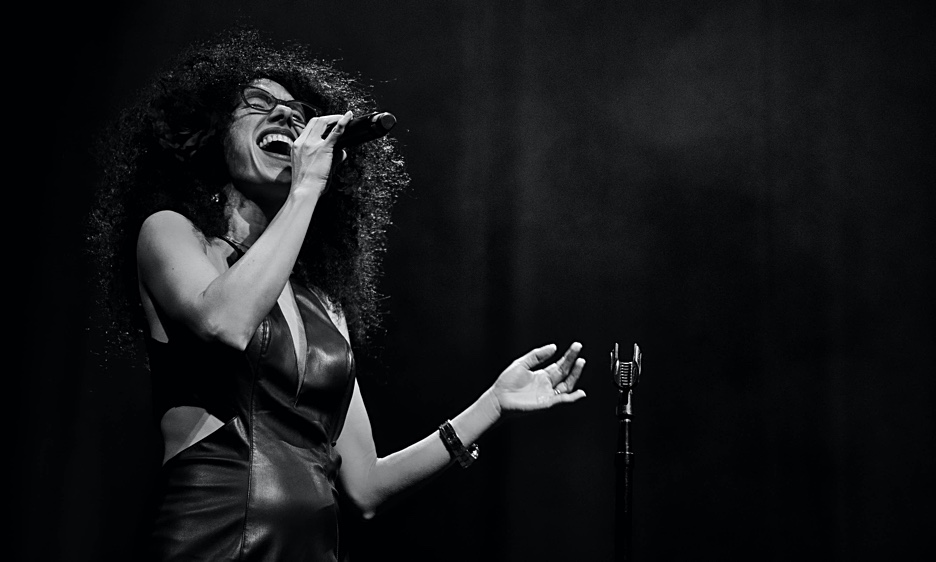 Raquel Cepeda is vivid proof that life is nothing if not a journey. Born in Venezuela, she worked in the oil industry as a geologist before leaving the corporate world behind in 2015 to devote herself to music fulltime. But as fascinating as her backstory is, a climactic new chapter was glorious drafted on October 19, when she celebrated the release of her second album, a Latin jazz extravaganza titled Passion, with a career-defining concert and gala. In a stroke of rarity, she and her band played the entire album, in order, without encore, yielding a narrative of not only personal but also collective significance whose central message was clear: She lives in this music as much as it lives in her.

The performance began and ended in standard-leaning territories, thus embracing the program with things familiar, evergreen, and emotionally secure. Juan Tizol and Duke Ellington's "Caravan" filled the room with an energy best described using its own lyrics: This is so exciting, you are so inviting. Indeed, the optimism in which we were all enveloped was brimming with welcome. All the way to "It Don't Mean a Thing (if It Ain't Got That Swing)/Quimbara," a rhythmically savvy fusion that closed us out with further invitation, we were treated to a panoply of images and moods. "Moliendo Café," as well as the originals "From Afar" and "Dentro dos Olhos Seus," were atmospheric jewels filled with smoky occlusions and windswept tenderness. Cepeda's writing, in fact, capped some of the evening's highest mountains. Her ballads "Your Return" and "Luz de Luna" wove nocturnal threads into dawn-seeking patterns. In their delivery, the past felt like a basket in which had been carried memories left beautifully intact for our present regard. Venezuelan cuatro player Hector Molina's memorable guest appearance in the latter song only confirmed Cepeda's musicians as master storytellers in their own rights molded by the firm touch of experience.

Bassist Thomas Helton contributed music to the bandleader's "Little Gem," another alluring highlight whose chameleonic tango moved like ocean, pointing to an overarching theme of water as both physical and metaphysical substance. Pianist Barry Sames, responsible for the arrangements, added depth to songs like "Llorarás," in which his balance of hope and caution—through merest suggestions of salsa and vintage emotions—mirrored that of the words being sung. Drummers Adriano Santos and Orlando Fuentes, along with percussionist Cassio Duarte, gave us answers to every rhythmic question in the buoyant grooves of "Mil Congojas" and "Canto de Ossanha," but nowhere in so raw a manner as in the Baden Powell classic "Berimbau," one of many showcases for the brilliance of saxophonist Ernesto Vega. As in every song, Cepeda and her cohort proved themselves to have walked through life with lessons on their shoulders in full understanding that the contact of music on the body and its invisible ingredients is the very recipe of life. In this respect, the flesh was like a compass whose cardinal directions were fire, wind, water, and earth, with the human heart beating at the magnetic center of them all.