Home » Jazz Articles » Drew Holcomb & The Neighbors with special guest Birdtalker at The ... 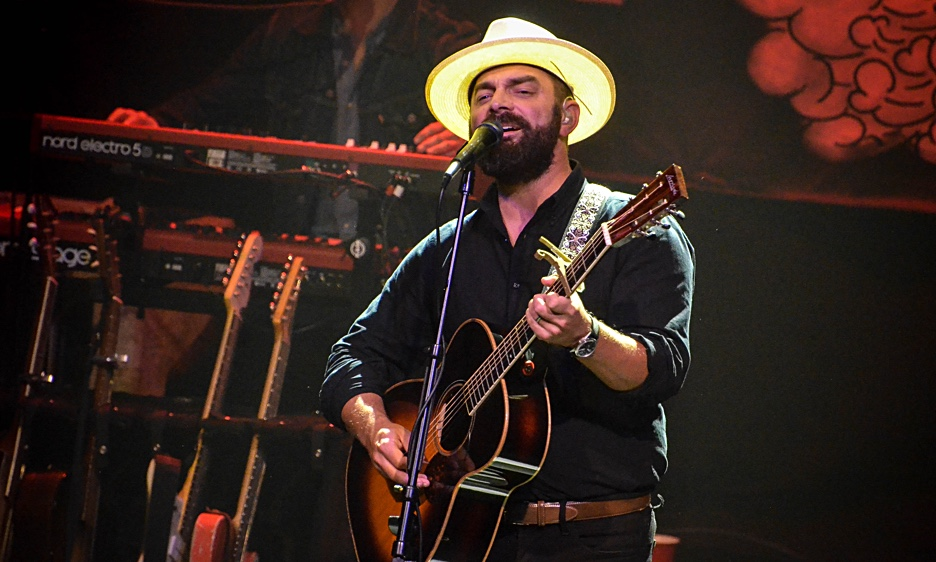 Drew Holcomb and The Neighbors is an Americana band from Memphis and East Nashville in Tennessee. Formed in 2006, the band is comprised of Drew Holcomb (lead vocals, guitar, harmonica), Nathan Dugger (guitar, keys) and Rich Brinsfield (bass). Holcomb and his band deliver a powerful musical mélange that blends blues, folk, pop, country, roots rock, indie pop and good old-fashioned rock 'n' roll. Holcomb's music is full of hope and inspiration and is quite joyous.

The band was formed after Holcomb met Ellie Bannister, daughter of producer-songwriter Brown Bannister. The two married in 2006 and now live in Nashville. After Ellie and Drew's nuptials, Drew collaborated with Dugger and Brinsfield to form the band. They then asked Ellie to join them. At the time, they all lived in the same zip code, hence the band name—Drew Holcomb and The Neighbors. In 2008, the band released Passenger Seat on Magnolia Records. The album reached No. 3 on the iTunes Singer/Songwriter chart. Other releases include: Chasing Somebody (Dualtone Records, 2011), Medicine (Good Time Records, 2015), Live at The Ryman (Magnolia Records, 2016), Souvenir (Magnolia Records, 2017) and the band's latest, Dragons (Magnolia Records/Thirty Tigers) which was released earlier in 2019.

In 2012, Ellie Holcomb stopped touring with the band to take care of her and Drew's child. She has since pursued a career as a solo artist while occasionally appearing with her husband and the Neighbors. During its career, Drew Holcomb and the Neighbors has toured extensively—appearing at numerous festivals including Stagecoach California's Country Music Festival, Carolina in the Fall Music and Food Festival, Lexington's Midsummer Festival, Austin City Limits, New Orleans' Voodoo Experience and many more. In addition to appearing as a headliner across the U.S., Holcomb and his band have supported several national acts, including: Susan Tedeschi, Ryan Adams, Los Lobos, The Avett Brothers, Colony House, Switchfoot, Robert Earl Keen, and Marc Broussard.

Birdtalker is an American indie folk music based in Nashville, TN. The band has released two CDs on its own label, Birdtalker Music: Just This (2017) and One (2018). Its third Birdtalker Music release, Towards The Sun, was slated to be released the day following this performance, October 25, 2019.

On a cool but pleasant evening in late October, Holcomb touched down at the sold-out Gramercy in New York, NY. The venue was filled with a multi-generational audience which included members of Holcomb's family, industry executives, Millennials, Gen Xers, Baby Boomers and a large number of teenagers. On this night, Holcomb and the Neighbors were joined by opening act, Birdtalker.

The evening began with a short set by Birdtalker (Zack Green on guitar, Dani Green on vocals and Andy Hubright on percussion). Clearly thrilled to be in New York, Dani excitedly told the crowd that earlier in the day Birdtalker had filmed a video in Madison Square Park. Highlights of the group's short set included: "Grave Clothes" and "Heavy" (the independently-released tune that first won the group the music industry's attention back in 2016).

The main event began at approximately 9pm. Holcomb and his band delivered a powerful performance that included fantastic versions of "I Like to Be With Me When I'm With You" (prior to which Holcomb told a sweet story about his first date with Ellie at a concert in Nashville), the hook-filled "Tennessee," the poppy "Family" and "Ring The Bells." Other highlights of the performance included: "See The World," the dreamy and wistful "Bittersweet," "Shine Like Lightning" and an amazingly well-chosen, perfect-sounding and rocking cover of Elton John's "Rocketman (I Think It's Going to Be a Long, Long Time)."

At the end of the show, for the closing tune, "Dragons" (from the album of the same name), Birdtalker joined Holcomb and the Neighbors. They brought down the house and had everyone in attendance clapping, whistling, cheering and screaming for more.