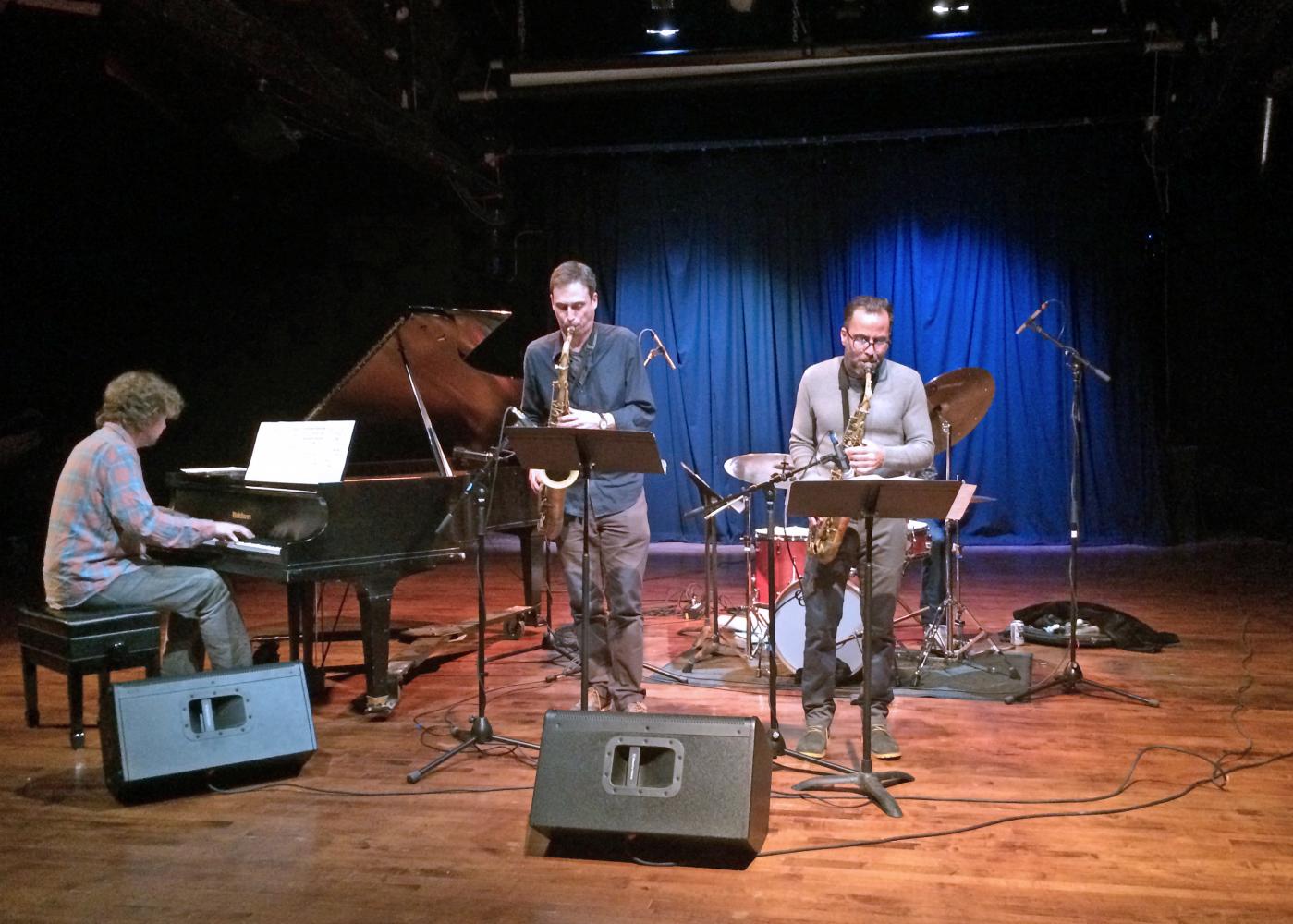 Chicago's Constellation, the city's premier venue for innovative music, hosted composer and tenor saxophonist Quinsin Nachoff and his Flux quartet. The intense and stimulating recital, in the intimate space, captivated the small and attentive audience for close to 2 hours.

The intricate Nachoff originals allowed for plenty of individual spontaneity as they served as vehicles for his band members' unique expressiveness. For instance, pianist Matt Mitchell thrilled with his introspective and passionate pianism on the energetic free flowing "Complimentary Opposites." Mitchell's virtuosity, expressed in breathtaking acrobatics was in perfect synchrony with the composition's elegant, fluid structure.

Although this session was part of a tour to promote Nachoff's new CD Flux (Mythology, 2016), not all of the tunes were from the album. Binney let loose a fiery flood of notes on "Toy Piano Piece" during the second set. His eloquent and blistering unaccompanied improvisation was a soulful stream of consciousness monologue. Binney navigated the angularities of the John Cage inspired work with muscular swagger and ad-lib creativity.

On the boppish, crystalline "Bounce," also not present on the band's record, dynamic drummer Kenny Wollesen took center stage. His thunderous and stirring performance was vigorously refreshing, superbly agile and exceptionally graceful. Nachoff's own mercurial turn in the spotlight transformed from pensive musings to a spirited, intelligent solo with hints of delightful dissonance.

Nachoff's Flux quartet's appearance at Constellation Chicago made for a memorable evening. The though provoking concert with its fervent delivery echoed in the listeners' memory long after the evening concluded.