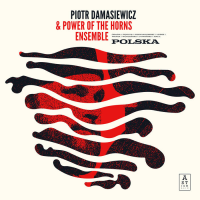 Poland's jazz tradition is perhaps the deepest rooted in all of Europe. Only Britain can rival it. But unlike British jazz, Polish jazz began in part as a declaration of protest against slavery and repression, as did that of its American parent, and this has given it a special quality. The slavery and repression were occasioned by the USSR, which succeeded Nazi Germany as Poland's colonial master in 1945.

The Solidarity Museum in Szcecin gives an idea of the importance Polish people attach to the role jazz played during their fight for independence. Among the exhibits is a copy of a Polish-language concert programme from the Dave Brubeck Quartet's US State Department-funded, six-city tour of the country in 1958. Stalinist suspicions that jazz was a subversive force subsequently proved to be entirely on-point. In 2018, the Marius Brubeck Quintet was invited to perform in the same six cities, to commemorate the 60th anniversary of Brubeck père's tour.

Few of the many world-class albums which have been made in Poland since the 1950s have penetrated the continuing (but finally diminishing) US-centric mindset of the jazz world. Among the exceptions are composer and pianist Krzysztof Komeda's Septet's Astigmatic (Polskie Nagrania Muza, 1967). The band on that album included trumpeter Tomasz Stanko, whose own Quintet's Litania: Music Of Krzysztof Komeda (ECM, 1997) is another international break-out.

Komeda and Stanko, along with saxophonist Tomasz Szukalski and trumpeter Piotr Wojtasik, are four heroes of Polish jazz to which trumpeter Piotr Damasiewicz has dedicated Polska. He has done them proud.

The music—which combines through composition with free improvisation—is big, passionate and majestic. It sounds, in fact, rather like Damasiewicz looks. The ensemble is well named: there are five horns, a piano, two double basses and drums. Komeda's presence resonates throughout the four original tunes, but so, too, do echoes from beyond Poland. The opening track is named after US tenor saxophonist Billy Harper, with whom Wojtasik recorded Quest (Power Bros) in Warsaw in 1996. Tenor saxophonist Gerard Lebik excels here, and does so again with another gutsy solo on the closer, which is dedicated to US bassist William Parker. The Ensemble's Ksawery Wojinski and Jakub Kcywinski are each a powerful presence, but it is nonetheless appropriate to unleash two bassists when paying tribute to the force of nature which is Parker.

An outstanding album which deserves to make an impression on jazz audiences everywhere.