By John Kelman
September 5, 2013
Sign in to view read count 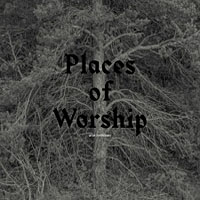 In a career that, from an international perspective, began with Norwegian noise improv group Supersilent's debut, 1-3 (Rune Grammofon, 1997), trumpeter Arve Henriksen's ascendant trajectory has gone from strength to strength, milestone to milestone. It's been a long wait for Places of Worship, the follow-up to his leader debut for ECM Records, Cartography (2008), but it's not as if Henriksen hasn't been busy.

Still, six years is a long time. In its own gentle way, Cartography signaled a paradigm shift for Henriksen, following his first three recordings as a leader for Rune Grammofon, beginning with 2001's Sakuteiki and culminating on 2007's Strjon. Henriksen began collaborating with producers Jan Bang and Erik Honore—co-Artistic Directors of Punkt, the live remix festival now celebrating its ninth year in Kristiansand, with Henriksen a regular participant—in a reverse-engineered approach to writing, with compositions stemming from extant material: some real-time, some sampled; some improvised, some composed.

With Bang and Honoré back and Henriksen returning to Rune Grammofon, Places of Worship represents the next logical step for their appealing combination of cutting-edge futurism and timeless traditionalism. Elements of Norwegian folk music imbue these ten relatively short pieces as much as classical references, and an improvisational approach that uses Jon Hassell's Fourth World music as one of its many cornerstones. Organic sounds are both juxtaposed and combined with textures only possible through technology, while Henriksen's performance—on trumpet, where embouchure and extended techniques result in still recognizable timbral breadth, and in his equally inimitable falsetto singing—remains steeped in lyricism of almost painful beauty, his melancholic melodies feeling somehow familiar while being completely and utterly his own.

Despite the use of orchestral samples on "Adhān," which unfolds like a rose in the early morning light after Henriksen's a capella trumpet intro, layered over a field recording, and the synth bass-driven groove of "Saraswati," a gentle spirituality underscores the aptly titled Places of Worship. Usual suspects like Eivind Aarset show up in real (the brooding "Alhambra") and sampled (the ethereal "Abandoned Cathedral") form, but Place of Worship's biggest surprise may be "Shelter from the Storm," a love song written, played (with the exception of Henriksen's horn) and, most significantly, sung, with dark vulnerability, by Honoré.

Clearly, Honoré should sing more often. He may be nearing 50, but like Henriksen, Bang and the rest of Places of Worship's participants, surprise seems endemic to his work, but especially in recent years where, thanks to the success of Punkt, there seems to be yet another paradigm shift taking place on the Norwegian scene.

Places of Worship is the inevitable consequence of Punkt's expanding network and relentless experimentalism. If Henriksen's nascent vision was already well-formed on Sakuteiki, it's Punkt's laboratory-like nature that has ultimately led to where Henriksen is today. Henriksen's voice may dominate Cartography and, now, the equally superb Places of Worship, but a selfless desire to work with others to expound and expand now persistently defines and redefines that vision. More evolution than revolution, Places of Worship continues Henriksen, Bang and Honoré's sculpting of some of the most hauntingly beautiful, innately spiritual and extraordinarily captivating music coming from their distant, Northern European home.