Pablo Records and My Introduction to Jazz 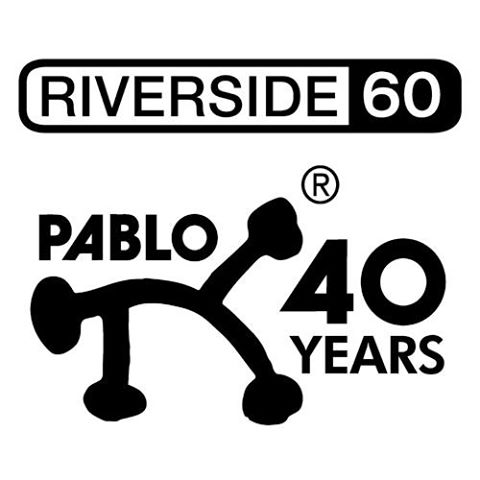 Right on the heels of its celebration of Riverside Records' 60th Anniversary, Concord Music Group celebrates Pablo Records' 40th Anniversary with remasters from its deep and broad catalog. My first brush with jazz came from a Pablo release and I wanted to share some thoughts on the label, the friends that turned me onto jazz and, of course, the meaning of the blues.

I was born in the 1950s, grew up in the '60s and '70s and, through no fault of my own, became an adult in the '80s. I lived in the period that saw Bill Flanagan become VH1 Executive Director (writing on the death of Johnny Cash, considered a gilded period in popular music):

"It's becoming more apparent with every year that goes by that the period from the mid-'50s to the mid-'70s was a golden age for popular music. To have lived in the era where Cash and Presley and the Beatles and Stones and Aretha and Dylan and Miles Davis were around is like to have lived in Paris during the time of the impressionists."

My musical tastes at the time were governed by those mentioned, flanked by the musics of Motown, Memphis, Muscle Shoals, and Macon. I preferred the Allman Brothers Band to Pink Floyd, Lynyrd Skynyrd to Emerson, Lake and Palmer, and the Marshall Tucker Band to Black Sabbath, but I listened to all equally.

I preferred The Guess Who to the Who until Who's Next (Decca, 1971) was released, and I still believe the Faces are the most underrated band of the British Invasion and that every album Rod Stewart made after Every Picture Tells a Story (Mercury, 1971) has to look back on that album. I own every commercial release of The Rolling Stones and only the last three by The Beatles.

Being Southern adds its own level of handicap with the blues, country, bluegrass, gospel and Zydeco. I prefer music informed by the blues, which exists as a subatomic American invention resisting further critical division. It was through the blues that I found jazz. While in high school, I purchased Miles Davis' Kind of Blue (Columbia, 1959) and Carlos Kleiber's Vienna Philharmonic recordings of Beethoven's Symphonies Nos. 5 and 7 (Deutsche Grammophon, 1975). I thought that these recordings would be good introductions to jazz and classical respectively and, largely, they were, but only several years later. I was just trying to be precocious and cool, but I failed, terminal geek that I was.

A close friend of mine in high school, Stan B., once sat me down to listen to Oscar Peterson records, while all the time talking about the guitarist Joe Pass and some guy named Art Tatum. Stan is a successful businessman and musician, and is still serious about what he listens to. I never forgot the introduction to jazz that he gave me and built on it.

Needless to say, it was through Pablo Records that I became familiar with these artists, two of them on the same recording, The Trio (Pablo, 1973), by Oscar Peterson, Joe Pass and Niels-Henning Orsted Pedersen. It was the blues on this recording that caught my ear. Not really Peterson's "Blues Etude" or "Easy Listening Blues," but Peterson's mammoth "Chicago Blues," one hundred years of piano history in twelve-plus minutes. It was from this recording that I heard the 12-bar blues as it stretched across the Allman Brothers Band, Ten Years After, Savoy Brown, Foghat and every other wannabe blues band of the period. That was the beginning. Art Pepper came next, but that is a story for another article.

The Trio was recorded at the now defunct London House in Chicago in 1973. Located at the corner of Wacker Drive and North Michigan Avenue, its friendly confines hosted Ramsey Lewis, Bill Evans, Sarah Vaughan and many other jazz luminaries of the 1950s and '60s. On these particular nights, sometime between May 16 through 19, pianist Peterson, guitarist Pass and bassist Pedersen convened, recording songs that would eventually populate The Trio and Oscar Peterson—History of an Artist, Volume 2 (Pablo, 1983).

The Trio inaugurated the Pablo 2310-700 series. The original LP cover looked like a poorly scraped together montage of Peterson, Pass and Pedersen and, indeed, it was. All of the covers from the period were often grainy black and white photographs, not the stylistic statements of the Blue Note catalog of the 1950s and '60s, or the nouveau style of Verve releases. However, in this simple wrapper was the revelation that Peterson was heir to the throne of that guy Art Tatum, jazz's most accomplished pianist. Both men had prolific and sometimes busy styles that brimmed with musical ideas to the point of explosion. Only bebop pioneer pianist Bud Powell could compare.

The ambience of the Chicago's London house was one of a noisy urban bar. Tinkling glasses and clanging silverware can be heard between pieces, as well as mumbled conversations and the occasional appreciative hand-clap. "Blues Etude" is a brisk Peterson original that the pianist often featured in his performances. He kicks things off at a near-light-speed pace easily matched by his rhythm section, who pick things up as Peterson lays out. But then, Peterson, with a solid left hand, demonstrates why he is the heir to Tatum.

"Chicago Blues" is introduced and develops like all great blues performances: slowly. Peterson is almost impressionistic, never even hinting at the twelve bars before the one-minute mark, where he really finds the dirt and proceeds to deconstruct and reconstruct 50 years of blues. Forget the Brits and what they were doing at the time. Peterson and Pass were defining a new generation, the meaning of the blues. With the perfect drama only achieved in live performance, Peterson and Pass demonstrated what it means to be a jazz musician called to produce on the spot.

"Easy Listenin' Blues" follows as another Peterson showcase, even more organic than "Chicago Blues." But then Peterson takes a breath. Pass is allowed his own solo space on Duke Ellington's "Come Sunday," on which the guitarist delivers a Paris-in-the-1920s performance full of pathos and drama. Pass is so very much like Peterson, and by extension, Tatum. He is a wordy performer with chops and technique so exceptional that he barely resists demonstrating a superb command of his instrument and even the music he is playing.

The collection closes with the only non-blues, the Fain-Webster "Secret Love," delivered at breakneck pace with perfect comping by Pass and Pedersen. This is a set that is hard to beat, and deserves a reissue under the same mantle as the rest of the Pablo reissues. I suspect Concord will do the right thing. Thank you, Stan B.