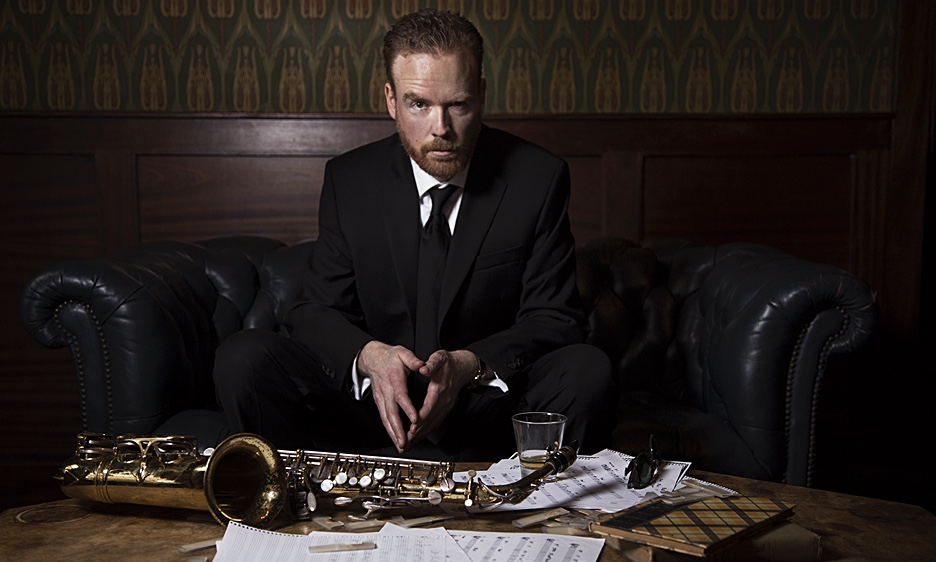 Can venues reflect the tenor of a particular time? In August of 2018, saxophonist Nick Hempton played two sets at a park in Dobbs Ferry, NY, a striking location right on the Hudson River. It was a comfortably warm summer evening. Families sat on lawn chairs and blankets, noshed on goodies, applauded the sounds of Hempton's quartet and laughed at the dry wit of his monologues. It's easy to look back and wax nostalgic for the freedom of movement, the abundance of pleasant interactions in a public space, and marvel at the ease of those carefree hours.

Fast-forward to the present day, the live streaming of Hempton's trio from "a secret underground bunker" somewhere below Manhattan was in some ways a dissimilar, yet no less of an enriching experience. In the midst of a pandemic that continues to spread like wildfire, it almost seemed natural to view/hear Hempton's trio on a computer from the safety of home. The notion of relative security extended to the scene on the screen. A somewhat small, windowless space captured by a single camera angle was perhaps an apt representation of our present reality. The room wasn't so much claustrophobic, as sealed off from human contact. Décor was comprised of a wildly diverse array of objects, ranging from a life-sized statue, to an American flag, to a bright yellow, child-sized table that Hempton sometimes used as a seat. The absence of an in-person audience didn't present a problem. At one point between selections Hempton quipped, "I assume you are all applauding wildly at home."

It should come as no surprise that jazz thrives during a pandemic in "a kind of bat cave" every bit as well as in a picturesque riverfront setting on a near perfect evening. Several months of relative inactivity have not diminished Hempton's abilities as a bandleader, soloist and master of ceremonies. The group featured his alto sax, organist Akiko Tsuruga, and drummer Jason Tiemann (who was also on the Dobbs Ferry gig). Tsuruga and Tiemann are experienced hands that have no problem distinguishing themselves in less-than-formal performance situations. Call a tune on the spot, name a key, count off a tempo and they always hit the target. Some of the set's highlights included their keen rapport, with Tiemann (playing only two drums, a ride cymbal and hi-hat) invariably landing the right combination of bracing snare drum accents to complement the climaxes of Tsuruga's solos.

In these difficult times, some listeners find solace in familiar sounds, forms and references. The trio's one-hour set offered songs ("L-O-V-E," "Body and Soul," "Sweet and Lovely," "The Christmas Song") that were easy to relate to; a generous helping of bebop dipped in blues inflections; and a tip of the hat to Coleman Hawkins and Lou Donaldson. While all of these things served as welcome distractions, it was the ways in which Hempton, Tsuruga, and Tiemann transcended recognizable elements that made for an impressive concert.

On this night Hempton acted as a straightforward bop stylist whose decades of experience took precedence over any specific influence. Even throughout the exciting, up-tempo excursions of "Mop Mop" and "The Best Things in Live Are Free" there was a relaxed, lucid core to his work. On the medium tempos of "L-O-V-E" and "Sweet and Lovely" Hempton had an agreeable way of building momentum and reaching for climaxes without being particularly obvious about it. While the use of some of the traditional jazz organ vocabulary such as short, repetitive phrases and oceanic chordal climaxes were evident, the bulk of Tsuruga's style consisted of unaffected swing, patient development, and deeply satisfying, low boil intensity. Tiemann maintained a ludicrously fast tempo on "The Best Things in Life Are Free" without any sign of strain, and took breaks and solos that featured an impressive array of snare drum figures.

The bottom line is that Hempton and many other musicians, often without the benefit of established venues or institutional support, are succeeding in getting music to the people. Yes, things aren't the way they used to be in the arena of live jazz performance. Regardless of what's been lost and the uncertainty of the current situation, it's important to embrace the sights and sounds that are being offered, to support and pay homage (and dollars) to those who are moving forward with the music that they—and we—love.