Nick Hempton is an alto and tenor saxophonist, composer, and bandleader, producing new music in the modern/mainstream tradition. Calling New York home since 2004, he headlines clubs throughout the city, as well as concert halls and festivals around the world. Influenced by the greats of the instrument– Dexter Gordon, Sonny Stitt, Cannonball Adderley, etc., and informed by a youth misspent playing Rhythm & Blues and Ska in his native Australia, Hempton's jazz is original, approachable, and always swinging. From 2005 to 2016, Nick led The Nick Hempton Band: “an unusually sharp, cohesive unit” (David Orthmann– AAJ) performing original compositions at most of the major New York venues, as well as touring regionally and internationally

Nick Hempton Band Live and Loud New York, NY December 3, 2020 Can venues reflect the tenor of a particular time? In August of 2018, saxophonist Nick Hempton played two sets at a park in Dobbs Ferry, NY, a striking location right on the Hudson River. It was a comfortably warm ...

Joe Magnarelli Quintet Smalls Jazz Club New York, NY September 1, 2020 One hundred days may not sound like a particularly long time in the annals of jazz or, for that matter, any human endeavor. Nevertheless, in the midst of a seemingly endless pandemic that has upended every aspect of ...

If jazz belongs to a single breed of believers, it would have to go to the night owls. Those loyalists who live a nocturnal existence—the listeners. sitting at the bar while they drink in their surroundings, and the performers, playing into the wee small hours in basement hideaways—are the heartbeat of this music, and saxophonist Nick ... 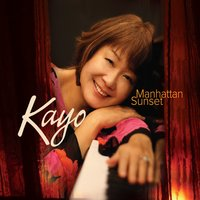 Like a fine lemon sorbet, Manhattan Sunset, the sixth album from pianist and veteran NY presence Kayo Hiraki, is that refreshing, necessary pause between courses that enables you to fully enjoy the vast jazz menu. With an airy, elegant touch, tangible zeal and seasoned respect for her art, Hiraki leads her tried-and-true sidemen, bassist ... 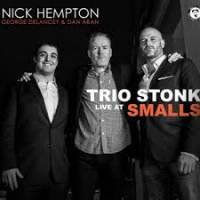 Label: SmallsLIVE
Released: 2017
Track listing: A Blues To You, Rudy; Poor Butterfly; Droppin' A Franklin; Transition Vamp; A Whistlin' Blues; Not The Sort Of Jazz That Stewart Lee Likes; When I Grow Too Old To Dream.

On April 20, 2017, tenor and alto saxophonist Nick Hempton, bassist George DeLancey, and drummer Dan Aran played a gig at Smalls Jazz Club in New York City. Fortunately, it was recorded and recently released by the house label, SmallsLIVE. Although Hempton is the leader, the sixty minutes of music amounts to a collective accomplishment. The ...

One of the strengths of Marc Free's Posi-Tone imprimatur is that it is responsible for introducing us to many great and upcoming jazz artists. Drummer Jordan Young is a Detroit native who has studied with some of the best of the modern-day masters and is making a name for himself in New York. His sophomore release ...