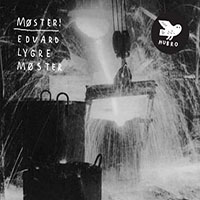 He may be flying somewhat beneath the radar internationally, but in Norway, saxophonist Kjetil Møster has a vibrant career that ranges from the acoustic post-John Coltrane group The Core—whose Office Essentials (Jazzland, 2008) made clear that the American tradition is a touchstone, at least to some, in the country's distinctive jazz scene—to ongoing work with the Trondheim Jazz Orchestra on albums including the renowned ensemble's collaboration with pianist Chick Corea, Live in Molde (MNJ, 2005). What neither of these acoustic recordings reveal is that Møster is also—like many fellow Norwegians including saxophonist Hakon Kornstad, guitarists Eivind Aarset and Stian Westerhus, trumpeters Arve Henriksen and Nils Petter Molvaer and keyboardists Bugge Wesseltoft and Ståle Storløkken—a master of integrating electronics with his instruments in organic ways that render the use of the term "effects" both irrelevant and incorrect. Artists like Møster don't use electronics for effect; they use them to expand the palettes of their instruments, and integrate them so seamlessly as to make the result sound less like an instrument with electronics added and more an entirely new instrument.

Edvard Lygre Møster, the recorded debut of his hotter-than-hot quartet Møster!, may come three years after the quartet's beginnings at the 2010 Kongsberg Jazz Festival and 17 months after it was recorded at Oslo's Victoria- Nasjonal Jazzscene club in December, 2011, but it was more than worth the wait. Two of its members—keyboardist Storløkken and bassist Nikolai Eiltersen—work together regularly in the equally high octane power trio Elephant9, most recently heard in collaboration with Swedish guitarist Reine Fiske on Atlantis (Rune Grammofon, 2012). Drummer Kenneth Kapstad, in addition to his work with the progressive space-rock group Motorpsycho—whose collaboration with Storløkken, The Death Defying Unicorn (Rune Grammofon, 2012) ranked as one of last year's best recordings alongside Atlantis—is also a co-founder of Grand General, whose self-titled 2013 Rune Grammofon debut is already on the short list for one of this year's top titles.

So, with intrinsic chemistry, high-powered virtuosity, a collaborative improvisational approach and original music that runs the gamut from near-silent to ear-shattering and, conversely, hard-edged to achingly beautiful, Edvard Lygre Møster certainly stands alongside Grand General as one of the year's most important debuts. With Møster's use of extended techniques and electronics, it's sometimes difficult to differentiate between the saxophonist and Storløkken, though it's usually given away by timbres that are reliant upon breath, and the keyboardist's otherworldly Moog tones are hard to miss.

At his most extreme, Møster can be reminiscent of [{Mats Gustafsson}} (The Thing, Fire!), but the Norwegian's use of electronics create immediate differentiation from the Swedish saxophonist's largely acoustic approach, though both saxophonists are clearly capable of filling a room with a massive sound—in Møster's case, either acoustically or electrically and, in particular, when he switches to baritone.

Eilertsen has, over the past few years, garnered attention as an electric bassist capable of hanging onto a riff as if his life depended on it—not unlike Michael Henderson's work in trumpeter Miles Davis' electric bands of the 1970s, but with a huge, thunderous tone not heard since bassist John Wetton and Larks Tongues in Aspic-era King Crimson. Kapstad proves, no surprise, as capable of hammering a raucous groove as he is creating a percussive maelstrom, doing both on the opening "Plastic Disco." The tune—one of four Møster compositions that make up this 46-minute set—opens with a conglomeration of ethereal atmospherics from the saxophonist and Storløkken, but gradually builds to an unrelentingly groove of stentorian proportions, calming back to atmospheric angularity before segueing into "Ransom Bird. "Hard though it may seem to believe after "Plastic Disco," "Ransom Bird" attacks with even greater energy, Eilertsen's two-chord vamp driving some of Møster's most frenzied playing of the set before leaving space for Storløkken to take an effects-laden Fender Rhodes solo of similarly epic magnitude.

"Composition Task #1" proves that Møster! is capable of taking things down—way down—with the saxophonist leading a seven-minute excursion into music evocative of Norway's more rugged but beautiful landscapes. It's a rubato tone poem that builds to a tempestuous peak courtesy of Møster's over-blowing and Kapstad's ambidextrous turbulence before gradually fading back to near-silence, the audience's enthusiastic response encouraging the quartet to deliver the closing "The Boat"—at over 16 minutes, Edvard Lygre Møster's longest track—with even more incendiary vigor. A baritone and bass melody floats over Kapstad's frenetic pulse before opening up for an in-tandem solo between Eilertsen's overdriven, wah-wah-inflected bass and Storløkken's punchy Rhodes. When Møster returns for the final solo of the set, he does so with both barrels blazing, the reverb on his baritone making it sound as if it's traveling towards the group from light years away, ultimately arriving and, with a combination of heavy overdrive and even heavier over-blowing, driving the group to a deafening peak and cataclysmic conclusion.

Not for the faint-at-heart, Edvard Lygre Møster not only makes for a rarely paralleled debut of raw, unfettered energy—and spotlights a leader whose commanding assimilation of his instrument and electronics is similarly inimitable—it serves notice of a group of monumental potency that is clearly best experienced live...but until then, this extraordinary debut will more than suffice.