Trondheim Jazz Orchestra (TJO) is one of the most important and creative jazz ensembles in Norway. During the course of the last ten years, the orchestra has had a great number of exciting projects with norwegian and international jazz profiles such as Chick Corea, Pat Metheny, Joshua Redman, Erlend Skomsvoll and Eirik Hegdal.

Trondheim Jazz Orchestra celebrated its 10th anniversary in 2010. Among the highlights of the year was the anniversary tour with Chick Corea in Norway and Sweden and the releases of the cd's "stems and cages" by TJO & Kim Myhr and "Triads and More" by TJO & Eirik Hegdal w/ special guest Joshua Redman. In March 2011 TJO made their "European debut" when they toured Germany and Austria with Hegdal and Redman.

The last time we heard from Norwegian drummer Gard Nilssen as a leader was with his Supersonic Orchestra—a three-drummer, three-bassist behemoth whose 2020 album, If You Listen Carefully The Music Is Yours (Odin), proved that, contrary to the precedent set by Stan Kenton, it is possible to assemble a big band packing Death Star-level ordnance which ...

A lil' dive in the 1970's world of soul—or funk-tinged jazz, then some adventurous large ensembles; a focus on Scandinavian artists and the first single from Immanuel Wilkins' sophomore release. It's a set with lots of interesting facets.Happy listening!Playlist Ben Allison “Mondo Jazz Theme (feat. Ted Nash & Pyeng Threadgill)" 0:00 Sarah ...

Ever since Jan Garbarek put Norwegian jazz on the map, and especially so after the international success of his rigorously ascetic Officium (ECM) in 1994, the music has acquired a reputation for being not entirely passionless, but emotionally withdrawn. The “Scandinavian sound" which Garbarek championed was conceived in collaboration with ECM label founder Manfred Eicher as ... 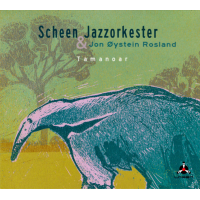 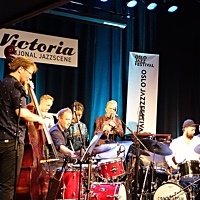 Oslo Jazz Festival Oslo, Norway August 15-17, 2018 Introduction The Norwegian capital Oslo bills itself as a festival city and, with around a thousand concerts each year, claims that it has the most concerts per inhabitant of any city in Europe. Included among those are the 70 plus events which made ... 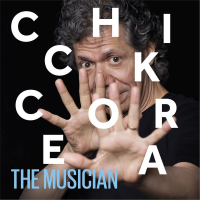 As people age, it's not uncommon to commemorate birthday milestones--specifically, those marking the passing of decades--with special celebrations, ranging from parties to vacations. In most cases, however, these festivities are private events, restricted to family and friends. Not Chick Corea. When this renowned pianist/keyboardist, composer, bandleader and guest participant in countless projects ...