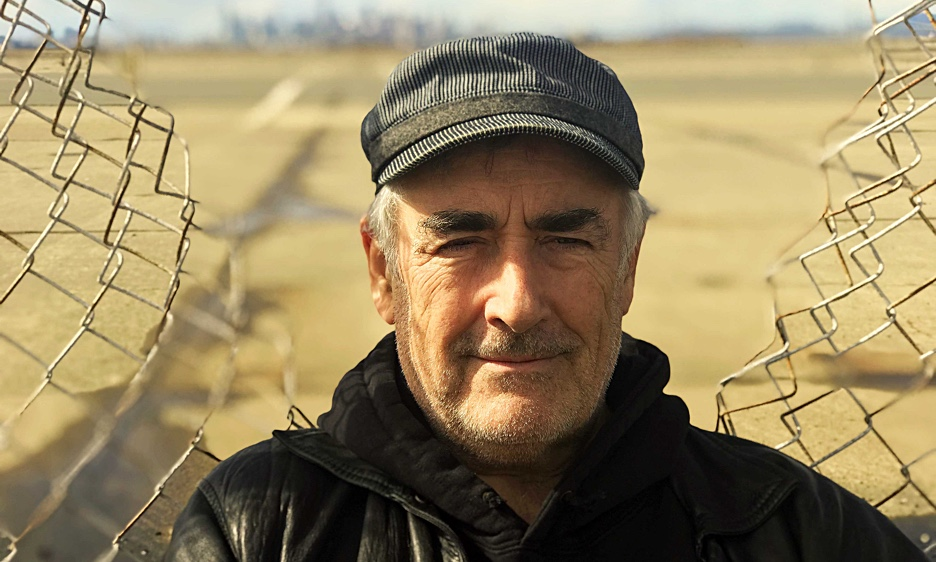 By Martin Longley
May 17, 2021
Sign in to view read count
The Moers Festival in Germany celebrates its 50th anniversary during this year's edition, between 21st and 24th of May. The English guitarist Fred Frith was always a frequent player at this festival, particularly during the 1980s, whether with Massacre, Skeleton Crew or playing bass with John Zorn's Naked City. In comparatively more recent years, he appeared with the Scottish percussionist Evelyn Glennie (2013) and led his own Gravity Band (2014). Now it's time for a return, so Frith will be corralling a new all-guitar trio called Back To Basics. This will feature Ava Mendoza, from NYC, who was taught by Frith and played in Gravity, and Oren Ambarchi, from Sydney, Australia, who often plays solo. All three of these artists can move freely between improvisation, jazz, ambient abstraction and distressed rock.

Frith has something of a mega-history, stretching back to his foundation reputation built within Henry Cow. Those shocking-at-the-time 1968-'78 innovators formed a bold grafting of modern classical, progressive rock and free improvisation, turning those makings into sounds previously unheard and probably un-imagined. Although an Englishman, Frith has spent most of the last four decades living in New York City, Stuttgart or Oakland, California, teaching at Mills College. Now he resides in Santa Rosa, about an hour north of Oakland. "I retired from Mills in 2018 but I've continued to teach at the Musik Akademie in Basel, Switzerland," says Frith. "In fact I was there for three months during the worst of the first lockdown (March through May). But now I'm retired from teaching altogether." As Back To Basics is a completely new band, your scribe is curious about where the music will travel. "I'm interested in reducing music to basic building blocks," Frith muses. "Fast/slow, long/short, loud/quiet, high/low, you know, that kind of thing. I've made a kind of graphic score in which these kinds of building blocks are used in simple combinations and it will be up to us to find our own voices within that structure."

Ambarchi is a very recent addition, and potentially a player who operates on a more gradual, linear level, when compared to Frith and Mendoza. "We played together almost 30 years ago, at The Knitting Factory, for some Zorn festival, about which I sadly remember nothing! But I'm very curious to see how this will work," says Frith, with an optimistic gleam. "We'll see! I'm ready for anything!"

It sounds like the resultant music will possess the nature of a carefully shaped improvisation, but Frith elaborates: "As it looks now, I will probably create a time-score which will determine the starting and ending points and durations of events without necessarily specifying what the events will be. In rehearsal things will of course develop in unforeseen ways, hopefully..."

This grouping has come together specially for the Moers Festival. "I was asked by the Festival to put together a guitar trio, and to suggest possible names. Ava was top of my list, but there were quite a few others."

Mendoza lived in Oakland for a long time, where she created her initial reputation, before eventually transplanting to Brooklyn. "I took Fred's group improvisation classes at Mills," she says, from the middle of her pre-festival camping vacation. "I didn't play with him 'til years later when I was in the Gravity band. Studying with Fred was great, but I would say I learned the most from playing with him. The Gravity music is tricky and demanding both as a reader and an improviser. We would sculpt our guitar tones together to be complementary or contrasting, and that was a great experience."

Your scribe last saw Mendoza play live at National Sawdust in Williamsburg, Brooklyn, 2019, mixing a solo set and a duo with Nels Cline. The pair of ex-Californians were natural peas in a pod, both burnt by effects pedals, distorted and heavy, scarred and intricate. Mendoza drew out bassy scrawls, opened out by her whammy bar, emitting surges of tightly controlled feedback tone-layers, making doom-scribbles, twinning prog and post rock vocabularies, razoring, dragging out howls, and spraying spiral washes. Has she played with Ambarchi before?, your scribe enquires. "No. But I've heard his music for 15 years, and am very much looking forward..."

Mendoza will also play as part of the Moers Sessions sequence, improvising with NYC keyboardist Matt Mottel and saxophonist Jan Klare, the latter being the festival's regular organiser and host of these encounters.

During the last year, Frith has, of course, suffered a slew of cancelled or postponed gigs. "My last concert was March 13th, 2020! Now the ones from spring and summer 2020 that were postponed for a year are being cancelled too. So apart from Moers, the next one that looks reasonably solid is the Météo Festival in Mulhouse [France] at the end of August. I wrote a piece for a brass septet called Kill Your Idols and they will premiere it there, and I'll do some kind of concert as well. But still, slowly, slowly...."

It turns out that Frith has clearly had one of the most active pandemic periods of all: "My lockdown was mostly spent bird-watching, and doing all the little archival things I'd put off for years," he says. "Like making a database of all the concerts I've done since 1970. Or putting together an archive of 1500 live recordings. I've re-released my record with Lol Coxhill from 1979. Put out three box sets of my whole archival label, Fred Records. Plus various improvised collaborations here and there. I'm currently working on a double CD of my trio with Jason Hoopes and Jordan Glenn, with our special guests Susana Santos Silva and Lotte Anker. And a live Skeleton Crew record also!"

Frith is also set to tour Germany with the Danish saxophonist Anker during much of October.

Your scribe is curious about whether he's a fully-fledged birder, or a more casual observer. "I've been watching birds since I was about 13. I don't inhabit a hide or look out of a window," he makes clear. "Well, of course I look out of the window, but I like to see what's going on wherever I happen to be, rather than going on exotic birding trips. Since I travel a lot, there are plenty of opportunities. I'm not much of a collector of species, or list-maker. I don't 'compete.' But I like to go back to the same places over and over again and see how the populations change throughout the year, and how unexpected visitors may show up in the most unlikely locations. I also like to meet with people who know (a lot) more than I do, and learn whatever I can. I do that a couple of times a year!"

Fortunately, the Moers Festivalhalle is situated at the entrance to an immense zone of greenery, from grassland right up to treetops... 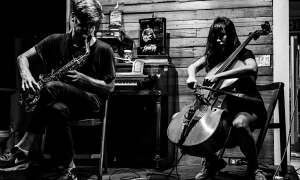 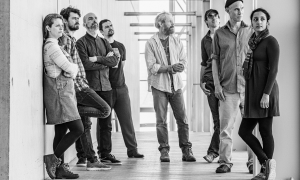