Jan Klare (sax, fl, cl, comp) born 1961. Lived in Düsseldorf from 1979 to 1987. WDR- production with folk-jazzgroup Gandalin (1985 winner of »WDR- Stadtmusik«). moved to London in 1987, where he worked with Harry Beckett, Ricardo Santos amongst others and was involved in many record productions. Since 1990 back on the »european continent«, saxophonstudies at the »Amsterdam school of arts«. activities since 1990: many club- and festivalappearances: such as Berlin, Kopenhagen, Leeds, Frankfurt, EBU- Festival Karlsbad, Amsterdam international tours in the USA and europe. CD- productions with Das Böse Ding, Toytones, WDR Big Band, Supernova, Autofab, Bhavan a.o.

Moers Festival Eventhalle Moers Germany May 29-June 1, 2020 Under the lockdown, this year's Moers Festival wasn't able to welcome its accustomed audience in the flesh, but artistic director Tim Isfort refused to cancel or postpone, instead opting to livestream the entire four-day proceedings, with artists ...

Moers Festival Moers, Germany May 18-21, 2018 The long-established Moers Festival has undergone several changes in recent years. Its distinctive circus top tent was retired in 2013, making way for a custom-designed Halle to house most of the main concerts. Then, two years ago, the festival director and programmer switched ...

The Dorf meets Cologne Contemporary Jazz Orchestra Stadtgarten Cologne, Germany January 21, 2018 Stadtgarten is one of Germany's prime music venues, now heading into its 32nd year of existence. It's situated to the western side of Cologne, just across the train tracks, and next to several surrounding ... 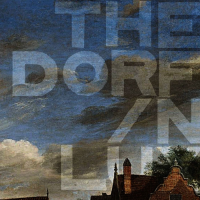 Imagine the marriage of minimal, ambient-drone, industrial noise, and a chamber ensemble. The combination doesn't likely conjure up many musical associations, but then we have The Dorf. Founded by German saxophonist Jan Klare in 2006, the name--which roughly translates to “village"--implies something small rather than an enormous ensemble of twenty-six musicians. Like a village, members have ...