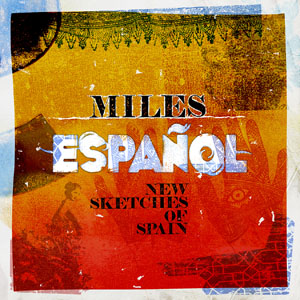 In the days of the so-called Young Lions jazz wave—which lasted roughly, from 1981 to 1992—instrumentalists and singers were all the rage. At the tail end of that period, South Carolina-born saxophonist Bob Belden was making waves for his comprehensive and compelling arranging chops. Over the last two decades, Belden has brilliantly re-imagined the music of Sting, Puccini, Stevie Wonder, and, most notably Miles Davis. Devotees of the Prince of Darkness also know that Belden is one of the world's most astute "Milesologists," as evidenced by the Grammy-winning Miles Davis Sony box set compilations he produced.

Belden's genius for going beyond musical and cultural borders is on full display on this invigorative and inventive, two-CD exploration of Davis' flamenco- and Spanish-tinged pieces, largely selected from his legendary collaboration with arranger Gil Evans, Sketches of Spain (Columbia, 1960), and Kind of Blue (Columbia, 1959)—two towering recordings that formed a fertile crescent where the Old and New worlds met on equal terms. Comprising sixteen tracks, Belden has recruited a diverse array of over forty musicians, from ex-Davis sidemen including drummer Jack DeJohnette, bassist Ron Carter and über-pianist Chick Corea, to name a few, to Spanish masters like guitarist Niño Joseles and Chano Dominguez, arguably the most proficient jazz piano interpreter of flamenco genre, along with Belden's longtime band mate, trumpeter Tim Hagans. On this profound project Belden used Davis' Afro-Iberian musical tapestry to weave a rooted, yet revelatory new hybrid that sizzles under the heat of the Andalusia sun, and on the Manhattan bandstand.

With this daring and diverse recording, Belden shows how Spanish and Spanish-speaking artists have easily absorbed the Davis/Evans Brujera Brew, and how jazz instrumentalists have adapted to the ancient, African/Moorish and Gypsy/Jewish Flamenco strains in swinging fashion, without the need of a translator.