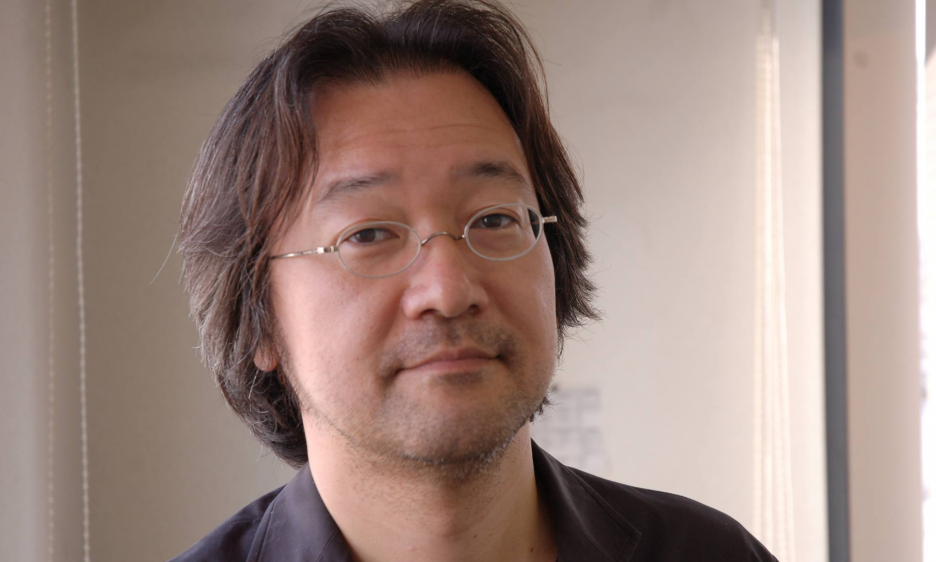 BY TESSA SOUTER AND ANDREA WOLPER
October 2, 2018
Sign in to view read count

My tastes in food, much like my tastes in music, are not the most traditional or popular.
—Hiroyuki Masuko

Although the Super Fans column started out with a New York focus, we realize there's a world of jazz—and jazz fans—beyond. Since those first columns in 2016, we've presented Super Fans from across the United States, including some who live part-time in other countries. But now we've officially gone international, with our first Super Fan from Japan. Hiro may enjoy rock music as much as he does jazz, but he was so blown away by his first visit to New York in 2002 that he's been making an annual pilgrimage to the city ever since—taking in three or four jazz shows a night! We think that makes him pretty super.

Tell us a bit about yourself.
I was born in the southeastern side of Tokyo in 1965, where I grew up and still live. I majored in the history of political theory at university, studying with a professor who specialized in Weimar culture and the Frankfurt school. But I chose philosophy of science as the subject of my graduation thesis.

I had a job in advertising and marketing for thirty years until I got fed up with pretending worthless things are worthwhile. I came to think that the problems faced by Japanese local communities and governments are more important, so I moved to the company's Department of Regional Revitalization, which aims to support the increasing population inflow through branding, promotion, or development of tourism resources and products.

I often drive out of Tokyo to go to museums. I gradually developed an interest in modern art through the many album covers that use it. However, I'm not familiar with its history and background.

I also like eating out—meals that cannot be eaten at home. I especially like peculiar tastes such as organ meats, wild meats, or fermented foods. My tastes in food, much like my tastes in music, are not the most traditional or popular.

What's your earliest memory of music?
My mother always played FM radio at home, because she thought it was good for my emotional education. But despite hearing so much Japanese, American, and British pop music, I never got interested in music until the age of ten, when I fell in love with the Beatles.

What was the first concert you ever attended?
When I was seven or eight years old, my mother took me to a public recording of a TV program called The Orchestra Has Come. A famous composer, Naozumi Yamamoto, was the MC of the show. But it was nothing more than boring for me.

How old were you when you got your first record?
When I was ten years old, The Bay City Rollers became explosively popular in Japan. They were compared to the Beatles, but I preferred the Beatles. I got an EP, a seven-minute version of "Hey Jude," and was obsessed with the latter half of the refrain. I don't know why.

Was there one album or experience that was your doorway to jazz?
It wasn't one thing. I was a British rock fan in my teens. But after post-punk and New Wave, unfortunately, there was only "arena rock" or "stadium rock" on MTV. I was looking for more exciting music. Then I discovered the Japanese band, Mariah, led by Yasuaki Shimizu; the band also included jazz musicians, and I began listening to their jazz recordings as well.

Then in college I played electric bass. I was in the rock society, and the jazz society's room was next to ours. One of the jazz society members, who played alto saxophone, lived next to one of my band mates, and we started a band together. After graduation, he became a professional tenor saxophonist. We also exchanged favorite albums with each other, and I got to listen to Miles Davis, John Coltrane, Charles Mingus, et al. I was very impressed that they were more intelligent and technically advanced than the prog rock musicians I'd been listening to.

How long have you been going out to hear live music?
I was not sociable in my youth, so I didn't want to go out to hear live music. And I hated flying, and could not speak English well, so I'd been unable to go abroad. All that changed in June 2002. My girlfriend at that time really wanted to visit New York at any cost, and would not yield, so I had no choice but to obey.

When we were walking along Seventh Avenue, we saw a banner outside Carnegie Hall that said: "Joao Gilberto, the first New York show in 30 years!" It felt like my destiny, and I ran into the box office. The only the seats left were on the far right in the front row, but I bought tickets immediately.

There are no words to express how moved I was by his music. And since I thought I would never come back to New York again, I made sure to go to the Village Vanguard as well.

Kurt Rosenwinkel's Quartet with Ethan Iverson, Ben Street, and Jeff Ballard was there. Not only did I not know them at all, I never heard of jazz like that until then. So I decided to visit New York every year, just to hear live music. And I began to hear live music frequently in Tokyo, too.

How often do you go out to hear live music?
Two or three times a month in Tokyo. Three or four concerts a night when I'm in New York. If in doubt, please take a look at my Facebook.

What is it about live music that makes it so special for you?
Witnessing the moment music is born. Each one of them is once-in-a-lifetime experience.

What are the elements of an amazing concert?
Good musicians, good audience, welcoming staff, and no distractions to prevent me from concentrating on the music.

What is the most trouble you've gone to, or the farthest you've traveled, to get to a jazz performance?
Every time I go to New York.

Is there one concert that got away that you still regret having missed?
In June 2006, my flight to New York was delayed five hours. Even though I went straight to Tonic by taxi from Newark, without checking in at the hotel, I could not make it in time for the concert of Jim Black's AlasNoAxis. Since then, I've never had another chance to hear AlasNoAxis play.

If you could go back in time and hear one of the jazz legends perform live, who would it be?
Lennie Tristano. If possible, with Lee Konitz, Warne Marsh, and Paul Motian. Because I think their music is more connecting to jazz in the new century than bebop is.

What makes a great jazz club?
For me, the important things are good programming and good acoustics. Other things are not so important, though I am even more pleased when they serve delicious food, like at Cornelia Street Café and Korzo.

Which club(s) are you most regularly to be found at?
In New York, maybe Cornelia Street Café, 55 Bar, or the the Jazz Gallery,. In Tokyo, maybe Apollo, Pit Inn, or Cotton Club.

Is there a club that's no longer around that you miss the most?
The [original] Stone at the corner of Avenue C and 2nd Street. I miss the intimate atmosphere, for artists and audience, of its locale and the underground dressing room. The The Stone's new location [at New York University] feels more academic, due to the environment and the large quiet room.

Do you have a favorite jazz anecdote?
In June 2005, I heard the Paul Motian Trio 2000 + One at the Village Vanguard. After the concert, I went over to talk to Chris Potter while Motian and Potter were talking. Motian was furious at the interruption. I couldn't understand his words, but I knew he was angry, so I apologized, and eventually I helped Potter take Motian's drum set upstairs and load it into his car. It turned into a good memory.

Vinyl, CDs, MP3s?, streaming?
I have over 1000 vinyl records, but I usually listen to CDs. Lately, there are more albums being released as downloads only. Will I have to adopt digital audio soon? I don't like headphones or earphones.

What's your desert island disc?
I have so many favorites it would be hard to choose only one, or even two or three. If I have to choose one, it is "The Beatles Box." Is that a violation of the rules? Every time I listen to it there are new discoveries.

What do you think keeps jazz alive and thriving?
The musicians who want to keep jazz alive, and the people who want to hear them.

Finish this sentence: Life without music would be...
It don't mean a thing...