Jim Black (born 1967 in Seattle, Washington) is a jazz drummer who has performed with Tim Berne and Dave Douglas, among others. He attended Berklee College of Music. His own group, AlasNoAxis, includes Hilmar Jensson on electric guitar, Chris Speed on tenor saxophone and clarinet, and Skúli Sverrisson on electric bass. The music is in some ways closer to post-rock than jazz, concentrating on rhythmic shifts and ensemble texture rather than featured solos. Since 2000, the group has released several records on Winter & Winter. The group Pachora, also including Black, Speed, and Sverrisson, and with Brad Shepik on tambura and electric saz, plays music that is similarly rhythmically diverse, but inspired by Balkan rhythms. 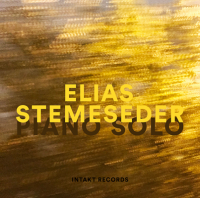 Pianist Elias Stemeseder, Austrian-born and New York-based since 2015, is ready--in 2022--to release his first album under his own name. Piano Solo is something he might not have taken on. He considers himself still a student. If not for the encouragement of Intakt Records' Florian Keller, this album may not have happened. The pianist has contributed, ... 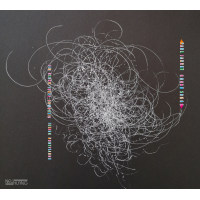 The Vancouver, BC, oud player & guitarist Gordon Grdina has become a prolific presence in jazz and world music. The Juno award winner led Gordon Grdina's Nomad Trio (Skirl Records, 2020) with Matt Mitchell and Jim Black. The previous year, he took part in the trio of Matthew Shipp and Mark Helias on Skin and Bones ...