Matt Renzi: Between the Lines

Matt Renzi is a multi-reedist, best known for his tenor sax playing and clarinet (his two main horns), but who has a knack for picking up other instruments as needed such as oboe, piccolo and flute. His New York City-based trio has been well-recognized for its group improv and composition and has recorded several CDs. Also performing internationally, it tends to push the limits of music that is simultaneously structured and wide open.

A San Francisco native, Renzi was born into a musical family. His father was principal flautist with the San Francisco Symphony and his grandfather was principal oboist with Toscanini's NBC Symphony. He received a bachelor's in performance from Berklee College of Music and a master's degree from San Francisco State University in classical composition. Some of his teachers included George Garzone, John Handy, Joe Henderson and South Indian vocalist R.A. Ramamani.

All About Jazz: How did studying classical composition for your MA at San Francisco State affect the way you currently compose and perform music?

Matt Renzi: In terms of composing, it got me away from using traditional chords to organizing more abstract sounds (usually manipulating anywhere from three to six notes) to write songs and try to improvise on them. For example, I might go from using half steps to whole steps ("Nothing Could Be" is an example of this) and that's the core sound of the tune. It also made me think more in terms of orchestration (timbre/sound/instrumental effects/etc.) rather than just blowing a solo on top of the band. It really opened my music up in every possible way.

AAJ: What modern composers did you study, and which would you cite as inspirations?

MR: I studied [Bela] Bartok, [Olivier] Messaen, [Gyorgy] Ligeti, [Elliot] Carter, [Milton] Babbit, and many others. I really like [Witold] Lutoslawski, Ligeti and Carter, just to name a few.

AAJ: What is the thread that ties together the members of your trio (with Dave Ambrosio and Russ Meissner) that allows your music to seemingly wander and explore, while always holding together and making sense?

MR: The fact that we listen to each other and are willing to let the music go wherever it needs to at any given moment. It really keeps you on your toes. We're constantly feeding each other ideas and feeding off those ideas. Also, you have the freedom to play anything you want at any time, and it will somehow work out.

AAJ: How do you communicate what you want to hear to your band mates, or is it more that you know and respect each player's musicianship and trust their interpretations?

MR: We don't really talk about soloing or where the music is going to go. I totally trust their musicianship and the way they interpret the music. If there's a specific thing the piece calls for [a certain harmony or form] we talk that over, try things out, but when it comes to playing it's up to us and our ears to guide us. I never tell those guys how and what to play.

MR: Usually they're pretty short, about one to two pages long (and sometimes messy). I'm trying to put everything into Finale when I have time.

AAJ: According to bassist Dave Ambrosio, "Matt really pushes to have these songs expand the limits of the traditional jazz form by freeing the melodies up to expand and contract at any moment." How much of a melody for you is already written, and is that motif generally meant to inspire new improvisatory melodies?

MR: The melodies I write are anywhere from 10 to about 40 or so bars long. The melody is always used as material for improvising. In some songs, that's all we have to rely on (maybe no chords/ or an open form). Also, at any given point in a song, things can open up...and they could turn into a whole other "song within a song."

AAJ: How do you manage to play free lines and improvisations that end up sounding sonorous and beautiful, as opposed to tense, dissonant and painful as is sometimes the case in free jazz and modern classical?

MR: I try and play melody all the time, taking a simple idea and developing it. This also means that I have to remember what I played before in order to refer back to it (or not). Playing loud/fast/aggressive is great, but that's just one of many colors there are to choose from. There are so many other ways to go about playing free/open and creating tension/release points. I'm also interested in thinking of all the possible sounds/effects the saxophone can have and the different shades of tone you can get out of just one note. I think studying clarinet got me into this.

AAJ: How many different reed instruments do you own and play?

MR: I currently own tenor, clarinet, oboe, piccolo, flute, alto flute and play them all. I usually perform on tenor (and) clarinet (my main instruments), but in some bands I'm asked to play oboe on a song...or maybe something else.

AAJ: Is your playing style different on clarinet?

AAJ: Do you take more chances on sax?

MR: Definitely. I've been playing it longer and it's an easier instrument to get around on.

AAJ: For example, on "Pula Paradise," you seemed to play more inside the lines...almost politely. Was that more due to the song itself, or the way you approach that instrument?

MR: Both. "Pula Paradise" is a pretty inside, mellow tune, so I tried to stick with that mood. It just wouldn't make sense to screech on that tune. It was also written with clarinet in mind.

AAJ: Was your trio with you in Europe recently or do you work with other musicians once you leave New York?

MR: Apart from an occasional tour here and there with the trio, I usually work with other musicians as a sideman when I leave New York. This summer, though, my trio is coming over to Italy with me to play a couple concerts. I also bring them out to the West Coast every couple years if I can.

AAJ: How is your music received in Europe and Asia?

MR: We did a tour in Japan a while back all over the north as well as in Tokyo, Yokohama, and it was well received. Europe seems to be pretty receptive to our music as well.

AAJ: What do you like about Systems Two and did you use a producer on Lunch Special?

MR: Systems Two is fantastic! They get amazing sounds and they're fast...no foolin' around. I didn't use a producer on Lunch Special. I knew what I wanted to do and how to go about doing it, so I didn't feel the need for one (and couldn't afford to get one even if I did).

AAJ: As the producer of Lunch Special, how involved did you get in the mixing, mastering and studio setup?

MR: I've always gone into Systems Two on a tight budget. For this recording we had to do the whole CD in about 6-7 hours. The engineers (Mike and Joe Marciano) have always done a great job over the years I've used them, so I didn't have to bring another engineer in. We had time for two takes for most of the tunes, and some were done in even one take.

I was also involved in the mastering process, but again, there was very little to do. With a sax trio, it was a pretty easy set-up.

AAJ: What do you currently have in the works?

MR: The trio is going to record again this fall, I've got a whole new batch of music ready to go. I've also got a new project consisting of clarinet, viola, cello, drums, percussion and have been writing a lot of music for that. We had our first gig in June and it went well. The last thing (if I can get a label interested enough to fund it) is a string quartet with my trio. I've already got the four movements written and will probably arrange a couple of more tunes to make a full length CD. 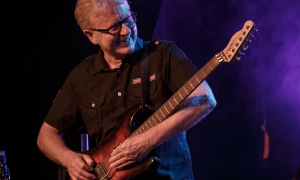 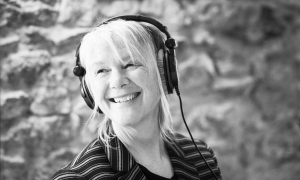 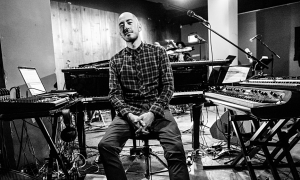