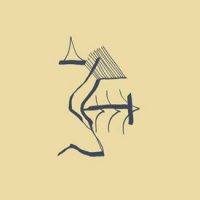 Let me propose the notion that American poet Emily Dickinson was a free jazz fan. Sure, you have to look past the fact that she died in 1886, when Buddy Bolden was but nine years old. But consider her words: "The worthlessness of Earthly things/The Ditty is that Nature Sings -/And then -enforces their delight/Til Synods are inordinate." She wrote about, and lived in a world much like that of a free jazz musician. Stowed away in her little house, her poems bridged a chasm between humanity and God, thought and feeling.

The same can be said of Istanbul-based improvising musicians Korhan Futacı, Umut Çağlar, Özün Usta, and Korhan Argüdenthat, the quartet known as Konstrukt. For most listeners, Turkey is as inaccessible as Amherst, Massachusetts, circa 1869. But just as modern publishing allows one to cross the macrocosm of time and thought, the digital world allows us to traverse geographic divides to connect with like-minded beings.

Thankfully, simpatico musicians like Peter Brötzmann, Evan Parker, Marshall Allen, Akira Sakata, Joe McPhee, and as we have here, bassist William Parker have trekked to Turkey to perform with the quartet.

Recorded in September 2014, at Nazım Hikmet Kultur Merkezi in Istanbul, these four sides are pressed into a limited edition (200 copies) vinyl release, with pieces and parts, like Emily Dickinson's poems written on envelopes and scraps of paper, surfacing here and there on the internet.

The music, part meditation, part unreserved expression, unfolds on many fronts. "Part I" begins with Parker's bowed bass. His multicolored elocution spreads across the stage, circulating energy and emotion. Futacı takes up a flute, Çağlar a Sun Ra-inspired Moog, Usta tracks Parker's bass, and Argüden's drums provide locomotion. The music percolates a bubbling parboil of free dynamism capped by Futacı's tenor dancing a solo borrowed from Pharoah Sanders circa late-1960's. The music gets even more spacey, a bit more noisy in the later parts, when the double reed instruments come to play. Parker takes up the gralla (Spanish) and Çağlar a zurna (Turkish). Their acerbic razor-edged sound cuts through the morass of pulsed energy like a hot knife through butter. The music draws from the world music of Don Cherry, the electric Miles Davis era, Sun Ra's otherworldliness, and the Coltrane-intonations of Paul Dunmall.

It is easy to imagine William Parker on stage here, reciting these lines from Dickinson, "One note from One Bird/Is better than a Million Word/A scabbard has -but one sword."