Linda Oh: Persevering Against the Odds

At the end of the day I have to focus on the music, not to second guess how I'm perceived, or about my abilities. 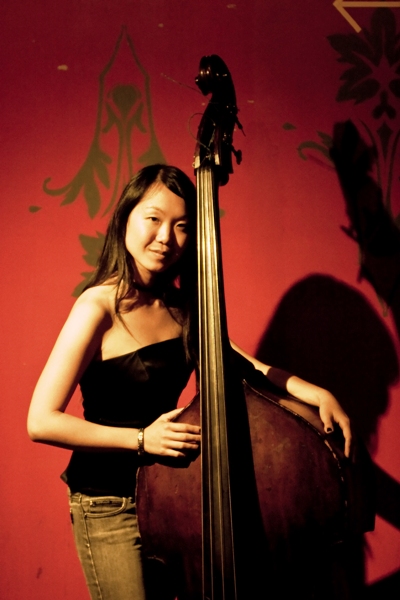 In an arena that is overwhelmingly dominated by her male counterparts, bassist Linda May-Han Oh is going to be a force with which to be reckoned. Her auspicious, self-produced debut, Entry (2009), was lauded by critics, and was one of pianist Vijay Iyer's top picks for 2009. Born in Malaysia and living in New York, Oh impresses academically, having received first-class honors at the Western Australian Academy of Performing Arts for her thesis, A New Approach to Rhythmic Bass Improvisation, which explored rhythmic devices used by Dave Holland and the rhythmic aspects of North Indian Classical Music). She's a gifted player who has garnered merits including the Bell Award for the Young Australian Jazz Artist of the Year in 2010, mention at the 2009 Thelonious Monk Bass Competition and an ASCAP Young Jazz Composer's Award in 2008.

But of equal import, her technical know-how is solidified by visceral, emotive and gutsy performance. Oh walks softly and lets her double-bass do the boasting, and does so impressively. With the buzz slowly getting out about her abilities and music, she's finding herself quite busy with numerous gigs and teaching opportunities in the U.S. and abroad, while finding the time to develop her own ideas. After a number of dates in the spring and summer of 2010, it was an opportune time to reflect on her hectic schedule, which at the time included an alumni concert with pianist Ramsey Lewis in Chicago at the Ravinia Festival's Steans Music Institute for Young Artists, followed by several engagements in New York.

When asked about her recent tour of Europe, she responds, "It was interesting. For a month, I was performing with a few different groups. I played with a great vibes player, Tim Collins, who used to live in New York City and is now living in Salzburg, Austria. I was also doing some stuff with drummer Peter Kronreif, who won the 2009 Hans Koller European Jazz Award for Sideman of the Year. I was doing my own stuff as well—teaching a bass workshop in Graz, Austria, which covered the music from my debut album. I also had the opportunity to sit on an exciting panel with trombonist David Taylor and pianist Fred Hersch, where we talked to students about music; it was an awesome experience just sitting next to David and Fred."

With the duties of becoming a more technically astute musician, Oh is also sharpening her skills as a composer. This is evident in Entry, a debut that took the less-traveled trio road with a bass-drums-trumpet unit. Oh explains: "I wanted to do something a little different, and didn't want my first album to be a showcase of everything I could do. I chose a cohesive concept—something that was concise and could be listened to in one sitting. So basically, I chose the trumpet trio because I found it was quite challenging not having chords and also setting the responsibility to be shared by each instrument."

That responsibility was met in a profound way by Oh's fellow alumni at the Manhattan School of Music: exciting up-and-comers trumpeter Ambrose Akinmusire, whom the bassist met around 2004 at the Mary Lou Williams Festival in Washington D.C., and drummer Obed Calvaire, who was introduced to Oh by drummer John Riley}, one of her instructors at MSM.

Oh's writing is stimulated by a broad musical array, many components of which can be found on her iPod: the abstract hip-hop musings of Q-Tip's Renaissance (Universal Motown, 2008), Brazilian music, Cuban timba, and Duke Ellington. "It's funny, I had my iPod on shuffle the other day, and it switched to this duet with Ellington and bassist Jimmy Blanton, and I forgot how good Blanton was." Some of her early bass influences include Larry Brown Jr., Scott LaFaro, Charlie Haden, and Christian McBride, whom she recalls seeing at the Village Vanguard. "Every time I see McBride live, I forget how incredible he is."

Oh is also a classically trained pianist and bassoonist, and a rocker at heart. Her debut features an introspective cover of "Soul to Squeeze" by the Red Hot Chili Peppers. She admits to being a major fan of the alternative rock band when growing up in Australia. "In high school, I was a pretty serious classical bassoonist, until my uncle gave me an electric bass when I was around 15." She started listening to a lot of rock music, and one of her inspirations was the Chili Peppers' bassist, Michael "Flea" Balzary. The unusual choice to include the well-known rock ballad is a refreshingly powerful addition and statement about Oh's openness. 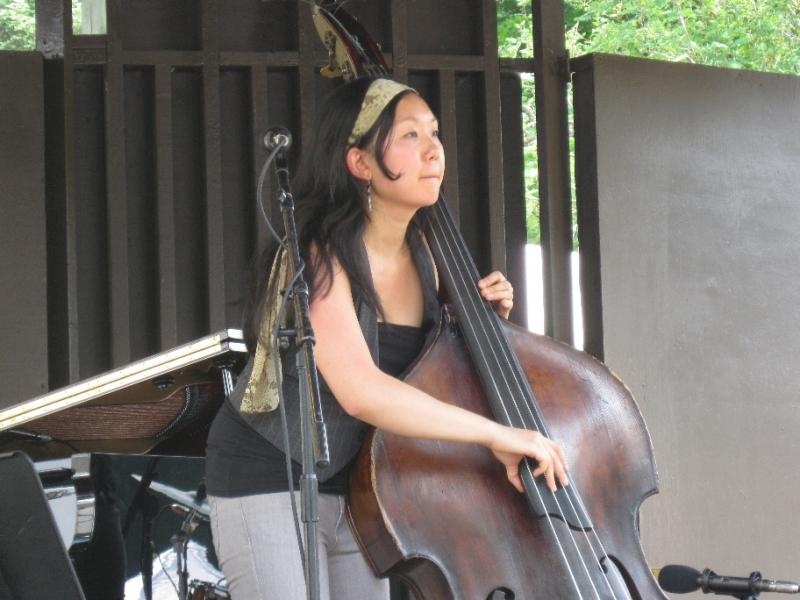 When asked what attracts her to playing the bass, there's a fire in her response. "I really got into the bass later, when I was in college. I love the whole groove sensation, its warm sound, whether electric or acoustic; it is the foundation, the way it holds things together." Though female bassists are sorely outnumbered, the jazz playing field is not void of several women who are making an impact. Leaders such as MeShell NdegeOcello, Esperanza Spalding and Anne Mette Iversen are just a few of the brilliant examples of composers/musicians who put to rest any questions about their talents.

Yet less recognized artists, regardless of who they are, will always be questioned about their chops. When asked how she's been received by other musicians who aren't familiar with her, Oh replies, "At the end of the day I have to focus on the music, not to second guess how I'm perceived or about my abilities. It is difficult at times. There will probably always be people who question whether I can play; it's the reality of the game." She recalls, "Ambrose and I have laughed about it at times, as some musicians have asked him behind the scenes, 'Never heard of her; can she really play?' I just put my blinders on and do what I do." And she does—with passion, depth, and authority. Her playing speaks for itself.

With growing notoriety come increased work, opportunities and decisions in handling the workload. It can be a constant battle to manage it all. "When I first moved to New York, like everyone else, you take on everything that you can get. Your aim is to play as much as you can and get as much experience as possible, while also trying to make a living and make connections. I've been here for four years, I'm at the point where my stuff as a leader is getting off the ground, and my band is touring Europe soon. We're getting more calls." After a number of recordings with newer artists like saxophonist Sarah Manning and pianist Fabian Almazan), master classes, and finishing 2nd place in the BASS2010 Competition in Berlin, it's with much anticipation that she gets back into the studio to record her next release. "Besides all the other things I'm doing in general—trying to become a better bassist and play with great musicians—I have a few different ideas for my next recording," says Oh. One idea includes recording her "Concert in the Dark" concept that combines a string quartet with a jazz quartet, strategically positioned around an audience, with minimal lighting to enhance the listening experience.

Planning ahead, Oh states that she's already thinking about where she wants to be in the next five years, the music she wants to play, and choosing the most direct route. Whatever her endeavors, she is poised to have an indelible impact.