Pianist and composer Fabian Almazan, a native of Cuba now residing in New York City, found his musical roots as a child in his homeland of Habana where he first became involved in the classical piano tradition. When his parents could not afford to pay for private piano lessons, having fled Cuba in political exile to Miami, FL, pianist Conchita Betancourt was gracious enough to impart free lessons for over three years. Thanks to Mrs. Betancourt's exceeding generosity, Fabian was able to audition for the New World School of the Arts High School in Miami, FL where he studied from 1998 to 2002.

In 2002 Fabian was selected for the piano chair in the National 2002 Grammy High School Jazz Combo. The following year, Almazan won the piano chair for the newly up and running Brubeck Institute fellowship program based in northern California where he studied with Mark Levine and performed with Dave Brubeck and Christian McBride. In 2003, Fabian moved to New York City to study with Kenny Barron at the Manhattan School of Music. During the completion of his batchelor's degree, Almazan immersed himself in the realm of orchestral composition studying instrumentation and orchestraion with Mr. Giampaolo Bracali. Under Mr. Bracali's tutelage, Almazan composed several pieces for orchestra and chamber ensembles including the string quartet piece entitled "Personalities" which earned Fabian a 2007 ASCAP Foundation Young Jazz Composer Award. In the spring of 2009 Fabian Almazan received a master's degree from Manhattan School of Music, selected as a recipient of the Michael W. Greene Scholarship, studying privately with Jason Moran.

Most recently Fabian Almazan was selected as one of the three finalists of the Cuban arts organization The Cintas Foundation 2009/10 Brandon Fradd Award in Music Composition. The award has been granted to many artists who have gone on to play an influential role in the development of Cuban cultural heritage. For the past two years Fabian has been the pianist for the Terence Blanchard Group and has toured the U.S., South America, Asia and Europe. Almazan has had the opportunity to share the stage with such artitst as Gretchen Parlato, Paquito D'Rivera, Kendrick Scott Oracle, Bilal and Ambrose Akinmusire among others.

BlueNote/ArtistShare Submits Its First Albums For Consideration In The... 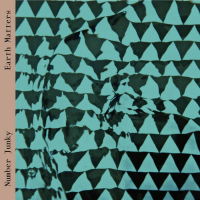 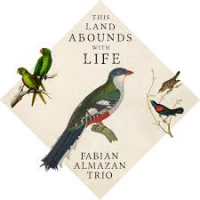 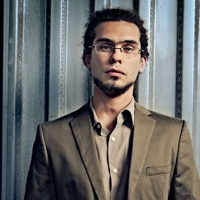 All About Jazz musician pages are maintained by musicians, publicists and trusted members like you. Interested? Tell us why you would like to improve the Fabian Almazan musician page.