Following the release of 2011′s critically acclaimed Weather, Meshell Ndegeocello announces the release of her 10th studio album, Pour une âme souveraine (“For a sovereign soul”), a dedication to fellow musician Nina Simone. Joined by musicians Chris Bruce (guitar), Jebin Bruni (keys) and Deantoni Parks (drums), the singer-songwriter, rapper, bassist, and vocalist reworked some of the tracks made famous by the iconic musician. Guests on the album include Sinead O’Connor, Lizz Wright, Valerie June, Tracy Wannomae, Toshi Reagon and Cody ChesnuTT. To celebrate the release of the album, Meshell is sharing the iconic track “Be My Husband,” which just premiered on NPR. Flush with stomps, claps and chants, Meshell is accompanied on vocals by New York singer-songwriter Valerie June.

After only ten days in the studios of guitarist Pete Min, this album was born, reflecting Meshell’s admiration for the pioneering work of an artist who refused to be owned by genre, industry, or expectation. As Meshell describes, this album is “a dedication to Nina Simone and her incredible influence but it is also a dedication to the single, interior life we all experience.” Revered by Meshell, Nina Simone was a powerful influence both musically and politically. Her music was highly instrumental in the fight for equal rights in the United States. “She wanted success, was pressured to make hits, but her own sound was still irrepressible,” explains Meshell. “She had things to say, she protested. She was a loud, proud black, female voice during a time when black female voices were not encouraged to make themselves heard.”

Comprised of a mix of traditional classics (“Feelin’ Good”), songs written by Nina Simone (“Real Real”), or for her (“To Be Young, Gifted and Black” by Weldon Irvine), the album represents a full spectrum of Nina Simone’s work and life. From the pulsing of the traditional ballad “House Of The Rising Sun,” the velvety, soul filled vocals of “Feeling Good,” and a bluegrass duet with Sinead O’Connor in “Don’t Take All Night,” Meshell Ndegeocello gives a subtle spin to the tracks off the Pour une âme souveraine.

“We really wanted to do something we felt was true to Nina Simone. By that realizing it meant we had to do what felt true to us,” says Chris Bruce, who co-produced the album along with Meshell and wrote the arrangements. “The aim was not to re-create the existing versions, because we felt strongly that the only way to honor Nina would be for Meshell to find her own voice in the material.

Nina was always exploring and experimenting, and quite cathartic. If you are familiar with her work at all you will frequently find that there exist multiple versions of the same song. So we wanted to tap into that same creative spirit and make the songs our own. And in the end hopefully have something we feel she would appreciate and feel pride.” Show less 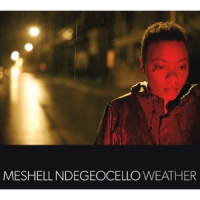 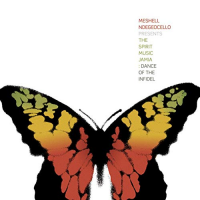 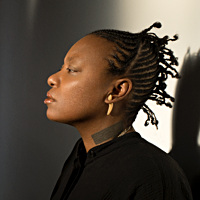 All About Jazz musician pages are maintained by musicians, publicists and trusted members like you. Interested? Tell us why you would like to improve the MeShell NdegeOcello musician page.