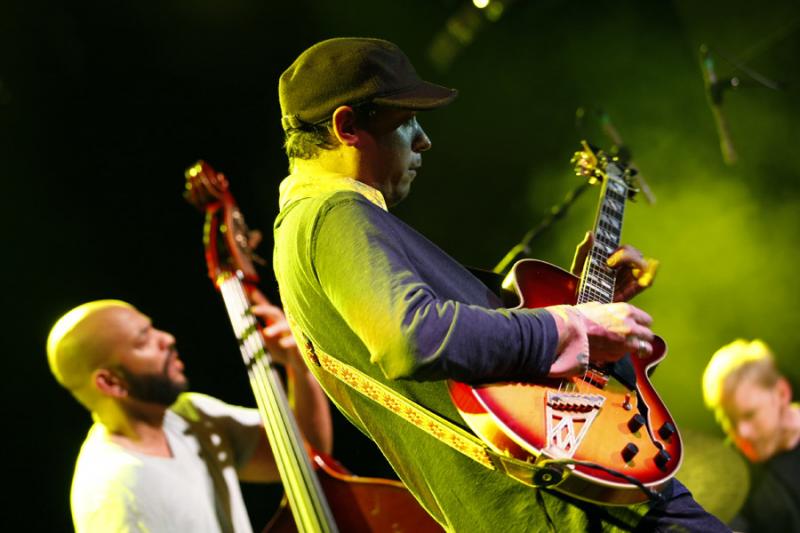 Every year, from October to December, the city of Barcelona, in the north of Spain, becomes a true European jazz center. Musicians and journalists from all over the world converge to the Barcelona International Jazz Festival (founded in 1966), where several fine performances proudly support this cultural event, sponsored mainly by a Catalan beer brand, Voll-Damm.

The Kurt Rosenwinkel Standards Trio, formed by this talented American guitarist currently living and working in Berlin, along with bassist Eric Revis) and drummer Ted Poor, played at Luz de Gas, a former neighborhood theatre now operating as a discotheque, but here converted into a jazz club by the festival. Just like the show itself, there was the ancient and the modern blending together in the same building. Listening to these familiar standards, played by a notoriously contemporary jazz artist, demonstrates that they can, indeed, possess longevity if they're approached in a fresh manner.

The set was served late by the trio, and it took it two songs to warm up the engine and make it roar with true swing. In fact, things only got interesting when Revis set the mood for a nice rendition of "Invitation," which was when some magic started coming from Rosenwinkel, further transcending the average guitarist with his version of "Darn That Dream." There is nothing like a ballad to truly and fully appreciate a musician. 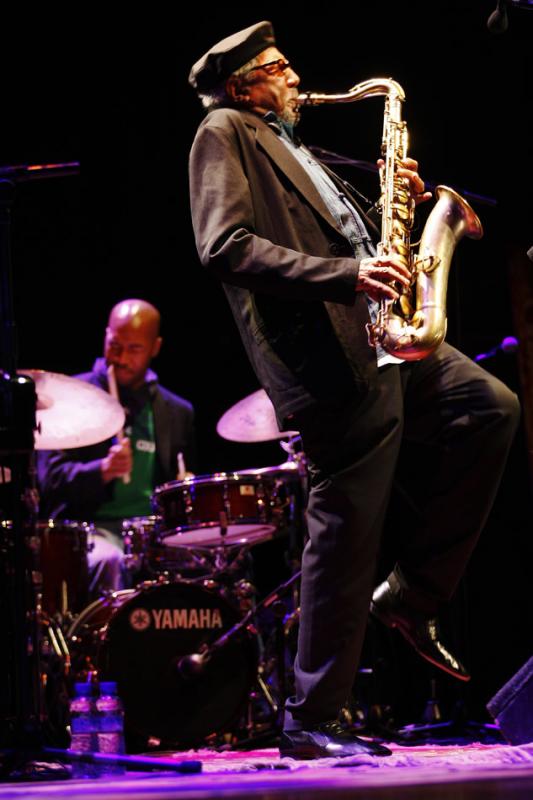 Expectations for this concert by the Charles Lloyd Quartet were high in Barcelona, after two concerts by his Sangam Trio years before at the same festival. A careful listen to the group's Mirror (ECM, 2010) only strengthened the will to attend this particular show, undoubtedly one of the key events of this year's festival. The concert opened with the beautiful "Go Down Moses," as Lloyd (on tenor sax) and drummer Eric Harland set the mood for this traditional tune from Lloyd's latest release. It took only one note from Lloyd, and one beat from Harland, to make clear that this concert was going to make history in the Barcelona festival. Pianist Jason Moran and bassist Reuben Rogers joined in, as the quartet amazed the public gathered at the chamber hall of the Auditori. Moran was particularly inspired, as always, and his solo on this opening tune was simply magical. It was a profound testimonial of his technique, and a musical sensibility that went right to the crowd's soul. Rogers added some notes to this almost epic tune, his bass sounding like an old oud, filled with oriental sounds and emotions.

Moran offered an amazing piano solo on the quartet's rendition of "I Fall In Love Too Easily," and the whole quartet was brilliant on a suite comprised of "Meditation," "Dervish on the Glory B" and "Dream Weaver," the latter the title track to Lloyd's classic 1966 Atlantic album. Lloyd and Moran both performed infectious solos across the entire suite, and the audience couldn't help offering them loud and well-deserved applause. It was clear that the four musicians onstage were giving it all they had.

It was, perhaps, "Dream Weaver" which best exemplified Lloyd's genius. It has to do with more than just his unique sound on tenor; it also is the result of all the influences that he has absorbed throughout his career. It is important that he has retained subtle but omnipresent influences from folk music and the blues, one of the reasons why his music, although sophisticated, never loses touch with its audience—even, in a way, quite danceable, bringing together the erudite and the popular. But, above all, Lloyd is so special and his music is so unique because he has achieved something only few can do: translating his own inner universe into music. There is an omnipresent sparkle of Lloyd's soul whenever he plays and that is, in itself, a universal language which juxtaposes with the equally universal language of music.

Newer generations will miss these shows one day, just as many younger fans missed the Miles Davis quintets live. The Charles Lloyd Quartet is at exactly the same level of jazz ex-libris. It produces a jazz supreme, to partially quote the title of John Coltrane's historic 1965 recording. Lloyd's quartet is a reference point in jazz and contemporary music, and it's a shame the majority of mankind is not able to share it. It will take some time before millions of people have the economical conditions or the emotional and esthetic interest to fully appreciate this music, and choose it over the plastic and meaningless products daily broadcasted by the mainstream media.

Moran played a beautiful intro to "La Llorona" (a traditional Mexican folk song), and Lloyd's flute work was very touching on "Booker's Garden," also featuring an outstanding drum solo from Harland. This was an opportunity to state that jazz lovers do not need to feel nostalgic about Lloyd's 1960s quartet with Keith Jarrett, Cecil McBee and Jack DeJohnette. The same magic is happening right now and at the same level—or even better; only the names are different, not the talent. And Lloyd is as creative, inspired and inspiring as ever.

Chucho Valdés and the Afro-Cuban Messengers 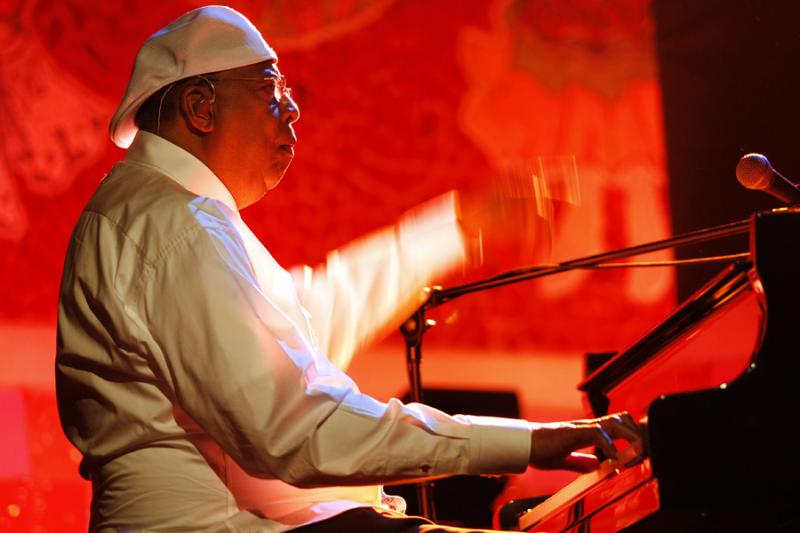 After Lloyd, the Barcelona audience had the chance to witness Chucho Valdes, playing with his Afro-Cuban Messengers in one of the most spectacular auditoriums in the world: the Palau de la Música Catalana. Built between 1905 and 1908, it was designed by architect Lluís Domènech i Montaner and is, in itself, worth a visit. It is a unique auditorium and one not likely to be seen elsewhere in the world. The room was full, and anticipation in the air, for this Afro-Cuban project, was palpable. Cuba has, of course, long ties with Spain, and so it's only natural that people from Barcelona feel this music very deeply and resonate with it.

Valdés came to town to present Chucho's Steps (Harmonia Mundi/Four Quarters, 2010). He mirrored multiculturalism, making his music all the richer. His blend of bebop and hard bop with Cuban rhythms, producing a wide spectrum of sounds and colors, created a cheerful and eclectic show; clearly, the audience left some of its blues at the Palau that night.

Of all the songs Valdés and his band presented, "Danzón," "Zawinul's Mambo" (dedicated to Joe Zawinul), "New Orleans" (dedicated to the Marsalis family), "Chucho's Steps" and "Begin to be Good" were the most thrilling. The pianist is obviously a well-established and world class musician. He knows the history of jazz piano, and he frequently quoted some of his masters, either via classic jazz standards or through bits of well-known solos, making even the new material popular—or, at least, giving it a connection with jazz audiences.

Back in the hotel, Valdés was surprised by a young, 12 year-old French reporter, Charles Dubrulle-Deghelt, who interviewed him for his blog at L'Express magazine. Clearly, jazz will not be out of print for the next few years.