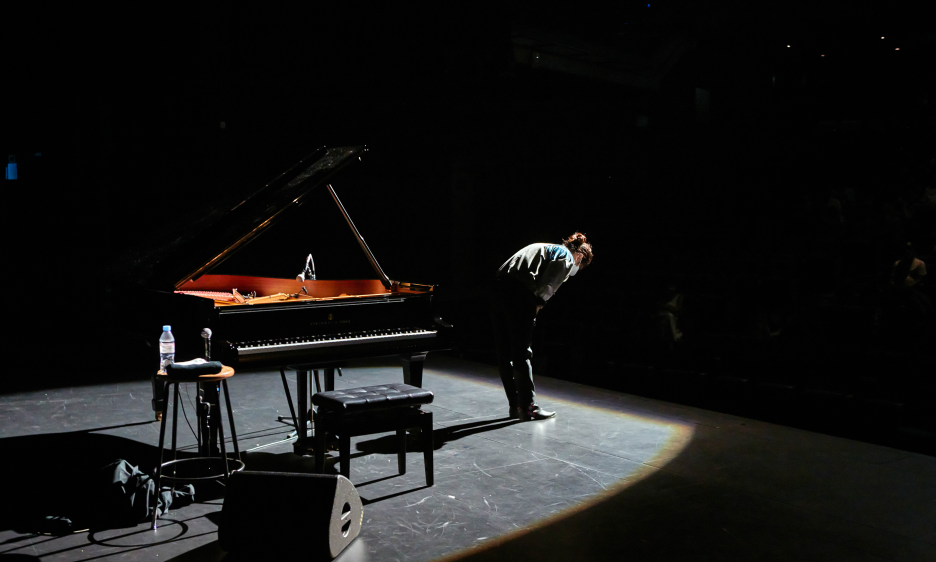 There was a proud sense of ownership evident in dubbing this event Our Jazz Pianists. Hong Kong's Jazz World Live Series has brought legions of international legends to the city over the past eight years: from Herbie Hancock and Chick Corea to Marcus Miller and Kamasi Washington. Following a 20-month pandemic hiatus, the programmers gave up the wait and reimagined their 75th event as a showcase for four young, homegrown leaders, each equally committed to their own idea of what jazz should look like in 2021.

Such an occasion had the welcome feel of an apple cart being turned over: unruly upstarts stuffing conventions and rewriting their own rulebooks one page at a time. It appeared potentially pointed when 20-something Joyce Cheung gave an impassioned, mid-set bilingual tirade arguing the importance of original composition in jazz...only to be followed by a set of standards from Patrick Lui, the relative senior of the quartet.

The greatest upset surely came from Daniel Chu, a precocious, prodigious talent who made the potentially hubristic decision to close this four-hour marathon with a seemingly completely spontaneous solo set. Clearly and completely in the thrall of Keith Jarrett, Chu delivered a series of six unnamed, unplanned acoustic piano improvisations, flitting between ecstatic, chiming gospel-flavoured vamps and atonal horror show splurges with the same pacing and sense of juxtaposition as Jarrett's late-career solo live recordings. The second piece, a series of frenetic flurries and staccato stabs, climaxed with a thrilling fit of keyboard-bashing—fists, elbows and even forearms stabbing at the keys, a boxing bout called to a sudden mid-round draw.

But for every minute of tuneless bouldering, there were three of shimmering liquid harmonies with their author gracefully flaying limbs and rocking his head high to the heavens, even groaning vocal interjections just like you-know-who. Chu sprinkled the same spontaneous pixie dust into his electronic trio, manvsmachine, and in a freewheeling organ and drum duo at Freespace Jazz Festival—which are also reminiscent of Jarrett's duet with Jack DeJohnette on Ruta and Daitya (1971, ECM Records). The fact that his gifts were felt even more sharply on a solo grand piano spoke wonders for the depth of his talent. The worst part? He knows it, too.

"I am Daniel Chu, and I am originally—and will always be—from Hong Kong!" announced Chu, dizzy with dexterity and self-belief after his seventh and final bow, an imminent call from Manfred Eicher perhaps weighing on his mind. Yet that sense of local pride and ownership felt redoubled at a time when the city's voice is being suddenly silenced and its will rapidly curbed. These are Our Jazz Pianists, after all.

Perhaps unsurprisingly in a bill of acoustic piano leaders, Jarrett's spirit had already been invoked plenty. The work of his form-defining Standards Trio was an evident reference point for the straight-up trios led by Lui and Bowen Li, whose big-hearted vampy version of "God Bless This Child" he credited to Jarrett's 1983 take. It marked a moment of relative warmth amid Li's frostier musings in the Nordic vein. Baring more than a passing resemblance to Radiohead's "Creep," Li's self-penned opener "A Simple Word Between You and Me" built to a thunderous crag of thwacked bass chords, shimmering cymbals and trilled keys.

The same drummer anchored Joyce Cheung's group, setting the pace for a sophisticated, post-Esbjorn Svensson outfit whose set of proudly original material marked the concert's greatest surprise. Cheung is clearly a restless composer and arranger, inviting a cello and violin onstage for the set's second half. These added strings bathed a warm, pastoral, chamber-jazz glow over "Come and Go" and "Flow"—both from Cheung's debut LP, Set Loose (2020, Ginger Records)—as well as the neo-classical pretensions of "Etude No. 2 in E-flat," a sequel to (or reworking of) 2021's single "Etude No. 1 in D."

But it was the core trio's unaccompanied opening salvo "1516" that thrilled the synapses most: Cheung, Li and electric six-string bassist Jackiz Tsang deftly navigating shifting musical centres and rhythmic passages. A swaggering funk vamp drove "Step Back" before it erupted into a heavy metal headbang. Whatever the tempo or mood, Cheung appeared ever-poised, unleashing impish flows of notes that always felt studiously hand-picked yet spontaneous, her playing fluid and uninhibited, precise without being pernickety.

Patrick Lui, the most established name on the list and the sole member of the headlining quartet already in his thirties, was then left to fly the flag for tradition. A relative veteran, Lui has scored three films, produced and arranged for Cantopop band RubberBand and led regular pre- pandemic big band nights. Fresh from a comeback presenting a 13-piece jazz orchestra, Lui dialed things down for this performance premiering a stellar new trio whose dexterity and interplay was a joy to behold.

Over opener "Nobody Else But You," drummer Nate Wong (better known as a member of "cinematic rock" band Nowhere Boys) courted his kit with childish charm, cheekily swinging without ever appearing to hold a beat, rolling and strolling with brushes, mallets, sticks and palms. On Benny Golson's "Stablemates," Lui and bassist Jeff Lehmberg (moonlighting from the Hong Kong Philharmonic Orchestra) danced a beautiful two-step, straddling each other's melodic ideas and blurring the line between soloist and sideman. After a bossa nova-tinged nod to personal hero Fred Hersch, the set rounded with a traditionally swinging "Blues on the Corner," which also served a somewhat robust middle-finger to the plethora of new-fangled jazz conceptions heard onstage.