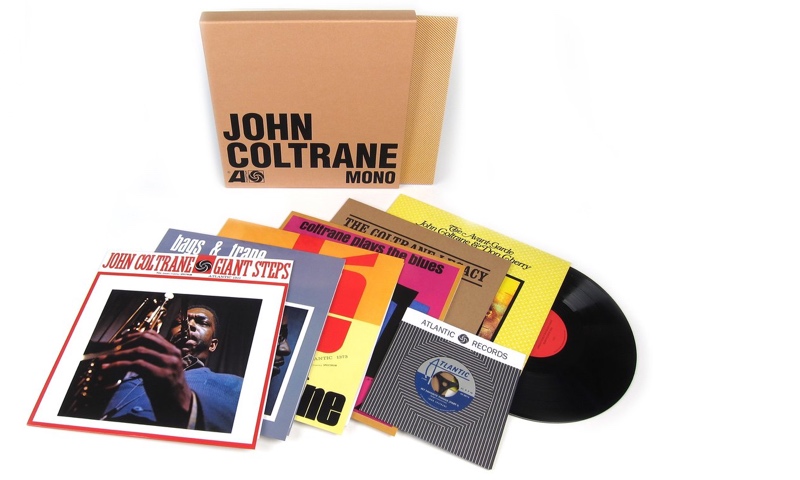 Quality control is top-notch as every disc was free of defects, perfectly flat, and largely free of pops and ticks. These will undoubtedly become the go-to versions of this music for years to come.

Much has been made lately in audiophile circles about whether mono or stereo versions of vintage back catalog items best represent the truest form of the music. Of course, back before stereo was widely accepted and available to most consumers, monophonic was the only way to go. Stereo allowed for more choices in placement of the individual instruments, although some engineers were more skilled at such mixing than others. Still, mono often seems to present the music with a wider soundstage and a more even balance. Regardless of which position one takes on the matter, the fact is that the resurgence in vinyl has brought with it a renewed interest in reissue programs and the availability of mono releases seems to be the latest trend to come with this renaissance.

While it might be easy to consider the boxed set at hand to be yet another opportunistic ploy, the fact is that the circumstances regarding Coltrane's Atlantic oeuvre are quite unusual. Starting in 1959, the saxophonist began to document his work for the fledgling label and his albums would be released in both formats, with 1968 marking the end of the availability of mono. With many considering Coltrane's output for Atlantic to be some of his best work, this music has been constantly in print in stereo since its initial release. Past the initial pressings, the mono tapes were no longer needed and thus have aged remarkably well.

The pristine condition mono masters were used exclusively for this set and for the first time in decades one can hear a more natural representation of this iconic music. That's a real coup considering that Atlantic engineer Tom Dowd was never really known for the kind of sound that jazz recording engineers like Rudy Van Gelder, Frank Laico, Richard Bock, and Roy DuNann were getting at the same time. Dowd's sound was dry and restrained and his stereo mixes were often unusual and somewhat off-kilter. In mono, such placement abnormalities are eliminated and there seems to me more weight and fullness to the sound.

Much has been written about the music contained in these recordings and for the uninitiated there are ample places to find various reviews and perspectives on these albums, so we will eschew a blow-by-blow description of each set. Chronologically his first for Atlantic, Bags and Train pairs Coltrane with legendary vibraphonist Milt Jackson on five lengthy cuts that have a great late-night feel and bluesy emphasis. The second of the five original albums presented in this set, Giant Steps is an euphoric recital of pure perfection, which might be heard in its best light via this mono edition.

As he continued to push the envelope, Coltrane first hinted at his more adventurous side with Ole Coltrane, a 1960 date that yielded three lengthy tracks and added to the ensemble Freddie Hubbard and Eric Dolphy. Also notable is the use of A&R studios and Phil Ramone as engineer. Better attuned to jazz sensibilities, Ramone has a far livelier approach that renders the horns with improved accuracy. While Coltrane Plays the Blues retreats to more standard repertoire, The Avant-Garde finds the music of Don Cherry and Ornette Coleman much to Coltrane's liking in a piano-less group that also includes Charlie Haden and Ed Blackwell. This might also be Tom Dowd's best showing, with Cherry's muted horn sounding remarkably vibrant.

Devoted Coltrane followers will note that three key Atlantic sets have not been mentioned here. Back in February of 1978, a fire in a Long Branch, New Jersey storage facility destroyed thousands of master tapes including the mono versions of My Favorite Things, Coltrane's Sound, and Coltrane Jazz. Sadly, they are not part of this boxed set, although there is a two-part version of "My Favorite Things" included as a 45-rpm single. The fidelity of this short snippet is fantastic, making one only further mourn the loss of the complete master of this album. Nonetheless, the last LP included in this set entitled The Coltrane Legacy boasts three additional tracks from both the Ole Coltrane and Bags and Trane sessions.

As to the particulars of this boxed set, everything about it exudes quality. The textured slipcase is hefty and each album is housed in a hard cardboard jacket with a glossy cover. The twenty-eight page booklet features a commentary by Ashley Kahn and many fine period photographs, along with original album cover art. Mastering was done by John Webber at Air Studios and the albums are pressed in Germany, presumably at Pallas. Quality control is top-notch as every disc was free of defects, perfectly flat, and largely free of pops and ticks. These will undoubtedly become the go-to versions of this music for years to come.

Bottom line here is that most of us probably have all this material in our collection in some form or another. Furthermore, many probably have the previous boxed set, The Heavyweight Champion, taking up some space on the shelf as well. Nonetheless, this unique approach to some of the era's most important music makes for one of the best reissues of the year and a must-own for audiophiles and Coltrane fanatics to boot.