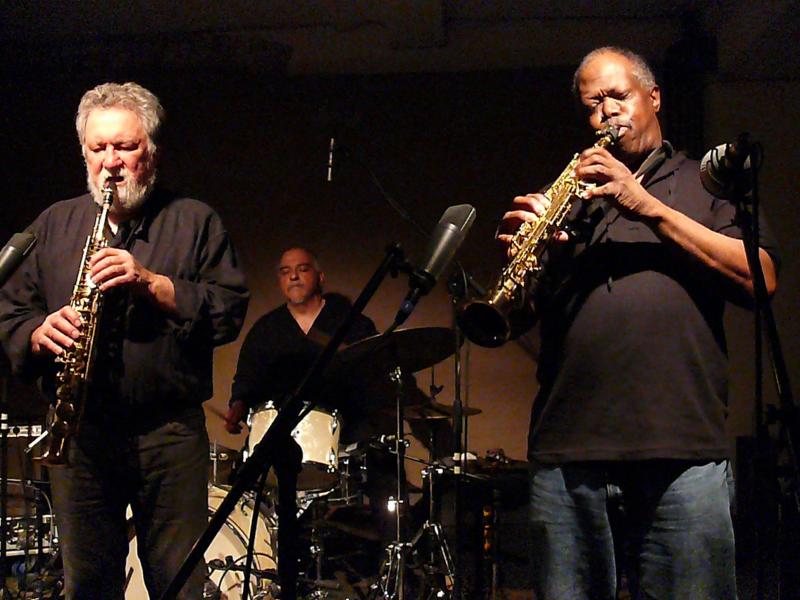 Over the past three years north London's Cafe Oto has built a solid, predominantly young audience for adventurous music. Part of the secret has been programming world class talent over multiple nights and pairing them with the cream of the capital's improvisers, many of whom deserve the world-class epithet in their own right. That was certainly the case this Friday evening, on the cusp of spring, when composer/multi-instrumentalist Joe McPhee's Survival Unit III were joined by saxophone magus Evan Parker for a concert of scintillating interaction. Another packed house affirmed the promise.

Now an elder statesman in the post-Albert Ayler vernacular, McPhee has at last become a regular visitor to north London, with three previous residencies at Cafe Oto to his account. For these two days he brought back his Survival Unit III, comprising Fred Lonberg-Holm on cello and electronics and Michael Zerang on drums and percussion. Although in existence for some six years, the group has only two CDs to its name—Don't Postpone Joy! (RAI Trade, 2006) and Synchronicity (Harmonic Convergence, 2011)—although all three musicians have been colleagues in Peter Brötzmann's Chicago Tentet since its inception in 1997.

Even though this was the third time in London for Survival Unit III within the last two years, (once at the Vortex, and once at Cafe Oto as part of the 2011 Tentet residency), the combo has exposed different facets of their artistry each time. Inevitably, tonight's fare was something else again, largely due to the presence of Parker. He and McPhee are no strangers. Their earliest meeting dates from 1995, documented on McPhee/Parker/Lazro (Vand'Oeuvre, 1996), with further collaborations captured on Chicago Tenor Duets (Okka Disk, 2002). McPhee was also a guest with Parker at The Stone in NYC in 2009 during the Englishman's two week sojourn in Alphabet City. But he was so integral to the evening's events that no one would have thought he wasn't part of this collective every night, a fact apparently confirmed by his position center stage.

As ever, the band adopted a democratic approach. After the opening announcement they launched headlong into pulsating interplay, with McPhee on pocket trumpet jostling Parker on tenor saxophone. Zerang used scrapers to draw asthmatic wheezes from his drum heads, while Lonberg-Holm plucked argumentatively at his cello. The mix of scrapes, screeches and electronic fizzes and buzzes from the semicircle of pedals and switches arrayed at the cellist's feet, created an extreme soundscape through which Parker's saxophone percolated upwards. Zerang's switch to conventional beaters catalyzed a sudden change. Parker halted and McPhee leapt into the breach, maintaining momentum on blustery pocket trumpet, accompanied by the cellist's choppy sawing. 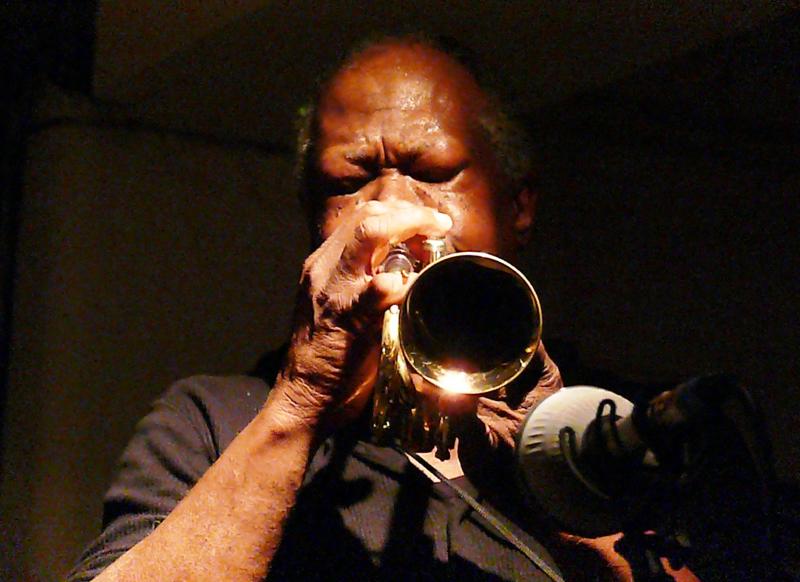 Much of the first set broke down into gem-like cameos for smaller units, as if all four together were too rich a brew for anything more than small doses. One of most striking characteristics was how the entire quartet worked to create cohesive structure on the fly. This was never more obvious than in the transitions from one section to another, always one of the more difficult aspects of freely improvised music. So when McPhee and Longberg-Holm paused, Parker and Zerang instantly picked up the torch—the reedman's muscular tenor deployed against the American's resonant handheld cymbals struck and modulated on drum heads, as if part of a relay, where the baton was constantly exchanged back and forth between the participants, though they never reached the finishing tape.

Everyone was at the top of their game. McPhee's decision to restrict his instrumental arsenal to pocket trumpet and soprano saxophone helped shape the flavor of the proceedings, creating a strong polarity with Parker on tenor in the first set, and a perfect match when both were on sopranos in the second. Parker was his usual hyper-fast responsive self, with a compelling, brawny tone on tenor, and making garrulous, serpentine runs on soprano. Even when he started out soulful and earthy, his line incrementally fragmented and splintered as he increased the density and number of notes.

Zerang has perfected a way of using scrapers on his drums which echoed the high, split tones bandied between the horns, to conjure another layer of squalling intertwining. Another distinctive trait was the rolling, tumbling tattoo, where his hands appeared to fluidly glide around his kit. He was also inventive in his quest for the right textures at the right time, as when he rubbed his sticks on the drum skins to echo Parker's breathy susurrations. On cello and guitar, Lonberg-Holm added gritty edge when it was needed, and an unpredictable contrapuntal voice at other times, deploying his varied resources to optimum effect.

Highlights abounded and included a lovely foray for McPhee's spluttering, expressionistic pocket trumpet pitched against the drummer's rumbling toms. As the accompaniment morphed into Lonberg-Holm's abrasive bowing, the horn man burst into an astonishing slithering, circular-breathed litany of squeals, exhalations, whistles and flutters. Later in the second piece of the first set, tenor and trumpet braided, phrasing loosely in unison, then in an enthralling caterwauling dog fight. 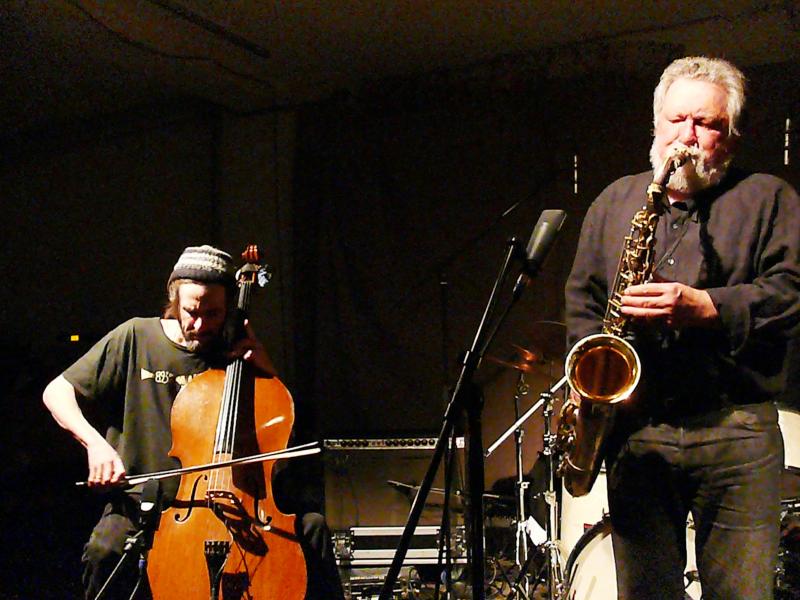 Whether by design or intent, the second set featured a series of solo spots which emerged from the flow. Parker was in full spate on soprano, his trademark unbroken patterns snaking through the air, until gradually the others stilled and left him unaccompanied for a fantastic extravaganza which sent overtones whizzing around the room. Later McPhee exploited an interlude for a wonderful passage of a cappella soprano during which he sang through his horn as he played, a separate line vocalized in contrast to the squeaks and fractured harmonics, packing an emotional charge which made the hairs on the back of the neck stand up.

It was a superb evening as four masters showed what could be achieved with big ears, quick reactions and inspired choices in an egalitarian ensemble ethos. One of the finest gigs of the year to date.