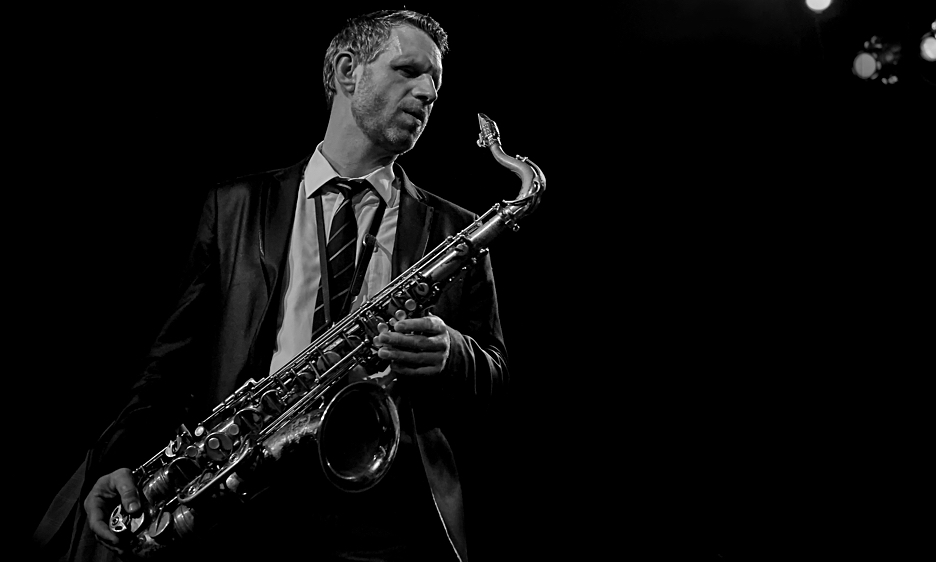 A few blocks away from the Christiansborg Palace—the seat of the Danish government—in a street filled with bustle and bicycles, is Jazzhus Montmartre, which has been here, or near here, since it began in 1959, that magical year for modern jazz recordings which saw the release of Miles Davis' Kind of Blue, Charles Mingus' Mingus Ah Hum and Dave Brubeck's Time Out—all on Columbia Records—and Ornette Coleman's The Shape of Jazz To Come (Atlantic). Tonight, the Jazzhus Montmartre played host to the Jan Harbeck Quartet, which featured pianist Henrik Gunde, Eske Norrelykke on bass and Anders Holm on drums. All the members of the quartet are based in Copenhagen. Harbeck studied at the Royal Academy in his hometown Aarhus and in New York City. The Jazzhuis sound engineer confirmed that the only mic was for announcements, all the instruments were played acoustically.

From its posted capacity of 150, the famous venue has reopened with limited seating for just 35 people—a sign of these difficult times. CEO Jonas Dyrved commented: "It is very important to keep jazz alive for the club, the musicians and our jazz fans. In the current climate our plans are short term and based on survival." To the left of reception is a light wooden bar at the end of a long rectangular room, with candle-lit tables widely spread around. The stage is raised against a red backdrop carrying the Jazzhus Montmartre logo.

Harbeck began with the strains of "Harlem Nocturne" from his tenor saxophone, played so softly that the lower notes became breathy. The smooth after-midnight delivery captured the mood of the beautiful Earle H. Hagen tune. The low strum of the bass and touches of cymbal led the quartet into "Johnny Come Lately," the piano joining in with light phrases,with Gunde then reaching a hand into the Steinway to mute strings as he played. Harbeck stood still, head back and eyes closed, concentrating on the music before he entered with fast and precise runs without blurring.

"In the Still of The Night" Harbeck played expressively, blowing as lightly as possible. The audience was silent as the cymbals were barely brushed. The piano came in, Gunde using its full reach from pianissimo to fortissimo, chords varying the intensity with brevity. Harbeck trilled the saxophone on Cole Porter's final use of the word Night in the silent lyric and took the band to an extended, precise finish.

However fast or slow, Harbeck weighed and played each note separately, giving every sound it's place and space. That is the quality of mastery. In his artistry Harbeck caressed each of his musical choices. Mallets on the cymbals led the band into "New Tango" where Gunde displayed another crowd-pleaser by whistling the notes as he played, to give a discordant sheen. However, make no mistake, Gunde plays the piano with inventive agility. "Carioca" is the vernacular name for ladies born in Rio de Janeiro, Brazil and so we went into an upbeat almost samba with the pianist carrying the tune on the left hand and playing high on the right, followed by a powerful drum solo with crashing cymbals for the crescendo to end the first set.

"I'd Be There" opened the second set followed by "Lighter Shades" where the band modulated the intensity of the music together. "The Drive" took them into an upbeat piece, before they attacked "Salvation." For their well deserved encore they chose Sidney Bechet's "Petite Fleur" (Little Flower) from 1952, after he had left New Orleans and America, and lived in the South of France.

A top quality group of Danish musicians gave a performance polished to a professional shine, in a club recognized for its musical importance and a city filled with history, museums and culture.