Icons Among Us: Jazz in the Present Tense (Theatrical Version)

Icons Among Us: Jazz in the Present Tense (Theatrical Version)

Distilling a groundbreaking, four-part, four-hour television documentary—one which finally examined the evolution of jazz in a contemporary, rather than purely historical, context—into a shorter theatrical version is no mean feat. When Icons Among Us: Jazz in the Present Tense aired on The Documentary Channel just over a year ago in April, 2009, it was a much-heralded and long overdue look at jazz as a modern art form with a history; one that, much as its spirit has always been, relentlessly breaks down artificial borders of gender, genre and culture, and continues to renew and redefine itself. It's possible to now view jazz as a truly global entity without ignoring its undeniable roots in the African-American tradition, a point that directors Lars Larson, Peter J. Vogt and Michael Rivoira, with this theatrical release of Icons Among Us, still manages to make in a relatively scant, but information-rich, 93 minutes.

The film is book-ended by one of the series' most compelling quotes, from trumpeter Terence Blanchard: "History will tell a tale...there's a movement about of some young guys, that's the quietest revolution in jazz I've ever heard in my life." The film then proceeds to demonstrate the breadth of this "quiet revolution" with artist interviews that, in addition to Blanchard, include big names like Herbie Hancock, Wayne Shorter, Bill Frisell, Wynton Marsalis, Nicholas Payton, Greg Osby and Donald Harrison. But for each high-powered jazz name, there's footage with emerging artists like Aaron Parks, whose appearances—in the WBGO Radio studio, performing music from his debut, Invisible Cinema (Blue Note, 2008), and onstage with Blanchard—provide just one example of how jazz is evolving thanks to the mentoring of artists like Blanchard.

Jazz has always been as much (or more) an oral tradition, passed along from elder to younger in a fashion hearkening back to tribal tradition; but with the club scene drying up in many cities, it's increasingly difficult for young musicians to cut their teeth playing with established players. Parks' success, despite the unmistakable building blocks he demonstrated when Blanchard recruited him at the age of 18, is a direct result of lessons learned on the bandstand with his mentor; lessons as much a function of a silent kind of tutoring—one where the stage provides the opportunity to try anything with complete trust—as it is any direct instruction.

The theatrical version of the film still manages to wind its way through the television series' four parts, albeit in a shorter space. Key points include keyboardist Marco Benevento's seemingly simple yet so profound statement that "Everybody's playing a different version of 12 notes, all at the same time; so call it what you want, it's 12 notes, man, it sounds easy but there's a million combinations." Perhaps, more important, it's encouraging to hear an established icon like Hancock say that "the term jazz is, in a sense, perhaps its own worst enemy; but if we redefine what jazz is, in a responsible and careful way, then it won't be its own worst enemy, because how people perceive it will change." 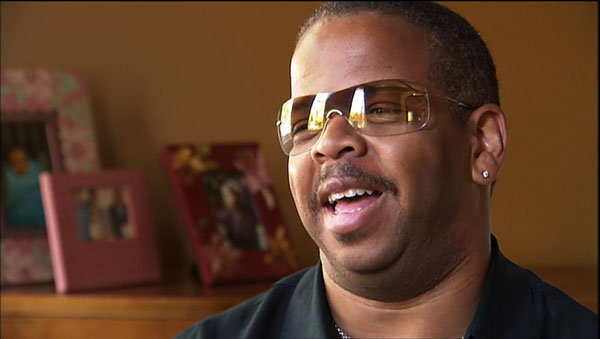 How people perceive jazz is a subject that occupies a great deal of the film, whether it's Israeli-born clarinetist Anat Cohen talking about how major labels simply cannot sell instrumental music the way they can pop music, or Earshot festival Executive Director John Gilbreath astute positioning, in just twenty seconds, the diminutive CD sales for most jazz artists. It's a compelling illustration of a fact most jazz fans know, but don't necessarily really feel—that, despite an increasing amount of music being released each and every month, recorded music simply isn't a viable means of making a living for most jazz musicians.

The film also touches on the controversies that continue to plague a form that has always been hotly debated. Bebop was reviled when it first emerged, as was free jazz; now they're the standard against which contemporary innovations are sometimes erroneously measured. Evolution in jazz today may be more incremental, and the landscape of the market is such that there are undeniably artists out there who are every bit as talented and groundbreaking as icons like Hancock, Shorter, Miles Davis, Thelonious Monk, Duke Ellington, Ornette Coleman and Charles Mingus. But they don't have the ability to reach out to the audiences those legends could.

It's a complex symptom of jazz's lower profile in popular culture, lack of major label support to get the word out, and the challenge of getting music heard amidst the plethora of releases from an upsurge of jazz musicians that seems inversely proportional to the genre's popularity. In the 1970s, a trend-setting album like Mahavishnu Orchestra's Inner Mounting Flame (Columbia, 1971) sold hundreds of thousands of copies and the group headlined in arena shows. Today, a record of potentially similar import is lucky to sell single-digit percentage points of that number. How can an important artist be truly influential, if it's impossible for one's voice to be heard? 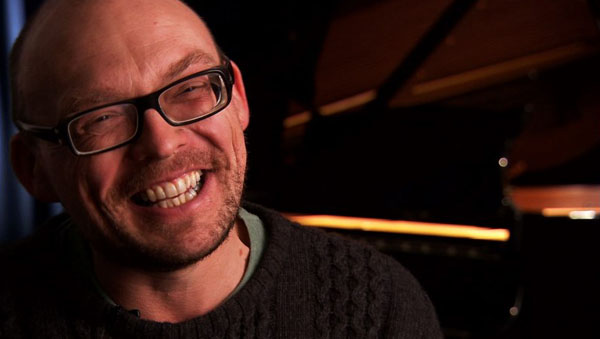 In that context, noted jazz scribe Paul de Barros positions the controversial Wynton Marsalis and Jazz at Lincoln Center Orchestra in a more positive light than the sometime outspoken and, consequently, beleaguered and misunderstood trumpeter finds himself. But even as the film paints a broader picture by including artists like Norwegian keyboardist Bugge Wesseltoft and Dutch saxophonist Tineke Postma, there's still the dissenting view of pianist Robert Glasper—surprisingly, a young player whose whitewashing comment about the European scene demonstrates that, as open-minded as most of his contemporaries are—and as hopeful as Icons Among Us positions the music—there's still plenty of work to be done. As Glasper put it, "there's a key thing missing in most of [European jazz music] when I hear it 'cause—not putting Europe down out there—they're classically based. It's a classically trained thing and jazz isn't based on classical music, it's based on blues and church and emotion and spirit—the real shit. So you can play all the shit you want, but if you don't have none of that..." with the editors astutely leaving out the obvious (and disturbing) conclusion.

As with the television series, the performance footage is outstanding...and enlightening. Whether it's Medeski Martin & Wood performing with guitarist John Scofield, Bill Frisell's trio with organist Sam Yahel and drummer Brian Blade, or Blade's own Fellowship Band performing one of Season of Change's most compellingly folkloric tunes, "Stoner Hill"—lending the studio version of this 2008 Verve release greater energy, joy and transcendence—Icons Among Us thankfully suggests that even when the reverence to the tradition is overt, as it is in some cases (and, in others, not), the music being made today is music of today, and not something so tightly tied to that tradition that it loses its creative edge. Interviews with artists like Matthew Shipp and Greg Osby only further position that, while not denying the tradition from which it came, it's equally important, in some ways, to reject it, so that the music is unencumbered and free to move forward.

As Blanchard's group takes the film out with a white-hot performance of drummer Eric Harland's fiery "Transform," his own reiteration of jazz's "quiet revolution" leaves Icons Among Us: Jazz in the Present Tense on a joyful and optimistic note. But this time, there's the full statement, and one that portends even greater hope for the future: "There's a movement about of some young guys, that's the quietest revolution in jazz I've ever heard in my life. And it's amazing, because they're a group of young musicians who definitely have vision, and the jazz community hasn't caught up to it yet because the jazz community is still trying to be the jazz community of old. The jazz community is not recognizing that things have moved on and changed, and we're never, ever, going back. So let it go; just let it go. It's gone...poof!"