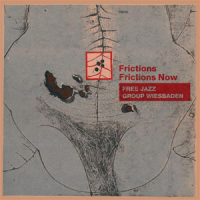 History is written by the victors. That holds as true for art as for war. When looking for pioneers from the formative days of free jazz in Germany, the names of reedmen Peter Brötzmann and Gunter Hampel, trumpeter Manfred Schoof and pianist Alexander von Schlippenbach are likely to spring to mind. But now the Lithuanian No Business imprint, acclaimed for excavations in the music's more obscure American strata, turns its attention to some of the forgotten facets of the European scene. And they've hit pay dirt by unearthing 73-minutes by Free Jazz Group Wiesbaden, originally released on two limited edition LPs recorded in 1969 and 1971.

Twin mainstays of the quartet were trumpeter Michael Sell, who has gone on to become a respected contemporary composer, and reedman and sometime pianist Dieter Scherf, who has been inactive since the mid '70s. Guitarist Gerhard König and drummer Wolfgang Schlick left similarly little trace. Given the lack of money associated with the genre, it's surprising that the outfit stayed together even as long as it did. But perhaps that is testament to the commitment and rightly held belief in what they were doing which lead to the pair of self issued discs which represent the unit's legacy.

Sell's darting trumpet still bears the hallmarks of his hard bop antecedents and, like Freddie Hubbard on Ornette Coleman's Free Jazz (Atlantic, 1961), can on occasion become somewhat repetitive. Scherf on the other hand parades a panoply of saxophone stylings from overblown squeals to multiphonics, with vocalized inflections and an attractive vibrato. On guitar König occasionally takes on the role of electric bass, but is at his most effective at the extremes of the guitar lexicon, while Schlick maintains a churning pulse, at times eschewing his cymbals to evoke a Teutonic Milford Graves.

As a group they sound ahead of their time. That's helped by the unconventional instrumentation and the swapping between instruments by everyone except Sell. The throbbing drums and guitar avoid steady meter. And while all anything goes between the composed segments, which take in tricky unisons and free-bop heads, the transitions convince as accomplished and natural. Some of the approaches are also novel such as the drone backing for a drum feature. However there are some aspects such as the post bop trumpet flurries and busy jazz rock guitar episodes which come across as dated.

The multifaceted "Frictions" -a continuous 37-minute cut -draws on compositions by both Sell and Scherf which are interpolated regularly within the kaleidoscopic expression. It starts in a vaguely menacing bucolic mood, with Scherf's tolling piano and Schlick's rumble offset by animated flute, presumably from König. Thereafter changes come thick and fast, as the charts serve as launch pads for intense exchanges. Particularly exciting are the passages featuring alto saxophone and trumpet in parallel streams of consciousness.

They abandon scores entirely for the second session two years later, but at some cost to their individuality. "Frictions Now Part 1" places even greater emphasis on spontaneous interaction, although Sell's considered lines add structural elements. Simultaneous blowing of horns remains potent, but the free for all sounds more generic. "Frictions Now Part 2" seems fresh in its restraint, exploration of tone color, gradual cumulative development and textural variation with König on double flute, and Scherf on oboe and the piano strings.

But notwithstanding any limitations, it's a great find.