Jose James and Jef Neve: For All We Know

By CHRIS MAY
September 6, 2010
Sign in to view read count 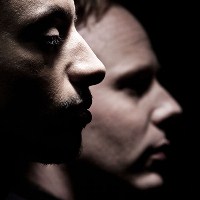 A newsworthy release, not just for the poised American songbook performances of Minneapolis-born, London-based singer José James and his accompanist, Belgian pianist Jef Neve, but also for its issuing label. The iconic Impulse! is not best known for vocal albums.

Under its present owners, Universal Music/Verve, the onetime home of the new thing and its standard bearer, saxophonist John Coltrane, was mostly dormant during the 2000s, aside from a burst of reissue activity mid-decade to coincide with the publication of Ashley Kahn's biography, The House That Trane Built: The Story of Impulse Records (Granta, 2006). James is the first new artist in over a decade to sign to Impulse!, and For All We Know is its first newly recorded release since pianist/harpist Alice Coltrane's Translinear Light in 2004.

James' arrival at the label doubtless owes something to the connection between Impulse! and London's Brownswood Recordings, which released James' debut album, The Dreamer, in 2007, and whose main man compiled Pure Fire! A Gilles Peterson Impulse! Collection (Impulse!, 2006). But the partnership isn't in itself a wholly strange one; in its 1960s heyday under producer Bob Thiele, Impulse! hosted the occasional singer, including Johnny Hartman, who famously recorded John Coltrane and Johnny Hartman (Impulse!, 1963). For All We Know isn't as synergistic a nod to the label's history as was Translinear Light, but a connection exists.

James' album is his second in 2010—following the DJ friendly, groovecentric Black Magic (Brownswood)—and according to the singer, it came about through serendipity: Neve filled in for his regular pianist at a concert in Brussels and the vibe was so strong that the next day the duo booked a studio and recorded the tracks, most of them first takes, during a single six hour session without a producer.

The nine tunes here are mostly ballads—the tempo picks up a little on "Gee Baby, Ain't I Good To You" and "Just Sqeeze Me"—and the standouts are "Tenderly," "Body And Soul," "Embraceable You" and an extended reading of Billy Strayhorn's "Lush Life." It's a spare but seductive album, on which James' smokey baritone voice, alone except for Neve's piano, weaves attractively anachronistic magic.

Autumn In New York; Embraceable You; Gee Baby, Ain't I Good To You; Body And Soul; When I Fall In Love; Tenderly; Just Squeeze Me; Lush Life; For All We Know.

About Jose James and Jef Neve