JEF NEVE - www.jefneve.be News : Jef Neve just recorded the music for his next album « Sons of the New World », written for his trio with added five woodwinds & brass and dedicated to the evolution of the new world, which will be released end October 2012 (Universal/Emarcy). He also made a first jazz video-clip, surounded by a bunch of talented young artists. Young pianist/composer Jef Neve has become a prominent figure in his homeland Belgium and his reputation is rapidly spreading to the rest of the world. The Jef Neve Trio performed at festivals like Paris Jazz, North Sea jazz, Vienna Jazz, Montreal Jazz Festival, London Jazz Festival , Vancouver Jazz, Veneto Jazz, Vossa Jazz, Blue Note Gent, Toulouse, Münster 'Jazz Inbetween', Lille Festival, Audi Jazz, Vitoria-Gasteiz, Madrid, Barcelona, Mexico, Monterey, Berlin, Athens, Middelheim, Rabat, as well as as tours in Canada, Japan, Australia, Mexico and concerts in Germany, Austria, England, France, Spain, Italy, Holland, Greece, Poland, Bulgaria, Czech Republic,.. The two first albums, « Blue Saga » and « It’s Gone », were best selling jazz album in Belgium and received great reviews, amongst others AllAboutJazz.com wrote : "From Belgium comes Jef Neve, an explosively gifted young pianist whose second album, It's Gone, is without question one of the best I've heard in 2005." In 2006 Jef Neve signed with Universal Music Belgium for his 3rd album "Nobody Is Illegal" which was released in 20 countries and put him immediately on the international scene, hailed everywhere as one of the finest artists of the young generation 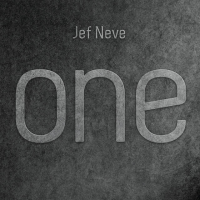 Jose James: No Beginning No End 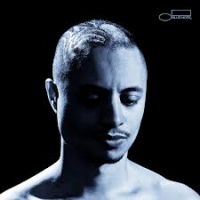 Sons Of The New World

Matteo Fraboni Quintet: This is My Music 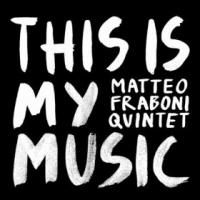 There is a fragile red line separating the concept of revolution from history. While the latter is strictly connected with time, the former is an exception to it: it is a nihilist diversion aimed at rebuilding our perspectives and ultimately our history. This is My Music is an intriguing challenge to the known canons of jazz. ...

Days 1-4 | Days 5-8 Gent Jazz Festival Bijloke Gent, Belgium July 14-17, 2011 The festival's second chunk customarily embraced music that was sympathetic to jazz, but moved into the territories of roots, rock, pop, soul, electronica, R&B and African music. All of these forms ...

Pascal Schumacher Quartet: Bang My Can 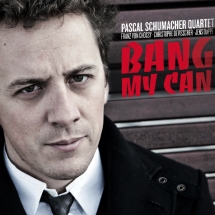 Bang My Can is the Pascal Schumacher Quartet's fifth album, and it finds the band expanding its range as it creates yet more fascinating music. Schumacher, the Quartet's Luxembourg-born leader, is an exceptional vibes player with a sparkling, fluid sound that is by turns romantic, cheeky, and dark. The band has been together in this lineup ...