By David Bittinger
July 6, 2013
Sign in to view read count 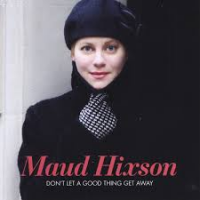 This collection of songs by veteran composer Michael Leonard has deep roots but contemporary character. It was laid down in New York's legendary Nola Recording Studio, whose clients have included Duke Ellington and Dizzy Gillespie. The outstanding instrumentalists—cornetist Warren Vache, bassist Steve LaSpina, guitarist Gene Bertoncini, and pianist/arranger Tex Arnold—have worked with such luminaries as Benny Goodman and Stan Getz.

In 2008, Twin Cities-based vocalist and music researcher Maud Hixson, working with Arnold, began reviewing the prolific work of Leonard (who remains warm-hearted today). Along with eclectic standards, they found songs that had been "hiding in plain sight" for years.

Leonard works mostly in the terrain of searching and loss that easily lends itself to sentimental cliché, but he's too sophisticated ever to work in the obvious. His songs have the gift of surprise.

This lifelong New Yorker was the songwriter on a 1965 Broadway adaptation of the acclaimed novel The Yearling. Though the show flopped, its songs survived, with four included in this release. The set also includes premiere recordings of four Leonard songs.

Every eye in the room is upon me now, I know, ah, but I love it.

To tell the truth, I'm so pleased and so proud of this moment, I could cry.

It would be folly to deny they all adore me.

The word I hear most frequently is "yes."

I'm growing weary of the word but still I bravely bear the burden of success.

The song shifts to a bouncy jazz rhythm, Barer's lyrics celebrating the irresistibility of the singer's odd appeal.

In "Just A Little Love Song," the mood is self-deprecating. A muted cornet joins the vocal sympathetically, followed by some well-chosen bass notes. The conceit of smallness creates another surprise.

Two previously recorded songs are freshly realized here. "Where Do The Lonely Go?" is a torch song that doesn't recall others of its kind, with Hixson's eloquent vocal spun around a quiet acoustic guitar. "Not Exactly Paris" is the story of a girl reminisced in maturity, written by two men who manage to recall the soul of youth, sung gorgeously by a woman who sounds twenty-something (she's not). Hixson's reading of Barer's lyrics on this wonder of a song is simultaneously touching and unnerving:

I've been hit on since I put on a training bra.

As for fear of cold rejection, I've had none.

There were avant-garde composers,

Even 'dem and 'dese and 'dosers, it was fun.

Though none of these 12 tracks exceed a mid-tempo beat, several swing nicely, especially "The Time Has Come," one of Leonard's children seeming to have one parent from Manhattan and another from Ipanema.

Savvy in her phrasing and gently virtuosic, Hixson is the perfect voice for these songs, as all five performers execute Arnold's elegant arrangements with chamber orchestra-like skill. The "Good Thing" here includes much that has been regrettably overlooked rather than repeatedly overworked. In an era when some jazz fans might regard traditional vocals as old news, this disc accomplishes a magnificent surprise.

Don't Let a Good Thing Get Away; I'm All Smiles; Growing Up Is Learning to Say Goodbye; Old World Charm; The Time Has Come; The Kind of Man a Woman Needs; Just a Little Love Song; The Spider and the Fly; Where Do the Lonely Go?; Not Exactly Paris; Why Did I Choose You?; Childhood's End 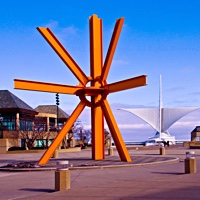 David Bittinger is a writer who lives in Brookfield, WI.