Vaché is a supremely accomplished, versatile and rare performer. He has been astounding audiences worldwide for decades with his superb cornet, trumpet and flugelhorn stylings. Through live performances and recordings, along with stage, screen, radio and television appearances, Warren conveys incredible warmth through his burnished tone and intelligent improvisations. He has performed and recorded with such luminaries as: Benny Goodman, Rosemary Clooney, Benny Carter, Hank Jones, Gerry Mulligan, Woody Herman, Ruby Braff and Bobby Short to name but a few. He can also be found in the company of such leading contemporaries as: Phil Woods, Jon Faddis, Terrell Stafford, Howard Alden, Jessie Davis, Alvin Queen, Brian Lemon, Tony Coe, Alan Barnes, Richard Wyands, Bill Charlap, Harry Allen, John Allred and the Lincoln Center Jazz Orchestra...the list is a virtual "Who's who" in Jazz, spanning every style in the history of the music. Warren Vaché has performed at every major jazz venue and festival throughout the globe from club dates at Condon's and the Blue Note to the Newport Jazz Festival, the North Sea Jazz Festival and Perugia in Italy, including concerts at Carnegie Hall, Lincoln Center, The Vienna Opera, and the Royal Festival Hall in London. Coupling a beautiful tone with a chance-taking style, Warren utilizes the complete range of the jazz vocabulary

During the early 1970s, New Jersey jazz fans would gather at the Chester Inn to hear Chuck Slate’s Traditional Jazz Band or at the Hillside Lounge (also in Chester) to see cornetist Wild Bill Davison, or alto saxophonist Rudy Powell, or guitarist Al Casey. In October 1972, under the leadership of the late Jack Stine, these ...

This year our seasonal Hanksgiving episode celebrates a musician of sumptuous elegance and sophisticated narrative and harmonic feel like pianist Hank Jones. As usual, we play a mix of albums that feature him as a leader, co-leader or sideman and renditions of his work by other musicians. Happy listening. PlaylistBen Allison “Mondo ...

In a plain, gray building off Edgecombe Avenue in Harlem, pianist, Emmet Cohen, gently hammers on his instrument, head bopping to the drum hits and bass thuds that reverberate along the plant-lined walls of his apartment. Thirty years old and one of the finest piano players to emerge in decades, the Miami-born and Montclair, New Jersey-raised ... 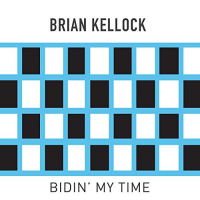 Some of the finest musicians in jazz music are among the most self-effacing people on the planet. The Scottish pianist, Brian Kellock, is one such personality. For almost three decades, Edinburgh-born Kellock has, more often than not, been the first-call pianist on stage and in the studio for jazz musicians such as Warren Vache, Scott Hamilton, ...

The Y's Jazz in July programing this summer included an evening celebrating the music of Clifford Brown on July 23rd—a treat for me as it was one of the few such tributes I've seen since Oxford U. published my biography of Brownie over a decade ago. The production included a panorama of Brownie photos projected onto ...

About Pete Coco A mainstay on the New York jazz scene, bassist Pete Coco recently released his debut album as a leader, Lined with a Groove, featuring drummer Matt Wilson and pianist Sullivan Fortner. The LP is an homage to his mentors and influences, with fresh arrangements of tunes by bassists including Ron Carter, ...