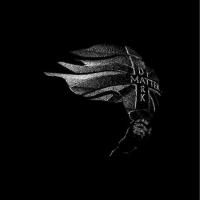 As half of the ferocious semi-free duo Binker and Moses with tenor saxophonist Binker Golding, and with a string of guesting and producing credits of biblical proportions, drummer Moses Boyd is among the most prominent of the cohort of London rebels who are reinvigorating British jazz. He emerged, alongside Golding, in singer Zara McFarlane's band in 2015, going on to produce her sublime jazz / reggae set Arise (Brownswood, 2017). He has released three albums with Golding—Dem Ones (2015), Journey To The Mountain Of Forever (2017) and Alive In The East? (2018), all on the Gearbox label—each one a landmark event.

Along with his contemporaries, Boyd is enriching jazz with styles such as Afrobeat, afrobeats, reggae, dub and—Boyd's speciality—grime. Collectively, their music is the sound of young multicultural London, and its vibrancy and eclectic palette is attracting an expanding audience, a large proportion of which is coming to jazz for the first time, by way of dance music. Boyd's first commercial hit was the dance single "Rye Lane Shuffle" in 2016, and Dark Matter—an audacious deep-strata blend of jazz and dance music—can be traced directly back to its blueprint and to that of Moses Boyd Exodus' 2018 album, Displaced Diaspora (Exodus).

Like Displaced Diaspora, Dark Matter includes many of Boyd's musician friends—including tenor saxophonist Nubya Garcia, pianist Joe Armon-Jones and tuba player Theon Cross—but unlike its predecessor, the new album is 100% Boyd's music. This time out the other musicians are guests, not collaborators in the true sense of the word. Boyd has folded, sampled, looped and post-produced their contributions to such an extent that they are often unrecognisable to their creators. "I was walking around with a hard drive for a long time," says Boyd. "I would go to people's houses and be like, 'Could you just record me this piano idea?' They're still baffled that they're on the album! They don't recognise themselves! Theon [Cross] will message me and say, 'Is this me on this track?' Or Joe [Armon-Jones] will say, 'Oh my gosh, I don't remember playing that.'"

Riding on top of Boyd's feral beats, and among uplifting dance / pop moments such as "Shades Of You," is a solid strand of straight-ahead jazz. Garcia's soulful tenor on "Stranger Than Fiction," for instance, or Armon-Jones' acoustic piano on "2 Far Gone," Boyd's tribute to Herbie Hancock. A social-political consciousness is always present, too. "I didn't sit down to write political songs," says Boyd, "but I was turning on my TV and seeing tower blocks burning and people being deported"—referring to Britain's Grenfell Tower and Windrush scandals—"I was seeing the NHS [National Health Service] on the brink [of underfunding-induced collapse]. I was responding to what was around me. There's a lot of darkness."

Among the guests is Gary Crosby, who is sampled on "What Now?" and "Hard Food Interlude." His presence is massively appropriate. In 1991, with his partner Janine Irons, the bassist and bandleader founded the Tomorrow's Warriors outreach programme, offering free tuition to young Londoners unable to afford paid lessons. Crosby and Irons have empowered a generation of players and practically all of Boyd's fellow travellers are Warriors' alumni. "Gary has always been a spring of wisdom for me," says Boyd. "He's got a very good perspective on stuff. So we just sat down and had a conversation. I knew he would say something of importance."

It may sound hyperbolic to say so, but in years to come we may pinpoint in Dark Matter Boyd's emergence as a new Quincy Jones, no less, a hit maker with jazz sensibilities. Time will tell. Meanwhile, the album confirms Boyd's standing as a major-league producer, one who is at home in dance music as he is in the post-John Coltrane / Elvin Jones tradition and who has a rare talent for bringing both together to their mutual benefit.

Stranger Than Fiction; Hard Food Interlude; B.T.B.; Y.O.Y.O; Shades Of You; Dancing In The Dark; Only You; 2 Far Gone; Nommos Descent; What Now?