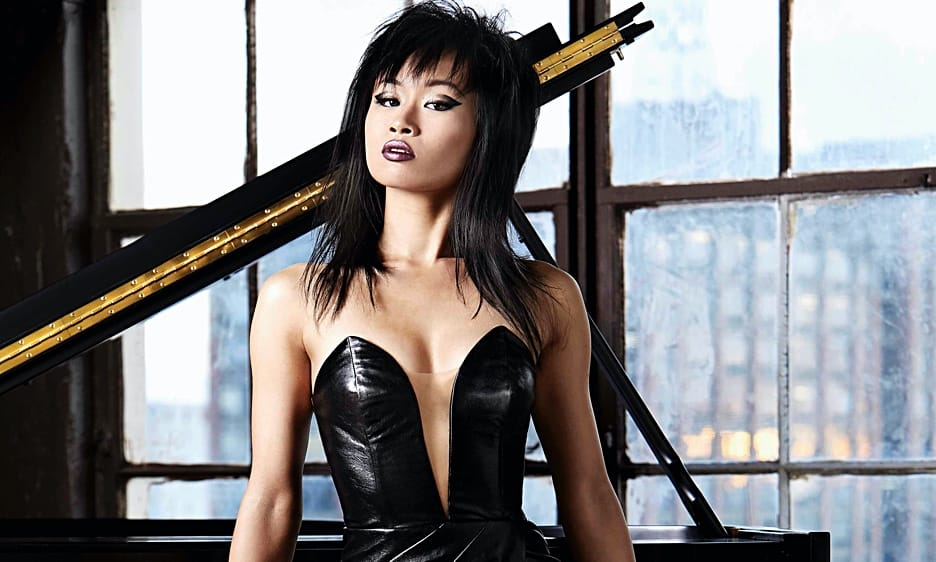 Combustible is the first word that sprung to mind as pianist Connie Han opened her first set by spring loading her wily rhythm-mates, bassist Edwin Livingston and drummer/musical director Bill Wysaske through a twisty, bop energy homage to Freddie Hubbard, which, as she explained in her opening intros, she had recently composed.

After some humorous banter concerning her soon to be released debut Crime Zone on Mack Avenue Records, she embarked confidently into one of the tunes from it. "Gruvy" settled quickly into its groovy salsa swing. Her hands kin to the keyboard, roaming purposely across the landscape. Livingston proved himself an expressive soloist as Wysaske held center and Han vibrantly accentuated and punctuated both solo and groove. "The End of a Love Affair" featuring a crisply played solo from Han, was a tough, swinging salute to Brill Street and served as a spunky notice that Han clearly knows where the music comes from and how she can bend it to her will. "Crime Zone" with its punchy back and forth between bass and piano, sprung instantly to life.

A soft, classical wash introduced a riveting read of Stephen Soundheim's "Pretty Women" and the trio took it full on. Mulgrew Miller's "The Sequel" proved a syncopated joy, drummer and bassist in tight, insistent synch step, allowing each other many vivid solo moments. A flash-pot version of one of Crime Zone,'s headier tracks "Southern Rebellion" closed the first set. Freed from the recorded version, the live performance evolved with virtuosic fire into a free jazz frenzy evidencing Han's fluency as an improviser.

A rowdy solo take on Joe Henderson's "A Shade of Jade" blew open the second set and saw Han commanding the stage like a seasoned vet. With her band mates back onstage, "Extended Stay" became a throttled frenzy, the trio more than animated and ready to take their place on any stage.

A confessed Star Wars fan, she introduced a new composition to honor director George Lucas. Tossing the story boards for forces unknown, "Elegy for George" crackled with taut cinematic energy; the trio boldly going forth between suns and stars. The second incarnation of "The Sequel" proved to be defiant of the earlier take. "Is That So" from pianist Duke Pearson gave sway to a lushly conceived Han solo as Wysaske added soft whispers with his brushes. The tune moved beautifully in accordance with New York's jazz history; showcasing the trio's innate resiliency as they then took on the moving wonderment of Mal Waldron's signature "Soul Eyes."

All of twenty-two, Han has a creative future ahead of her. Fortunately we'll be there with her.