By KARL ACKERMANN
September 15, 2017
Sign in to view read count 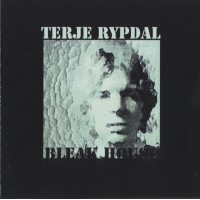 Psychedelic rock was hardly a recognized genre in 1967 Norway, but it was where a self-taught guitarist, barely out of his teens, made a brief stop on his way to becoming a global force in music. Terje Rypdal recorded a single album with a group called The Dream that year. The group subsequently signed with Polydor Records and disbanded before recording again. It proved to be an open door for Rypdal as he stayed with the label under cover of his new band with Jan Garbarek and Jon Christensen. Bleak House was originally released in 1968 and now Round 2 Records has licensed the groundbreaking album for re-release.

A joint venture between Norwegian record store Big Dipper and an independent label, Jansen Plateproduksjon, Round 2 has a goal of re-releasing both classic and obscure Norwegian albums, on vinyl. Since 2015 the label has released a selective seven albums leading up to Bleak House which was culled from three live concerts that occurred in October 1968 in Germany. A number of Norwegian musicians make sporadic appearances including tenor saxophonist Knut Riisnæs and pianist/organist Christian Reim, a holdover from The Dream.

Side A opens with "Dead Man's Tale" a beautiful and bluesy piece that features Rypdal on guitar and flute, adding a vocal performance as well. Reim's Hammond organ reverberates with the sound of the British Invasion of the 1960s. "Wes" is Rypdal's tribute to Wes Montgomery, but more in spirit than practice. With ten horns participating, the number has a frenzied pace that owes much to Rypdal's mentor George Russell. Winter Serenade is a three-part suite beginning with "Falling Snow," a discreet duet with Rypdal and Reim. The "Snow Storm" movement is given some menacing life with the searing saxophones of Garbarek and Carl Magnus Neumann before Reim ushers in the tranquility of "Snow Melts." Side B begins with the title track, its scope and sound reflecting the 1960s changing jazz scene in Europe with a collective avant-garde swing. "Sonority" and "A Feeling Of Harmony" close the side with pulsating heat and light.

The reissue of Bleak House gives us a lot to unpack. From a historical perspective, it represents a bridge in the European transition from jazz-rock into their unique avant-garde/free jazz hybrid. For Rypdal—even at this early stage of his career—his incorporation of post-bop, fusion and avant-garde, into a cohesive album, was a peerless feat of imagination. Rypdal has always been a heady composer, capable of floating intoxicatingly discordant melodies, impressionism such as that on "Winter Serenade," or an unearthly sadness in his reflective pieces. Bleak House is a timeless and important recording and a pleasure to hear in this remastered format.