BY BRUCE LINDSAY
September 15, 2017
Sign in to view read count 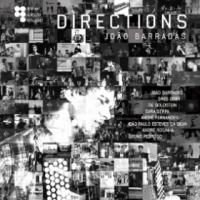 Since childhood, Portuguese accordionist João Barradas has been winning awards on his instrument at national and international level. His undoubted talent on his chosen instrument—and its midi version—is on display throughout Directions, his first album as leader. So, too, is his talent as a composer—all but one of the tracks are his original compositions.

Barradas is accompanied by his excellent Portuguese quartet across these tunes and is joined by guests Greg Osby (who also produced), Gil Goldstein and Sara Serpa on selected tracks. Saxophonist Osby first appears on the punchy but rather bizarre "Expressive Idea"—a tune featuring Barradas' midi-accordion and centered around a recorded conversation between Wayne Shorter and Joe Lovano on which Barradas matches the cadences and rhythms of the speakers' voices.

Directions demonstrates two sides of Barradas' talents—the influence of what might be called the "accordion tradition" on tunes such as "Letter To Mother's Immersion" (featuring some fine guitar from André Fernandes), "Homeric Hymn" and the forceful "Amalgamat" and the freer, more contemporary, vibe to be found on "Expressive Idea," "Unknown Identity," "Ignorance" (all of which feature Osby) and the angular rhythms of "Amalgamat (Outro)" where Serpa's wordless vocal adds an ethereal atmosphere. "Homeric Hymn" combines both approaches, opening in the tradition before moving towards a more contemporary sound. Goldstein's composition, "Tiling The Plane," is a twin-accordion piece: apparently based on "Giant Steps" it's an interesting shift of pace but the return of the band on "The Red Badge Of Courage" is welcome.